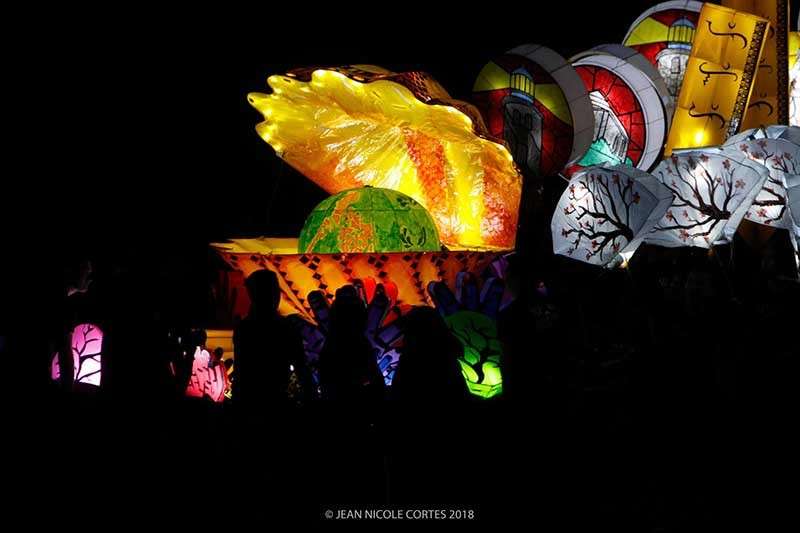 BAGUIO. Saint Louis University students and staff light up Baguio City with their intricately made lanterns during their 10th lantern parade along Session Road on December 1. (Photo by Jean Nicole Cortes)

CHRISTMAS time, not Panagbenga or even Holy Week break is currently Baguio City’s peak season, according to the tourist statistics report of the City Tourism and Special Events Office.

The data which were supplied to the Department of Tourism and the Philippine Statistics Authority showed that from 2015 to 2017, the city posted the highest number of tourist arrivals covering local, foreign and balikbayan visitors in December.

“Consistent growth is observed through the months with double-digit gains except for the months of March and June. However, highest volume is seen in the month of December with a total of 198,599 tourists,” the report noted.

Every year for over 20 years now, the activity has been mounted as the city’s flagship offering of colorful yuletide events for both residents and tourists who spend the holidays in the city.

As in the past years, the merrymaking began December 1 with the traditional Children’s Mardi Gras and the Lantern Parade, now a joint undertaking of the St. Louis University and the city government.

Both activities are certified crowd-drawers by themselves.

A string of diverse activities have also been scheduled throughout the month including religious and gift-giving activities, anniversaries and festivals, trade fairs, musical performances and contests and sports treats.

According to the report, the 2017 data were collected from 100 out of 187 accredited and non-accredited licensed accommodation establishments in the city which is equivalent to 73.72 percent of rooms surveyed.

“It should be noted that data from alternative accommodation establishments such as homestay facilities or transient homes, serviced apartments and dormitories are not included, thus tourist arrivals data is understated,” the report said.

The tourism office uses the date on the volume of tourists to analyze tourist traffic, guests’ seasonality and volume of guests being served per type of size or location of accommodation establishment.

The report further said that domestic tourists continue to dominate the market representing 96.66 percent of the total number of tourists while foreign and overseas Filipinos represent 3.32 percent and 0.02 percent respectively.