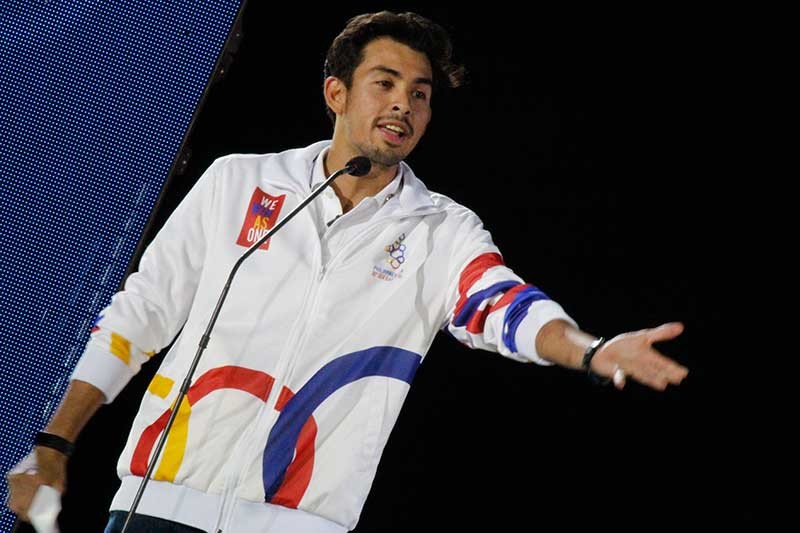 ANGELES CITY-- Keep dreaming big so the bigger you dream, the farther you get.

This was the message of two-time Southeast Asian Games (SEA Games) Gold medalist Nikko Huelgas to fellow athletes during the One-Year Countdown for SEA Games 2019 held recently at Bayanihan Park.

Huelgas, also the chairperson of the Philippine Olympic Committee Athlete’s Commission, shared the journey of achieving his dream of becoming a national athlete and eventually bringing home gold medals in the triathlon event of the SEA Games.

“We [the Philippines] last hosted the SEA Games back in 2005 and if I can remember it correctly, I was just 14, a young high school student playing badminton as a varsity and at the same time, I didn’t know about anything about the SEA Games,” Huelgas said.

He shared that he dreamed of becoming a national athlete realizing the essence of sports in the community.

“It’s not about only the games — it’s about hearing the word national athlete — and being a national athlete, being an inspiration, being a role model and what it does to the community,” he said.

Huelgas urged his fellow national athletes to serve as inspiration to the youth and to those looking up to their dreams.

“To all our national athletes, I wish you guys that you give your very best in order for this event to create an impact not only to athletes but to everybody here in the Philippines and in Southeast Asia that we can make a difference,” he stressed.

Huelgas is the first Filipino athlete to win the Gold medal in the SEA games triathlon in 2015 in Singapore and successfully defending his title in the following meet in 2017 in Malaysia.

It carries the theme “We Win as One” which encapsulates unity, togetherness, and singularity of purpose and the desire to work together in a diverse community to achieve peace, progress and inclusivity. (PR)