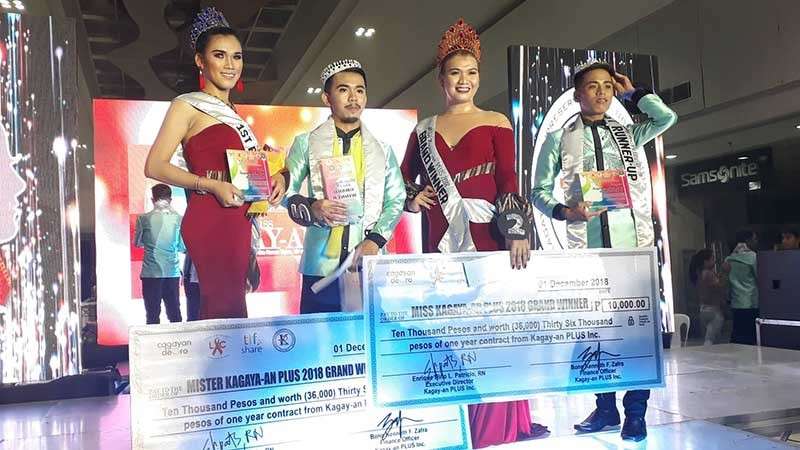 CAGAYAN DE ORO. The winners of this year's Mister and Miss Kagay-an PLUS during the coronation night last Saturday, December 1. (Jo Ann Sablad) 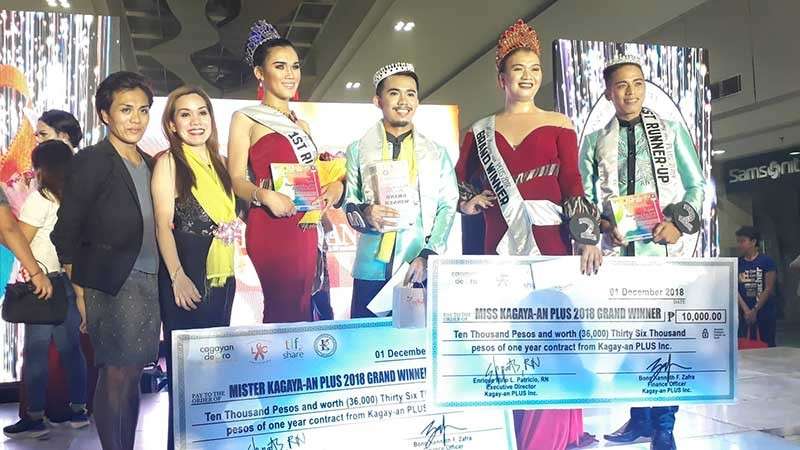 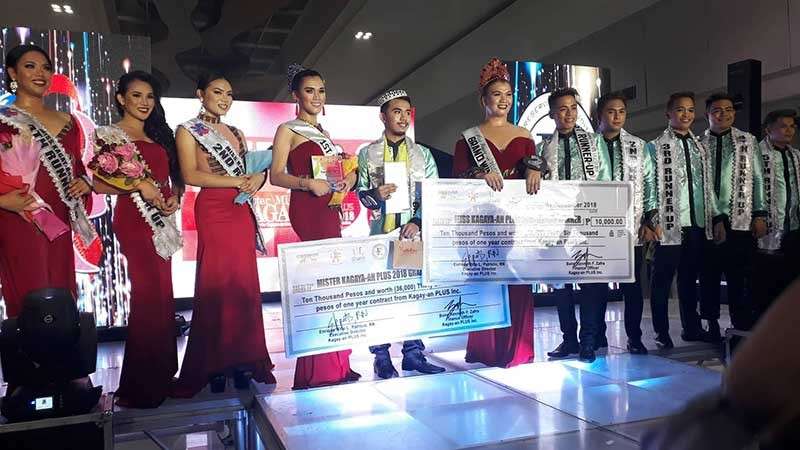 CAGAYAN DE ORO. The grand winners and the first runner ups together with the members of the Kagay-an PLUS (Preserving Life, Uniting Society) Inc. (Jo Ann Sablad)

“Actually, I didn't expect nga ako gyud makadaog kay among all the candidates for the transgender women, I am not the prettiest, I am not the sexiest. But I believe I still can compete sa ilaha kay I know that this pageant is not just about beauty, body or brain, it is about how you promote, your willingness, your commitment sa ani nga organization para makatabang sa ubang tao (to help other people),” Matulac said.

The Mister and Miss Kagay-an PLUS is a search for the next Human Rights, HIV (human immunodeficiency virus) and Aids (acquired immunodeficiency syndrome) ambassadors of Cagayan de Oro City, conducted by Kagay-an Plus (Preserving Life, Uniting Society) Inc.

According to Enrique Niño Patricio, the executive director of Kagay-an Plus, what they are looking for as their ambassadors are “peer educators with a heart and right attitude.”

For Gemini and Reynan, winning the pageant will give them the opportunity to continue their advocacy as peer educators, especially when it comes to combating discrimination and stigma towards people with HIV and the LGBT community.

“When people discriminate you, slap them with kindness. It is the best way to stop discrimination. Be kind to them and educate at the same time of what they need to learn,” Gemini said.

He also shared that his drive to help the organization with their advocacy came from a person close to his heart who died from Aids complication.

According to Reynan, that person was the one who taught him to be independent, to be strong and to stand on his own.

This year's Mister and Miss Kagay-an Plus also shared their plans as the HIV, Aids and human rights ambassadors of the city.

“My plan for this year is makig-coordinate with the schools, the universities, colleges and institutions para pud nga dali ra kaayo ang pag-deliver or pag-spread sa information about HIV,” Reynan said.

For her part, Gemini said she would start educating those who are close to her first, such as her friends, family and relatives.

The first Mister and Miss Kagay-an Plus started in 2016. Patricio said it came out from the thought of engaging the key population through pageantry with a cause.

The event advocates not only the HIV but also the SOGI or sexual orientation and gender identity.

“As of this moment and this batch, we are so very proud of them because in one month and 24 days, they were able to get around 300 plus na nagpa test. And out of it, sobra 20 ang nag positive,” Patricio said.

“Hopefully by next year, it (the pageant) will be big and it will be greater than this,” he added.