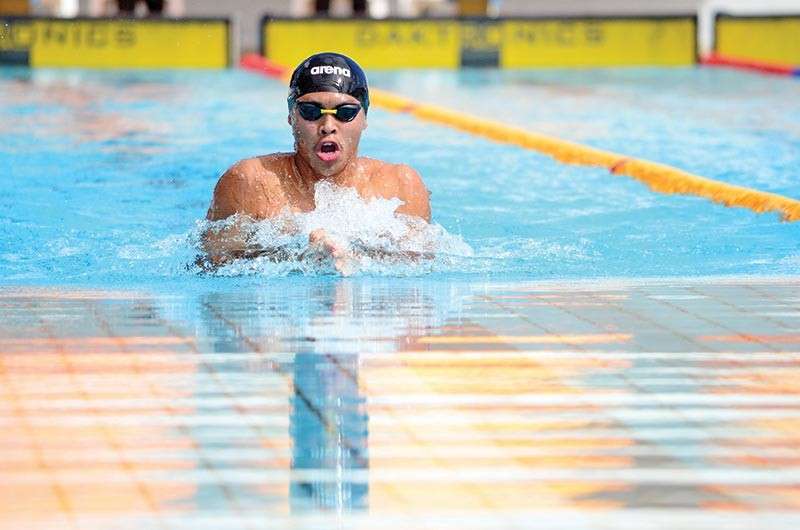 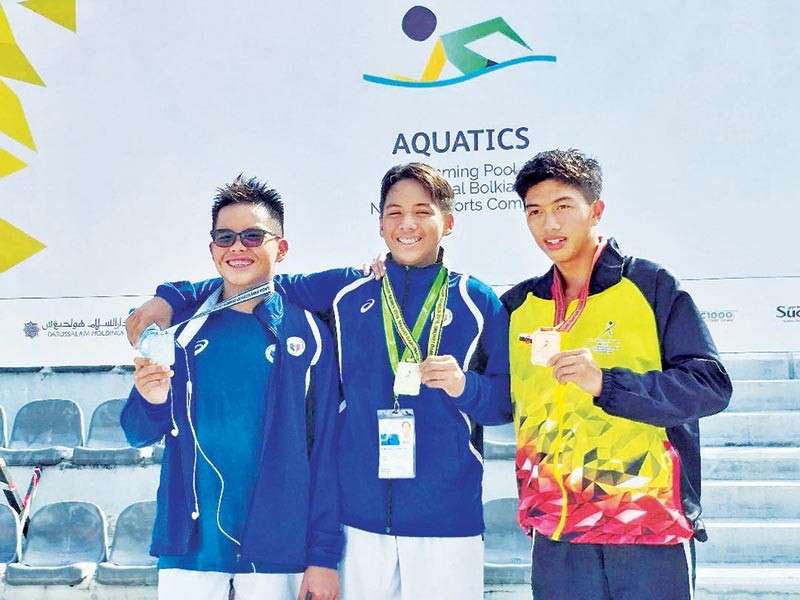 Davao City head of delegation Mikey Aportadera, who cheered for the Dabawenyo swimmers along with Philippine Sports Commission (PSC) Commissioner Charles Raymond A. Maxey lauded them for their efforts.

“I am always proud of Davao City and Mindanao athletes. It's not about the size since others were taller and bigger than them. But even before leaving the city I already told them to play with their hearts and that's what we have seen here,” the Sports Development Division of the City Mayor's Office (SDD-CMO) officer-in-charge said.

Commissioner Maxey, for his part, thanked the swimmers for representing the country. He also encouraged those who failed to win medals to “never lose hope” as they are still young and they can always bounce back.

Del Rio, 15, a Grade 9 student of Ateneo de Davao University, raised his arms in victory after checking in at two minutes and 3.95 seconds in men's 200-meter freestyle finals. He raced past fellow Dabawenyo Eirron Seth Vibar who salvaged the silver and Brunei Team A's Nur Haziq Samil who settled for bronze.

Del Rio, who was urged by her mother to take swimming during preschool since he was diagnosed with asthma, still could not believe his feat. “It's my first international games and I got the country's first gold. I really did not expect this. I just wanted to win the gold and determined to win the gold despite knowing that an Australian team is also competing,” he said in an interview with SunStar Davao after his race.

He trained six days a week under Ateneo coach Sam Alcos for the tournament - one hour in the morning before his classes and two hours in the afternoon after his classes.

He thanked God for the win and his mother Elaine, a manager of the Philippine National Bank in Davao, for supporting him all these years. Del Rio will still see action in two more individual events.

He was born in the Island Garden City of Samal. He later studied at the Davao City National High School before he moved to the University of Mindanao on his 11th grade. He competed under Davao City and Davao Region in the Palarong Pambansa for six years and accounted for one silver and three bronzes.