Editorial: Not the big fishes 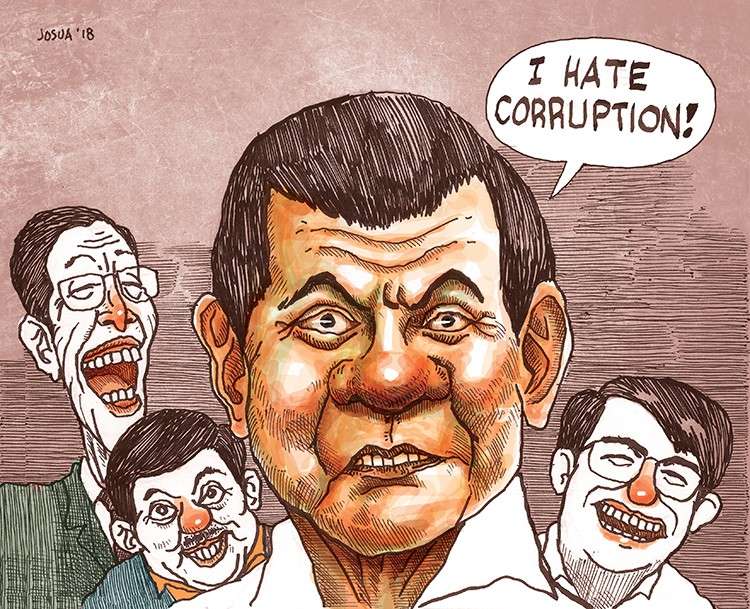 FORMER senator Ramon “Bong” Revilla Jr. is now free to make movies again after the Sandiganbayan acquitted him of plunder.

Or he can do what is expected of him after he filed his certificate of candidacy for senator in the May 2019 midterm elections: campaign. He and his close pal Jinggoy Estrada, who is also running for senator, can even campaign together. Estrada is out on bail. Sen. Juan Ponce Enrile can join them on the road. He is also free for age and health reasons but is running for senator like Revilla and Estrada nevertheless.

Okay, Revilla has not been totally freed of the cases filed against him in relation to the misuse of his pork barrel, or Priority Development Assistance Fund. The heinous plunder case is out but he is still facing 16 counts of graft. He posted bail for those still pending cases so he is officially out of detention.

Now it is up to the country’s legal minds to help us digest the Sandiganbayan ruling that Sandiganbayan associate justice Geraldine Faith Econg, a Cebuana, admitted to be quite unpopular. But the initial impression that one gets from this is that the legal system is seemingly retreating after the launching of legal offensives when the so-called pork barrel scam whistle blower Benhur Luy surfaced.

Politically, there also seems to be a resurgence with former president Gloria Macapagal-Arroyo, also jailed for a time before for a plunder case, now the Speaker of the House of Representatives. The House has passed a proposed P3.8 trillion national budget for 2019 that Sen. Panfilo Lacson said contains pork barrel again. Arroyo’s district even got P2.4 billion worth of projects.

By the way, the Sandiganbayan did convict Janet Lim-Napoles and Revilla’s aide Richard Cambe of plunder and sentenced them to life imprisonment (20 years and one day up to 40 years in jail). But it looks like many people don’t consider Cambe and Napoles as the really big fishes in the pork barrel scam.