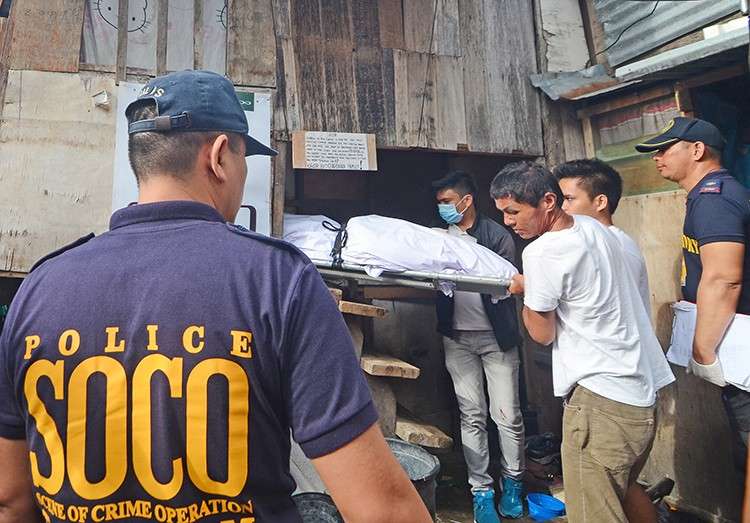 Dawn violence. The body of drug surrenderer Lemuel Guardiana is carried out of his house in Barangay Tabok after he was shot several times by unidentified men around 4 a.m. on Friday, Dec. 7. (SunStar Foto / Alan Tangcawan)

Past 7 p.m. last Thursday, Dec. 6, Eduardo Baclohan, 32, died in an alleged shootout with anti-narcotics operatives in a drug bust in Sitio Villamanga, Barangay Umapad. He was a former member of the Traffic Enforcement Agency of Mandaue (Team).

Team dismissed Baclohan early this year after he went absent without official leave. He reportedly stopped working after he refused to undergo a drug test.

During the drug bust, Baclohan ran after realizing he was dealing with the police. He allegedly pulled out a gun and aimed at the poseur buyer.

The officer’s fellow operative shot and killed Baclohan. Seized from him were 11 packs of “shabu.”

The victim had just arrived from a bingo game when the attack took place.

Initial investigation showed that Guardiana may have been killed by a drug group for frequently failing to remit proceeds from his drug sale. From FMD of Superbalita Cebu / KAL