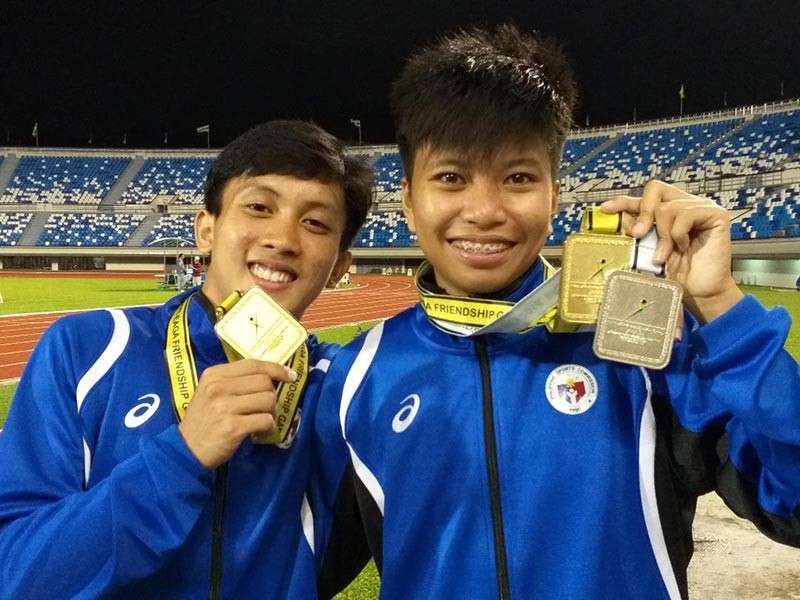 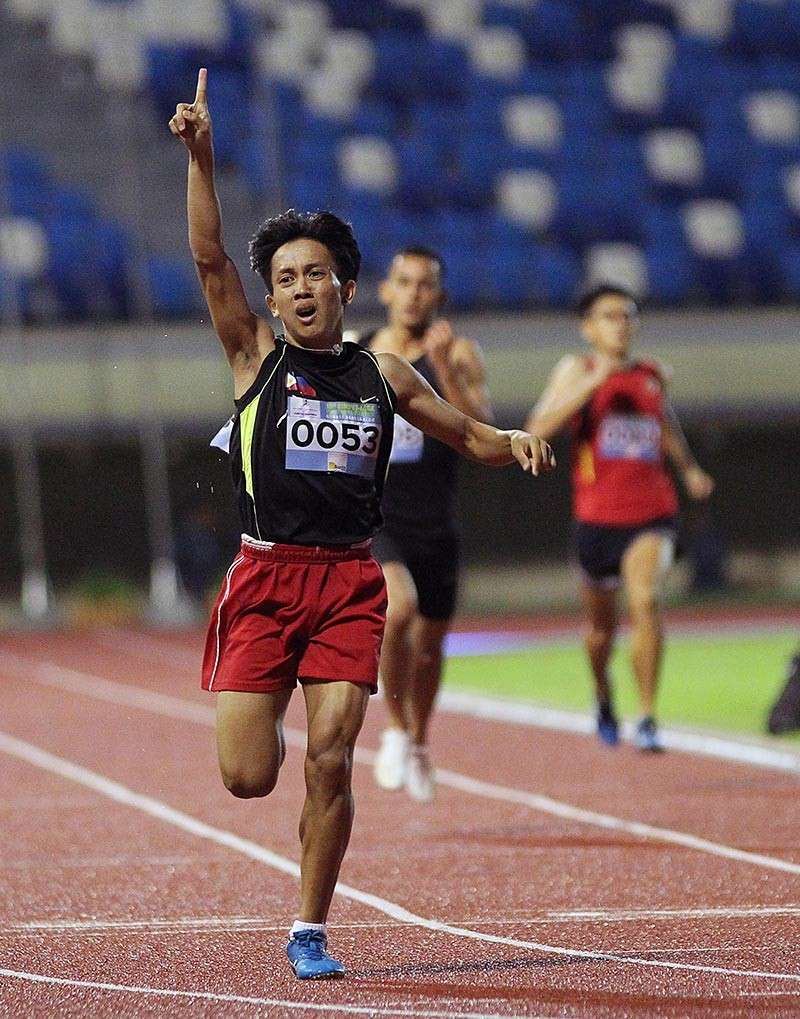 Lumapas, 18, a Grade 12 Humanities student at National University, first pocketed the country's gold after clocking 57.47 seconds in women's 400 meters. She raced past Nurfadillah Mulyadi (1:00.71) of South Sulawesi and Puteri Nur Safirah Gajali (1:02.22) of Sabah who copped the silver and bronze, respectively.

The golden feat came on the heels of taking a silver in women's 100-meter dash. She only had a three-minute rest before running the 400.

She was also a silver medalist in the same event in the Asean Schools Games.

He was trailing bets from Northern Territory, Malaysia and Indonesia in the first 150 meters.

The 18-year-old, who is also an NU varsity scholar like Lumapas, said, he can't thank God enough for the blessings he has been receiving.

Standing at five-foot-three, Cabalo was the smallest runner among eight finalists, yet, he stood out and surprised them and the rest of the spectators.

He even heard Australians cheering him on and shouting at the grandstand, “Go Pandak!”

He dedicated his gold to mother Imelda who single-handedly raised him through dressmaking in Palawan.

Davao City's Diana Mae Memoracion, for her part, lost steam in the second lap to place fourth in the women's 1,500m finals. She said that her legs and feet already gave up. She hopes to recover in the 800m set Saturday evening. (MLSA)