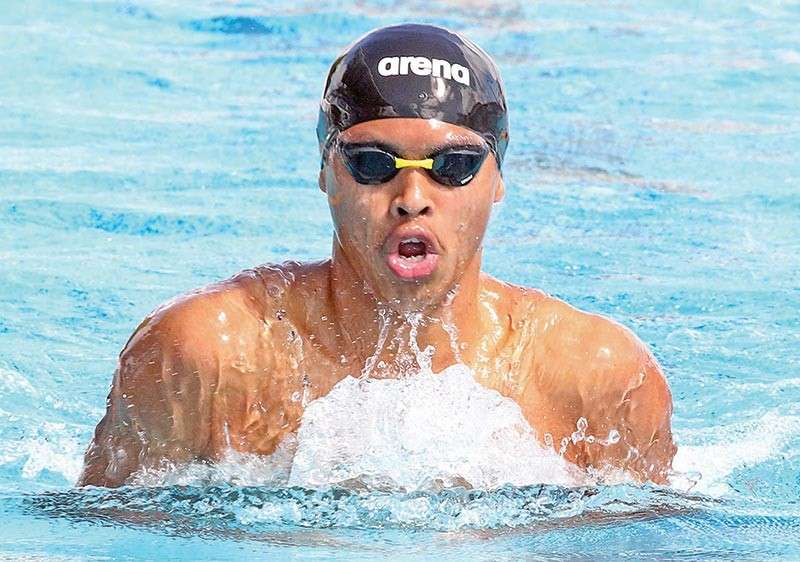 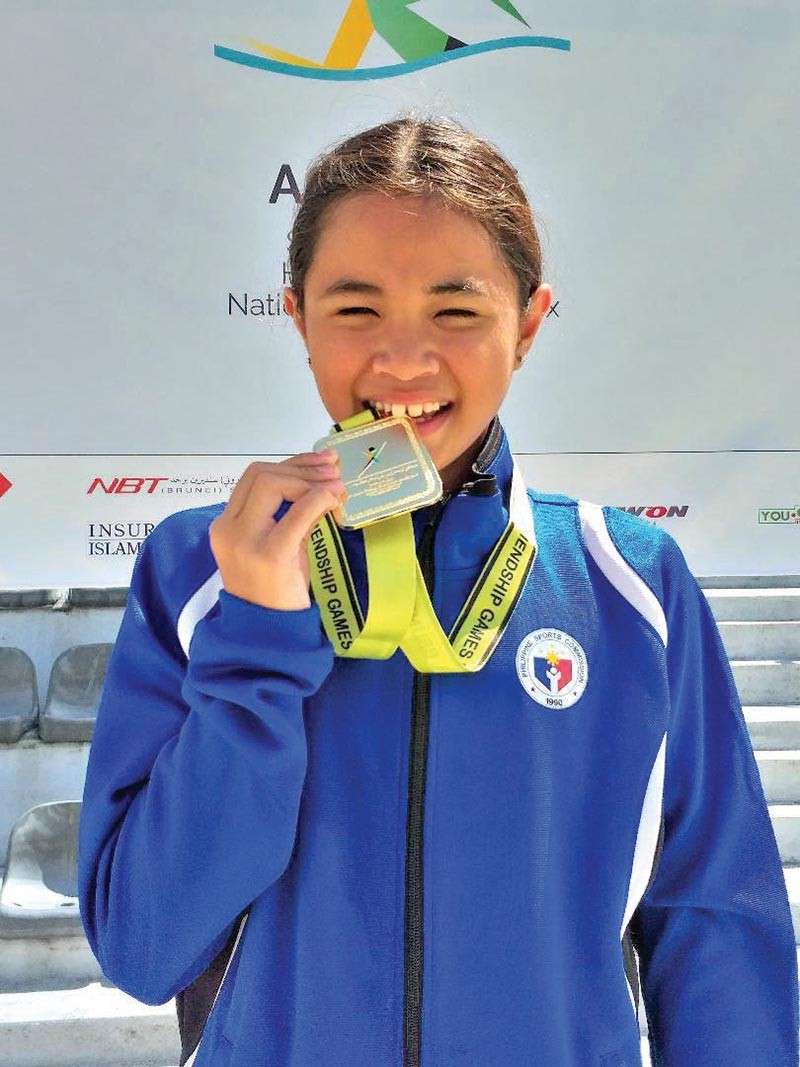 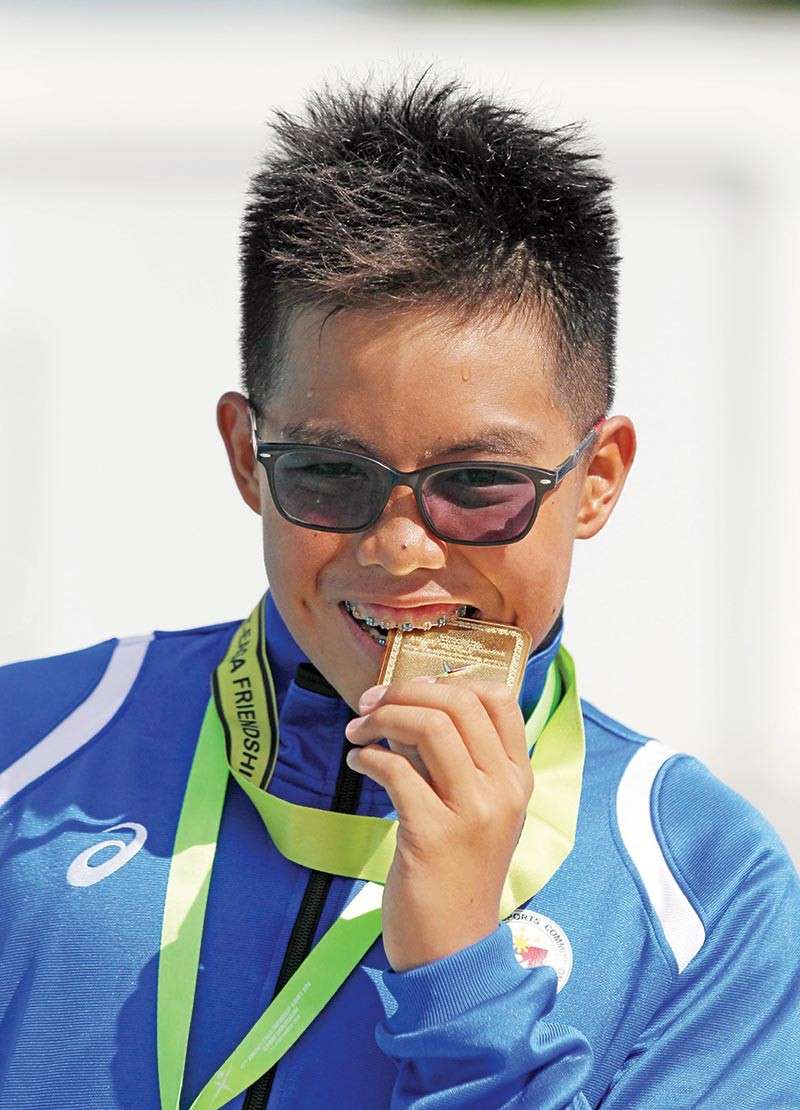 Fritz Jun Rodriguez, who won the 50-meter breastroke Thursday, followed it up with another golden finish in 100-meter breastroke as the swimfest resumed at the Hassanal Bolkiah National Sports Complex Saturday.

He registered one minute and 9.59 seconds over Darren Ngui Moh Gin of Sarawak, Malaysia (1:09:61) and Dabawenyo Edward Alfaro III (1:11.28) who settled for silver and bronze, respectively.

Rodriguez, 17, of San Beda University, is seeing action in the Games for the first time. Thus, clinching gold medals was more than he could ever hope for.

“This is overwhelming, I am so thankful for this experience. I really did not expect to win the gold, I thought I would only end up with a silver,” Vibar, also an Eaga Games newbie, said. He also thanked his coach, teammates and his family for their support.

In women's 200m backstroke, Abbas Orchard School's seventh grader Lora Micah Amoguis, 12, proved that size and age don't really matter as she bested bigger, taller and older rivals to claim the gold. She timed 2:35.61 while Sabah's Janet Fabian (2:38.45) and South Sulawesi's Wan Agustina (2:39.43) wounded up in the next two places.

“It's unexpected because in my first event, 100 backstroke, I really did bad because I was milliseconds away from the third. I told myself I won't make that same mistake ever again so I prayed to God if it's time to get a medal or just to have fun. But I said, `It's for you Lord, my Mom and my Dad',” she shared after receiving her medal.

Amoguis said she's used to competing against bigger opponents, adding, “Whether they are bigger or faster, I will just do my best. When you do your best you will feel happy about it.”

She eyes to win at least one gold in three events that she will still be competing in.

Other swimming events resumed as of Saturday.