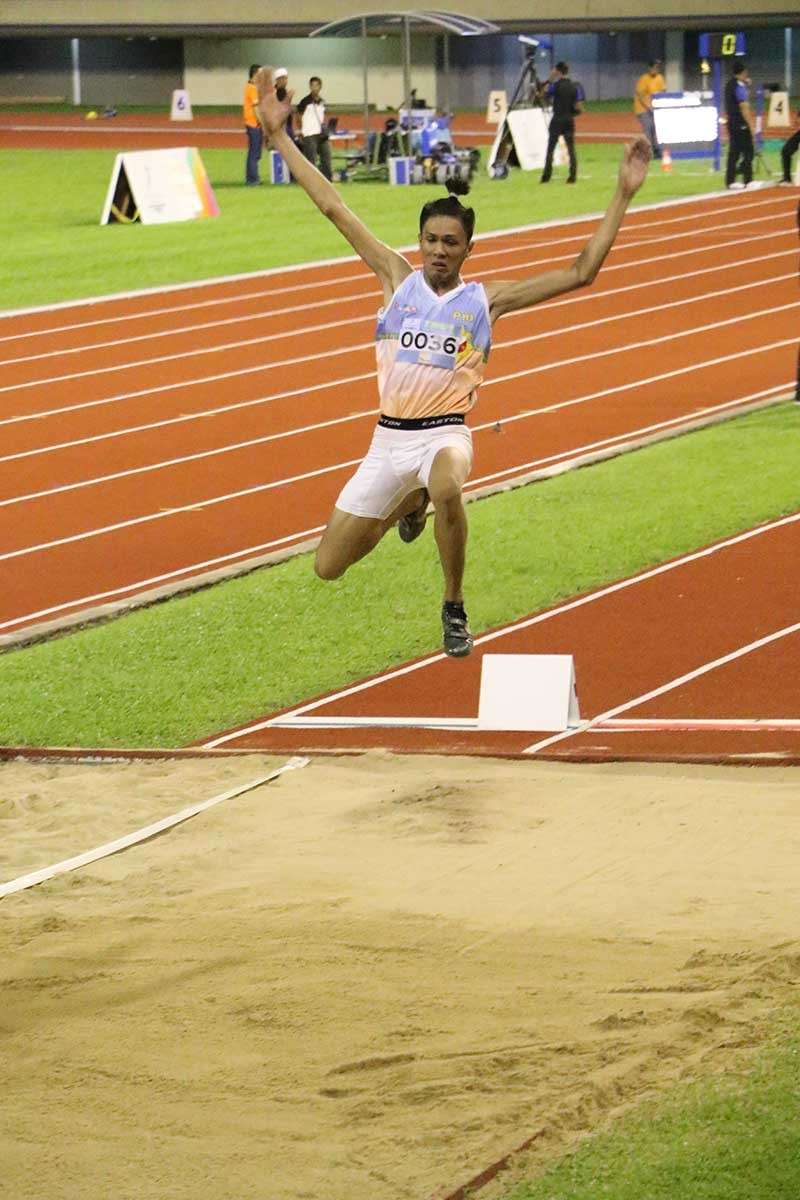 A Grade 12 student at the University of Mindanao (UM), Caseñas said he made his best record in his final attempt.

"Gi-expect ko na makuha ang gold after sa ikatulong ambak kay nag-una nako. Kahilakon ko gabii sa kinalasang ambak nako (I expected to win the gold after the third jump as I was already leading. I was teary-eyed during my last jump)," he told SunStar Davao in an interview at the Wafa Hotel and Apartement, the temporary residence of the Filipino delegates here.

It can be recalled that last Friday, the team suffered a medal shutout.

Caseñas said that their coaches led by Emilio "Toto" Lacanaria conducted a meeting after the first day action debacle.

He also dedicated his gold to his grandfather who passed away last January 2018 and to his grandmother who also died in September.

Meanwhile, Palawan's Jhon Lloyd Cabalo lived up to his promise by bagging the men's 800m gold after topping the men's 400m.