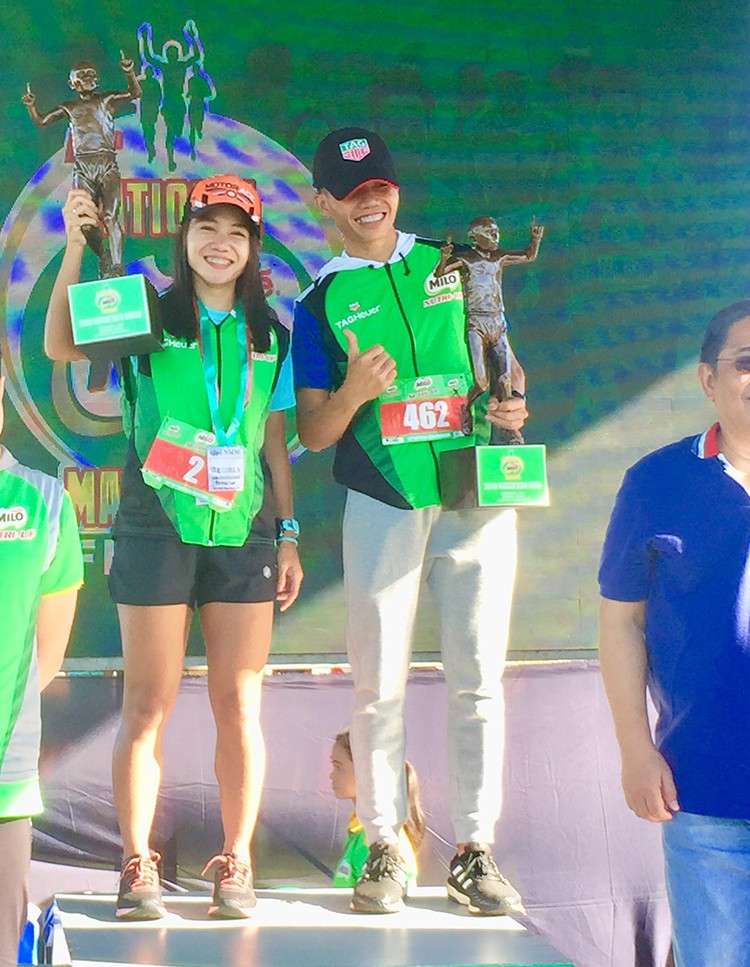 CEBUANA marathoner Mary Joy Tabal continued to pad on her legacy after claiming an unprecedented six-peat in the women’s 42-kilometer category of the 42nd Milo Marathon Finals in Laoag City, Ilocos Norte on Sunday, Dec. 9.

The 29-year-old Tabal breasted the tape in two hours, 56 minutes and 31 seconds, which was her second slowest time in six titles. But Tabal was still the runaway winner in the All-Filipino women’s division despite her time.

The Barangay Guba, Cebu City native said that it was a great feeling to win the country’s biggest running event for sixth straight year, but it was not the time she had hope for.

“To be honest I’m not one hundred percent satisfied with my performance. I believe there’s always room for improvement,” said Tabal.

“When we did the test run, we saw that it was really challenging. That was the time that we decided to change the game plan. My coach (John Philip Dueñas) told me to just focus on defending the title and finish the race safe. We just forgot about setting a record time,” she said.

“I dedicated this race to my father. This race was like about overcoming what happened last year. Actually, a night before the race I was crying since I felt the presence of my father,” said Tabal, whose father, Rolando, died last year hours before winning her fifth crown.

Tabal, the Southeast Asian (SEA) Games gold medalist, eyes next the Olympic qualifiers in Japan next year before defending her crown in the 30th SEA Games in December.

Cebu-based runners Keenanlou James Caburnay and Joseph Arnel Emia settled at seventh and ninth place in the men’s division with times of 2:36:56 and 2:38:14, respectively. RSC