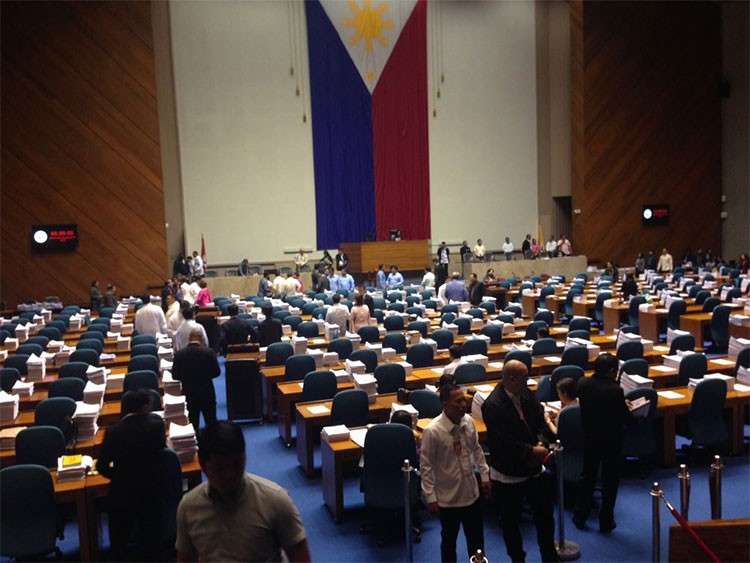 MANILA (Updated) -- The Senate and House of Representatives, voting 235-28-1 in a joint session Wednesday, December 12, approved a resolution extending for the third time the martial law in Mindanao until December 31, 2019.

Both houses of Congress also extended the suspension of the privilege of the writ of habeas corpus, which would allow law enforcement agents to arrest persons of interest even without a warrant of arrest.

Twelve senators voted in favor of the extension, five objected, and one abstained. In the House of Representatives, 223 voted in the affirmative, 23 negative, and zero abstention.

Members of the 17th Congress voted on President Rodrigo Duterte’s request for another martial law extension around 12:55 p.m. Wednesday, some three hours after they started deliberations and a year after they approved the second extension.

The Congress voted to extend martial law for the second time at about the same time in 2017, on December 13, less than six months after the lawmakers first extended Duterte’s martial law declaration.

Duterte declared martial law in Mindanao a few hours after hostilities broke out in Marawi City. As the Marawi conflict continued to rage, Congress extended martial law to end-2017 on July 22, 2017.

Congress approved the second extension on December 13, 2017 despite the cessation of hostilities in Marawi in October. The reason cited for the extension until December 31, 2018 was the continued presence of armed groups and local terrorists in Mindanao.

In his letter to the Congress, the President said certain groups such as the Abu Sayyaf Group (ASG), Bangsamoro Islamic Freedom Fighters (BIFF), Daulah Islamiyah (DI) and other terrorist groups have continued to defy the government and perpetrate hostile activities.

The President also cited as grounds for martial law extension the recent bombing incidents such as the Lamitan City bombing in July 2018 that killed 11 and wounded 10 others; the Isulan, Sultan Kudarat IED (improvised explosive device) explosion last August 8 and September 2 that killed five and wounded 45; and the Barangay Apopong IED explosion that wounded eight. (Keith Calayag/SunStar Philippines)