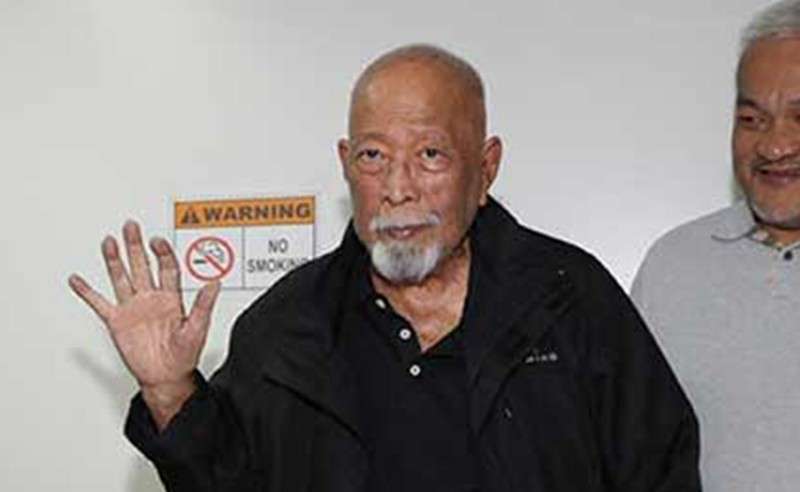 FORMER Pampanga 1st District Representative and Angeles City Mayor Carmelo Feliciano Lazatin, known to many as “Tarzan,” passed away Wednesday morning, December 12 at the age of 84.

Families and friends mourn the death of Lazatin, one of Pampanga's political icons.

Lazatin, according to his family, succumbed to cardiac arrest or cardio-pulmonary failure secondary to hepatorenal and hepatopulmonary syndrome and endocarditis at his residence in Barangay Telabastagan, City of San Fernando, Pampanga at exactly 7:40 a.m.

He was the incumbent chairman of Barangay Balibago, Angeles City at the time of his death.

He was known to be the father of resettlement centers in the First District of Pampanga, being instrumental in the creation of housing sites, such as those in Mawaque and Madapdap in Mabalacat, Epza in Angeles City and San Isidro and Sta. Lucia in Magalang.

He was also the father of Mabalacat City, having authored Republic Act 10164, the Act Converting the Municipality of Mabalacat in the province of Pampanga into a Component City.

Lazatin was also the first Angeles City mayor to be elected for three consecutive terms.

It was during his term that Angeles City was able to provide affordable housing to 15,000 families, computerized all revenue-generating offices and attained the ISO certification in 2002. Angeles City was then the first ISO-certified local government unit outside Metro Manila.

Lazatin's remains have been cremated. Details of his wake are yet to be announced as of Wednesday afternoon. (Reynaldo G. Navales/with PNA)