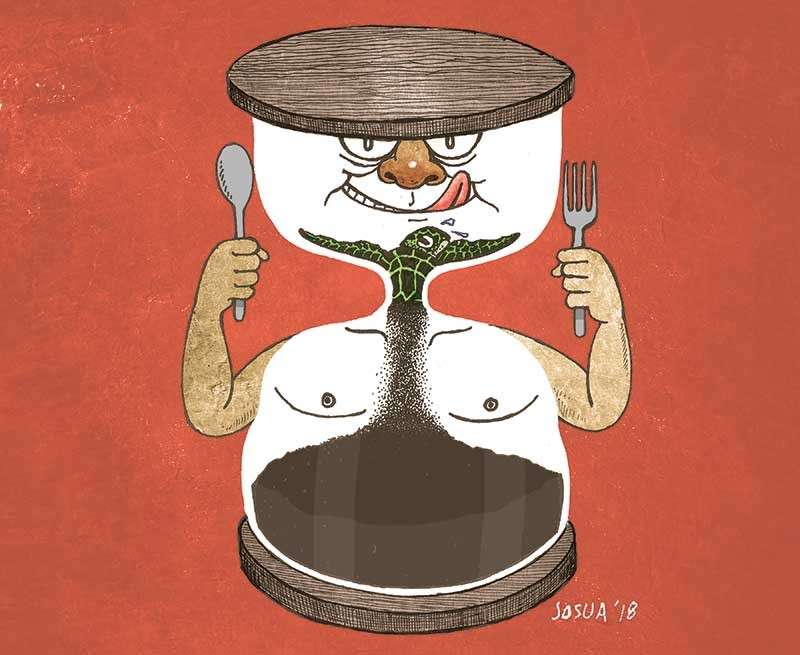 THE sale of cooked turtle meat is not new in Barangay Pasil in Cebu City. Officials of the barangay may even have eaten turtle meat a number of times and know where it is served. Surely, even officials of the Department of Environment and Natural Resources (DENR) 7 know where to go to if they suddenly got the urge to eat turtle meat, which for some is an aphrodisiac.

So one should not be surprised by the report that more than 90 kilos of chopped meat from six slaughtered pawikans (Philippine green sea turtles) were recovered by elements of the National Bureau of Investigation (NBI) 7 in Barangay Pasil on Tuesday, Dec. 11. What one should be surprised is the NBI 7 action, which is not usually done by authorities—meaning contrary to the norm.

The claim that both the NBI 7 and Cebu City’s Probe (Prevention, Restoration, Order, Beautification, Enhancement) team conducted surveillance work that lasted for two months before the apprehension was launched even stretches one’s credulity. Turtle meat is a popular fare in Barangay Pasil so it is possible that one can get all the information that one wants on the matter in just one day.

In the recent operation, five suspects were arrested and were immediately charged, according to DENR 7 Director Gilbert Gonzales, for violating Republic Act 9147, which penalizes the killing or destruction of wildlife species to an imprisonment of from four to six years and a fine of P50,000 to P500,000. Finally, that law is being implemented, but for how long, that’s the question.

Or would somebody seek an amendment to the said law to increase the penalty because it is small and not deterrent enough, like what somebody in Cebu City Hall believes with regards to traffic violations? As shown in this case on turtle meat, it is not the penalty but the consistency and aggressiveness, not to mention integrity, in implementing the law that is more of a deterrence.

Can DENR 7, NBI 7 and City Hall be consistent and continue to be aggressive in going after those involved in the turtle meat business? We don’t know. If they couldn’t be consistent and honest, then expect us to lose all our pawikans sooner rather than later.