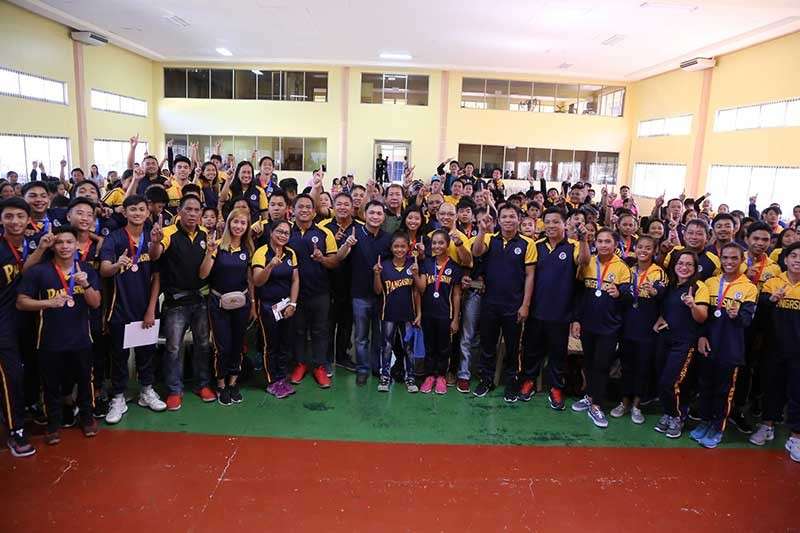 THE Pangasinan Sports Development and Management Council (PSDMC) was thrilled and expressed support to the Philippine Sports Commission’s (PSC) plan to put up a world-class sports training center in the province next year.

“It is a good encouragement to the athletes considering that there are a lot of athletes in the province; from the out-of-school youths and the students, since the province has six divisions. Pangasinan is a very big province so it is really good if there is this (training center),” PSDMC executive officer Modesto Operania said in an interview Wednesday, December 12.

Operania said the new sports training center will be an additional venue for training Filipino athletes.

In Pangasinan, the athletes are being trained at the Narciso Ramos Sports and Civic Center here by the provincial government.

In a report, PSC announced that the national government allocated PHP3.5 billion for the construction of the Philippine Sports Training Center in Rosales town next year, where national athletes, coaches and referees, will be trained using scientifically-proven techniques and state-of-the-art facilities.

Operania added Governor Amado Espino III fully supports sports in the province, as indicated by the many programs and activities pertaining to sports development, especially for the youths.

He noted that some 85 medalists and 43 coaches of Batang Pinoy last September received cash incentives from the provincial government.

Meanwhile, Operania admitted that they asked the PSC for the extension of the deadline of submission of list for the Batang Pinoy 2019 Pangasinan team.

He said they need time to conduct a four-day try-out in order to ensure that the composition of the Pangasinan team will be competitive.

“We do not want to just pick any athlete, we wanted to be fair to every athlete in the province and to make sure that we choose the most eligible to be part of the Pangasinan team. And last year, we catered to 5,000 athletes who joined the try-out,” Operania said.

The deadline for the submission of Batang Pinoy 2019 list will be on December 17. (PNA)