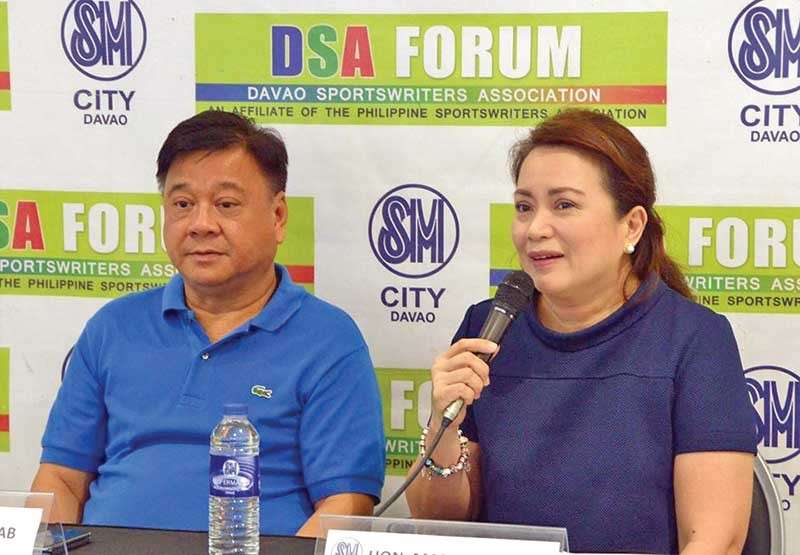 DAVAO City Councilor Mabel Acosta will donate 15 footballs to the city government of Davao to urge the children in conflict with the law (CICL) to be active in the sport.

“Because Acosta Cup has already reached 15 years we decided to give back to the community and since successful kaayo ang run sa atong games (The games were succesful),” Acosta said during the Davao Sportswriter Association (DSA) forum Thursday, December 13.

She added that the balls will be given to the Davao City Social Service (CSSDO) and Sports Development Division of the City Mayor’s Office (SDD-CMO) and encourage them to form a football team for the CICLs.

“Katong mga bata nga ilang mga parents naa sa jail because of drug-related crimes or other crimes, murag napasagdan sila ba ug katong pung other out of school youth na institutionalized or not institutionalized (Those children whose parents are in jail due to drug-related crimes, they need to be tapped as well as the out-of-school youth),” she said.

Acosta also said that they target the marginalized children in the city.

She said that encouraging children to be engaged in sports will help promote discipline and endurance instead of losing them to illegal vices.

Acosta added that they will be conduct sports clinics before forming the teams to identify the potential of the children 12 years old and below.

The councilor said the balls will be distributed during the clinic.

Ceremonial turnover will be held after the final games of the 15th Acosta Cup ladies football tournament on Sunday at Tionko Field.