400-room hotel to rise in MCIA 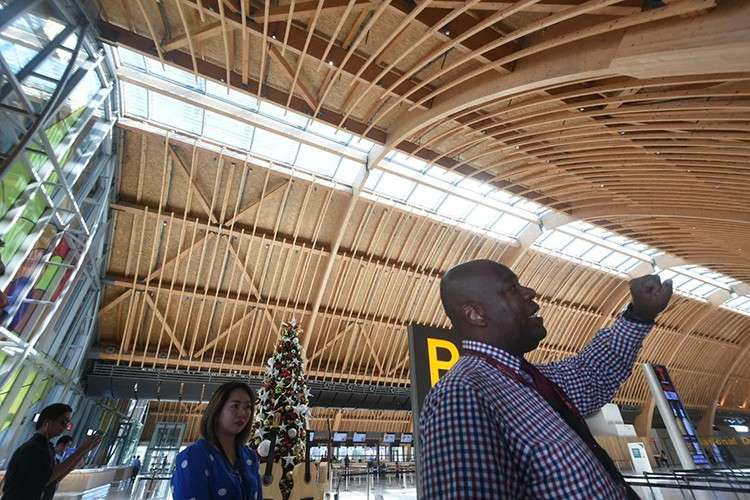 PASSENGERS with long stopovers at the Mactan-Cebu International Airport (MCIA) no longer have to leave the airport, as GMR Megawide Cebu Airport Corp. (GMCAC) plans to build a 400-room airport transit hotel starting next year.

The hotel will be completed in two to three years’ time, said GMCAC chief executive advisor Andrew Harrison on Friday, Dec. 14. He said it will boost Cebu’s accommodation capacity, which now stands at 10,500.

Harrison, though, declined to disclose specific details of the hotel, as they are still in the process of designing it.

“This will help address the shortage of hotel rooms in Mactan and Cebu,” he said. The airport transit hotel will be located on the left side of the MCIA Terminal 2 (T2).

Besides the hotel, Harrison also announced they will be building a mixed-use retail development on the right side of T2.

Continuous developments are still underway in the five-month-old terminal.

Starting Monday, Dec. 17, T2 will start operating the Plaza Premium’s Aerotel, said to be the first in the Philippines.

The 11-room Aerotel is located at the second level of T2 to cater to nap and shower needs of passengers. It offers nine single rooms and two double plus rooms that are furnished with quality beds, bathrooms with shower, writing table and chair, and cable TV.

Walk-in guests who use Aerotel’s shower and other amenities will be charged P500 per hour.

By 2019, Harrison said Cebu will have an upgraded domestic airport. Upon the completion of the full renovation next year, Terminal 1 (T1) will have an overall capacity of 11 million passengers a year.

A key feature of T1’s redevelopment is the Airport Village. Ravishankar Saravu, GMCAC chief commercial advisor, said the current arrival roads at T1 will be closed and converted into a mixed-use zone for greeters and arriving passengers. It will also feature dining and shopping options.

The current taxi bay in T1 will be expanded to twice its current size and will be known as the transportation hub.

The hub will be a pick-up and drop-off zone for taxis, buses and private cars serving T1. Car parking for both T1 and T2 will remain in the central car park located between the two terminals.

Aines Librodo, GMCAC head for airline marketing and tourism development, said they will continue to market the airport and Cebu to other key cities in the world.

She added they will continue to hold negotiations with the government for the issuance of the eVisa or visa upon arrival so Cebu could tap more foreign markets.

An eVisa is a visa issued without a physical label (sticker) on the passport.