4 special, creative ways Catriona Gray expressed her love for the Philippines to the whole world—and the rest of the universe 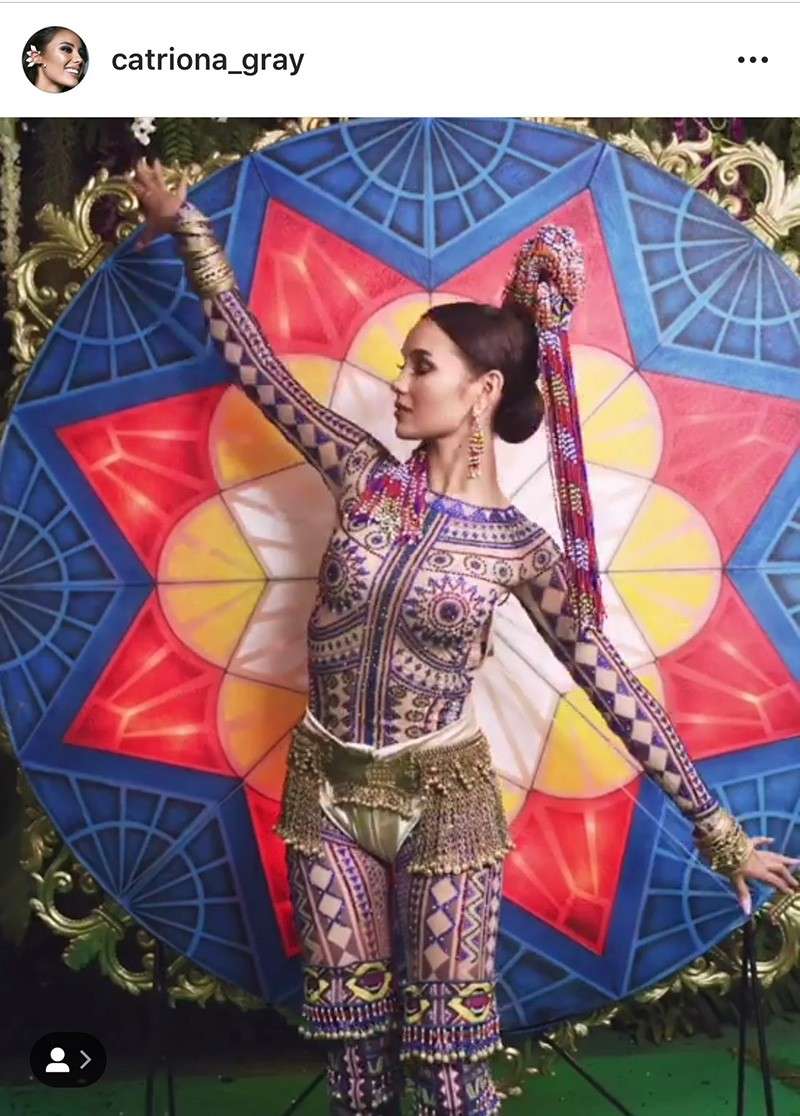 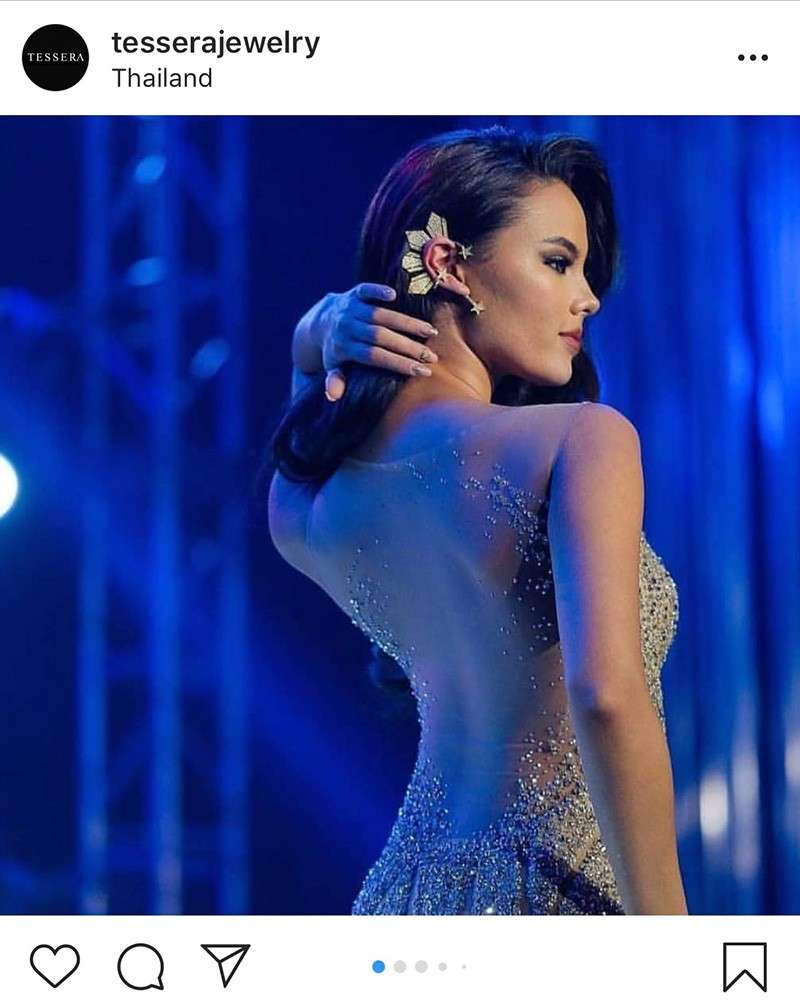 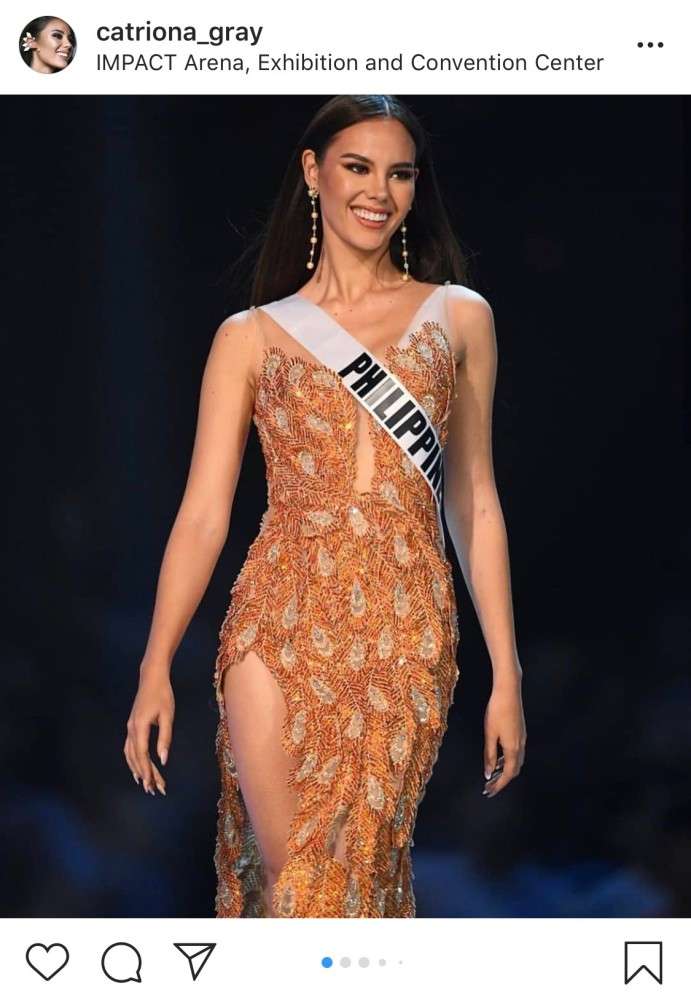 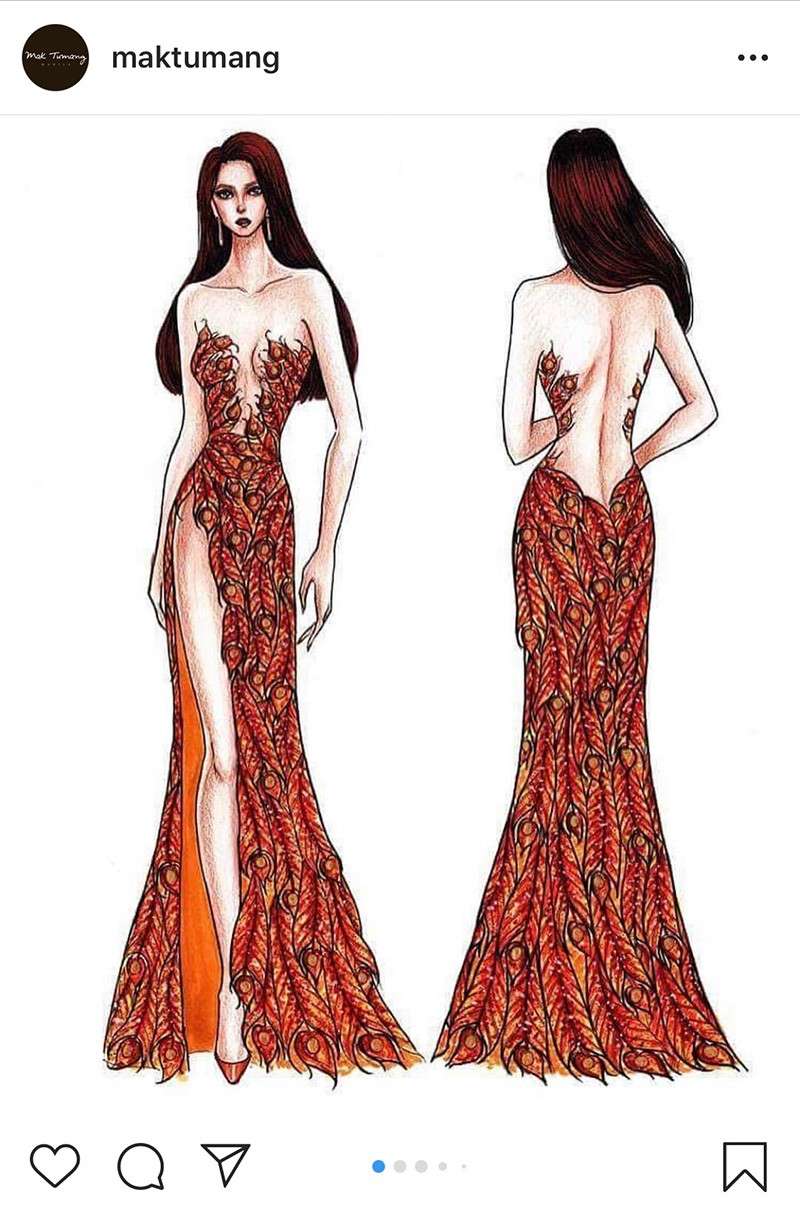 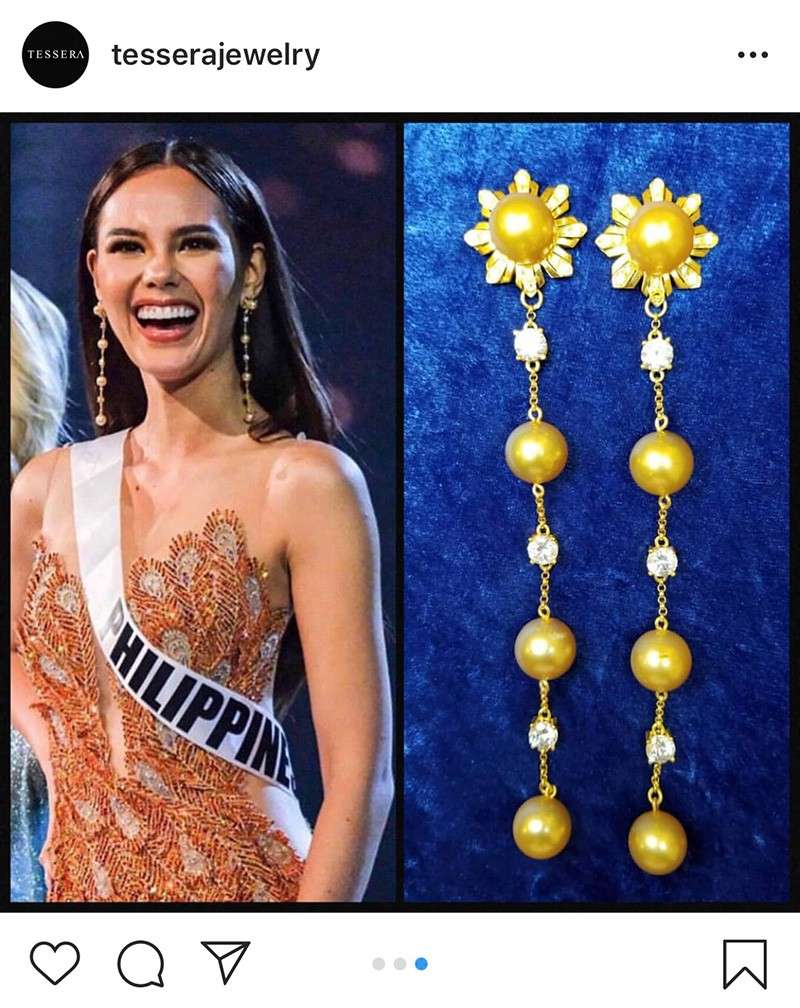 IT'S one thing to say you're proud of where you came from; it's another to show it. Our very own Miss Universe candidate Catriona Gray is showing her love for the Philippines in so many ways and we love her for it (apart from that famous slo-mo turn that we're loving and playing on loop over and over). Here's a rundown of some of the many ways she's mighty proud of the Philippines.

More than turning heads, the preliminary gown was inspired by the "Ibong Adarna," a mythological bird whose enchanting voice has healing powers based on the Filipino epic of the same title. As stated by fashion designer Mak Tumang, the creator of the gown dubbed "Adarna: The Blazing Siren," it is inspired by Ibong Adarna and the Phoenix Mikimoto Crown (the pageant crown worn by Miss Universe titleholders) and considers Catriona the blazing Adarna for her resilience, tenacity and unwavering spirit.

Another patriotic design conceived by the Filipino-Australian beauty herself, came to life by Tessera Jewelry called "Pearl of the Orient" dangling earrings inspired by the country's title "Perlas ng Silanganan." But this isn't the first time Catriona wore this to represent the Philippines. During her stint in Bb. Pilipinas 2018 (which she won, of course), she was wearing the now coveted "Three Stars and the Sun" earcuff.

Well to start, the details are mind-blowing and really eye-catching. Catriona in her Instagram shared in detail how the three island groups of the country are represented.

For Luzon, it's the Christmas lantern or Parol as we call it from the province of Pampanga. The back of the Parol shows a painting with inscription of the lyrics from our national anthem "Lupang Hinirang". For Visayas, it's represented by a body suit with authentic tattoo designs trimmed with crystals by indigenous people the Pintados; while Mindanao is represented by an authentic headpiece and brass accessories from the province of South Cotabato and indigenous textile-inspired patterns from the southern part of the country like Inaul, Yakan, Maranao, B'laan, Bagobo, Tausug and T'nalak embroidered in the customizes knee-high boots.

Then there's the video

That said, we can't wait to see her and the rest of the candidates strut their stuff during the Miss Universe 2018 coronation night happening this Dec. 17 in Bangkok, Thailand. All the best, Catriona! (MRL S)