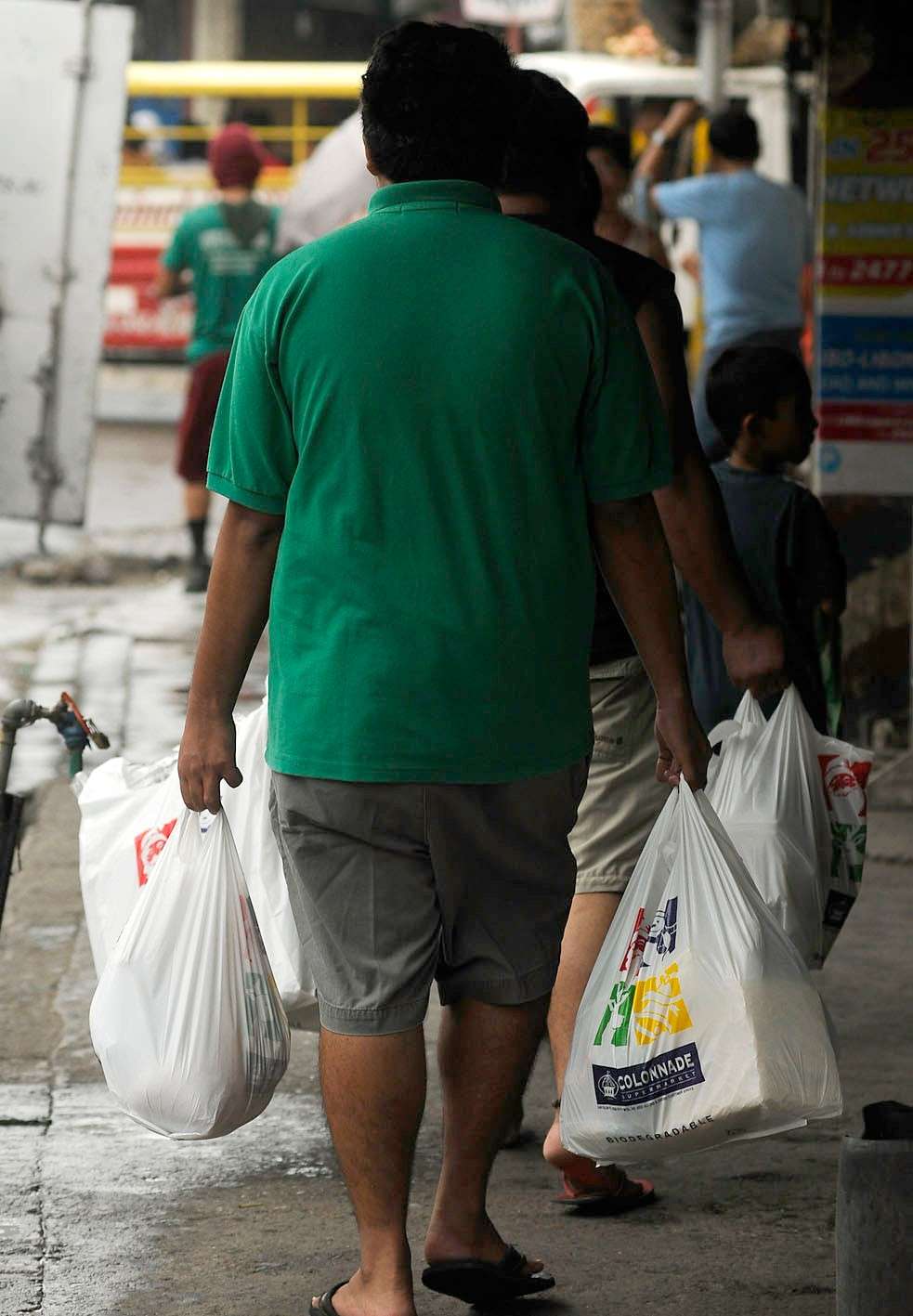 CHEAP AND LIGHT. Because it is lightweight, many consumers prefer to use plastic bags to hold their purchases. But with calls to be more environment-friendly, single-use plastics are among the items environmentalists are urging the public to stop using. (SunStar file)

MAKE people pay for every plastic bag they use.

This is Cebu Chamber of Commerce and Industry (CCCI) president Antonio Chiu’s solution to protect the environment.

“If you make people pay for it, two things will happen: they will remember to bring their own bag the next time they go to shop, and the manufacturers of these bags will make it a point to make their bags nicer because it will be re-used,” Chiu said.

Chiu said plastics should not be banned outright, and instead urged manufacturers to innovate by making it thicker for it to be reusable and recyclable.

“Plastics are very cost-efficient (compared to) whatever alternative you can propose. The alternatives range from paper, cardboard and even glass like the mineral water bottle,” he said.

By turning bags into eco-bags, Chiu said it will encourage consumers not use the thin sando bags.

“We should not use the thin ones. We should use the thicker ones that could be reused. And we could come up with very nice ones with prints so that you won’t throw it right away,” he said.

However, Chiu said they support the banning of single-use plastics in the market.

“The very destructive ones are the thin sando bags that we have because it’s made only for one use,” he said.

According to the World Wide Fund For Nature, formerly the World Wildlife Fund (WWF), the Philippines is one of the world’s leading plastic polluters.

This, as local government units in the country continue to spread awareness to Filipinos by using the 3Rs campaign--reduce, reuse and recycle.

In the local level, Mandaue City has banned the use of plastics all year round, and in Cebu City, at least twice a week (Wednesdays and Saturdays).

Recently, two house bills were filed in the Lower House that seeks to impose a P10-excise tax on plastic bag use.

“By resorting to this levy, it is hoped that Filipinos find environment-friendly alternatives to plastic bags in going about the needs in their daily lives,” Suansing said in the explanatory note.

House Bill 8558, authored by Manila Rep. John Marvin Nieto (third district), seeks to have establishments impose a P10 excise tax on plastic bags on customers at the point of sale. This tax will be imposed on establishments whose gross receipts in the preceding year exceeded P100,000, or on newly registered businesses with the capitalization of at least P100,000.