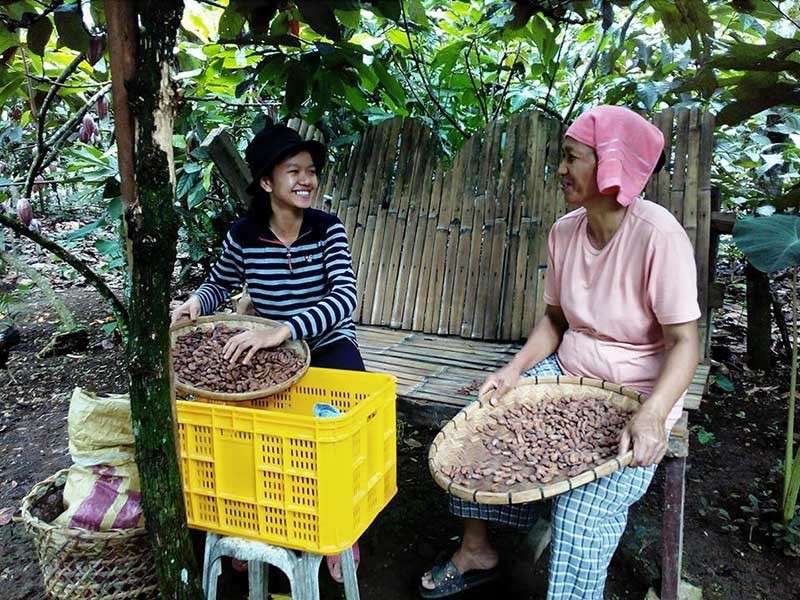 DAVAO. The winning entry of #CacaoDavao storytelling competition of the Department of Agriculture Davao regional office. (Hannah A. Sajid)

A STUDENT from the University of Southeastern Philippines bagged the #CacaoDavao Best Story storytelling award of the Department of Agriculture (DA)-Davao regional office, besting over 100 other entries.

Her photo features a mother and daughter chatting happily in a farm in Tamayong, Calinan while preparing their cacao beans. She narrates that farming served as their big family’s main source of income.

“We are not just farmers but proud cacao farmers,” she said.

The competition and, at the same time, campaign dubbed as “Storytelling #CacaoDavao experience” aims to generate awareness and promote Davao’s cacao to the world.

Launched on August 8, 2018, the competition was made open to everyone who has delightful experience with Davao cacao.

The entries were judged based on content and creativity.