Stable power for Bohol by 2021 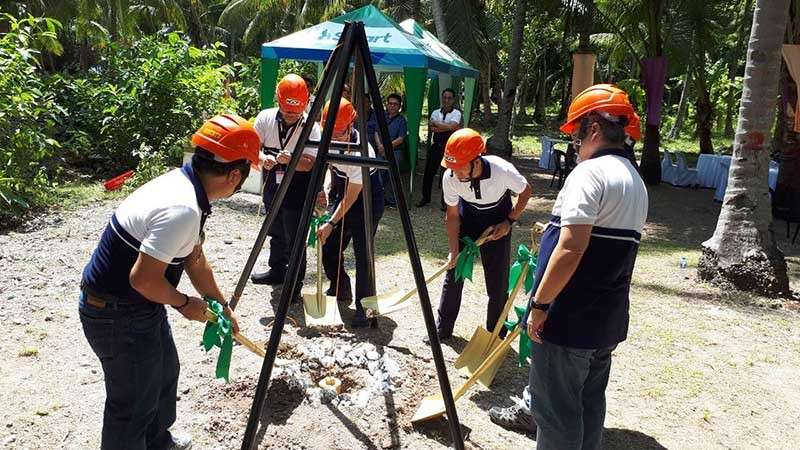 POWER CONNECTIONS. Officials of the National Grid Corporation of the Philippines break ground on the Mindanao-Visayas Interconnection Project. Aside from connecting the Mindanao and Visayas grids, the NGCP is also set to embark a project connecting the provinces of Cebu and Bohol next year. (Photo from the NGCP website)

THE power supply in Bohol is expected to stabilize once the National Grid Corporation of the Philippines (NGCP) completes the Cebu-Bohol Interconnection project.

During the fourth full council meeting of the Regional Development Council on Friday, Dec. 14, Bohol Gov. Edgar Chatto, former chairman of the RDC 7, said he is set to sign an executive order creating a local coordination team composed of officials from the local government and government agencies concerned.

The team will be under the Bohol Energy Development Advisory Group will ensure support is given to the NGCP to hasten process of acquiring lots and road right of way.

NGCP corporate communications and public officer for Cebu and Bohol Betty Martinez said the project cost for the interconnection is initially pegged at P21 billion.

Next year, the company will begin topography, parcillary and hydrography surveys, identify the areas where they can erect structures, and identify the owners of these lots.

Once the project is completed, this will add 400 megawatts to Bohol’s power supply. Currently, it only has 90 megawatts.

Martinez said the 138-kilovolt Cebu-Bohol interconnection will have a transfer capacity of 90 megawatts.

Chatto said he has discussed the project with Cebu Gov. Hilario Davide III and he will follow up on it to hasten its implementation.

Chatto said the RDC 7 is determined to see the project through, after the series of blackouts Bohol experienced following the strong earthquake that jolted the province in 2013 and disconnected the province from the grid lines.

The MVIP, provisionally approved by the Energy Regulatory Commission last 2017, is considered the biggest power infrastructure project in the history of the country, the company said in a statement.

Apart from the submarine cables and cable terminal stations, the P52-billion project also entails the installation of 526 circuit-kilometers of overhead transmission lines, high-voltage direct current converter stations, and various upgrades to substations in both regions. (from SCG of SuperBalita/MEA/with PR)