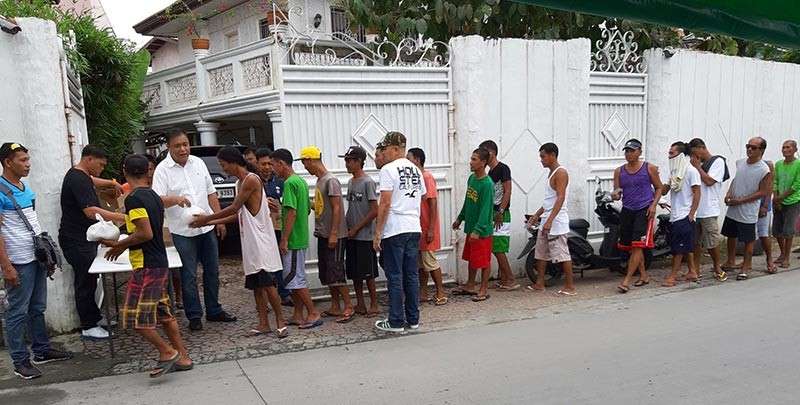 IN LINE with his annual tradition, Masantol Mayor Danilo Guintu on Wednesday, December 19, distributed his early Christmas gifts to the marginalized sector in their coastal town.

Some 300 pedicab drivers received grocery packs personally handed over by Guintu in a simple ceremony held at the re-electionist mayor’s house in Barangay San Isidro.

“Despite the hustle and bustle everywhere, we wanted to let every Masantoleño feel the warmth of love and togetherness this Christmas. And what better way to enjoy that than by being together during Noche Buena?” he said.

Guintu noted that the activity is just one of the series of gift-giving activities organized by the local government which also benefitted senior citizens, fisherfolk, traffic enforcers, displaced workers, and members of other sectors.

“Even with this small act, we wanted to let our folks know that somebody remembers them, that their Masantoleño family remembers them, and celebrates with them the birth of Jesus Christ,” Guintu furthered.