Saruta steps in to challenge Pacio 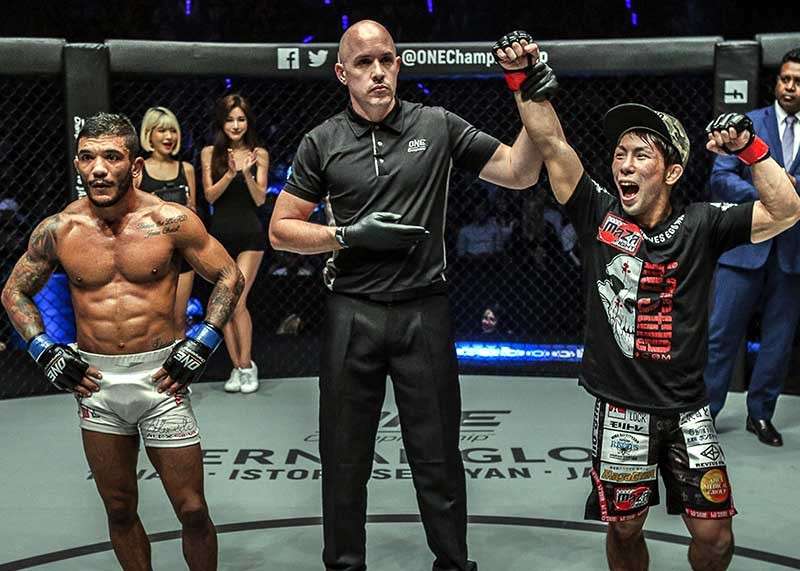 THE much awaited rematch between strawweight world champion Joshua Pacio and former title holder Hayato Suzuki takes a back seat as the Japanese fighter has sustained an injury.

But Pacio’s first title defense will push through as ONE Championship announced another Japanese has stepped in to challenge the Filipino.

Yosuke Saruta has answered the call to face Pacio at ONE: Eternal Glory at the Istora Senayan in Jakarta, Indonesia on January 19.

Saruta earned his chance to challenge for the top prize in martial arts after a stunning debut performance in ONE Championship earlier this month.

At ONE: Destiny of Champions, the 31-year-old dominated Alex Silva over three rounds to pick up a unanimous decision victory.

He kept a relentless pace throughout the match’s 15-minute duration and showed off his skills in all areas of martial arts to consign the former ONE strawweight world champion to a stunning defeat.

Though this was Saruta’s first achievement on the global stage for martial arts, he is no flash in the pan. The representative of Wajutsu Keishukai Hearts gym boasts a record of 18-8-3, and reigned as the Shooto strawweight world champion before he came to ONE.

Pacio, of the famed Team Lakay captured the belt with a unanimous decision win in a rematch against Yoshitaka Naito at ONE: Conquest of Heroes in September.

He is one of the four fighters from Team Lakay to capture the title this 2018.

Pacio is a wushu practitioner with solid standup game and has great grappling chops to add to his overall skills.

The 22-year-old Filipino has shown tremendous improvement over the past few years leading up to his title reign.

Saruta is a veteran in the Asian martial arts scene and is himself a tremendous striker. In addition, he’s also a terrific wrestler, something that Pacio will have to find a way to deal with.

Nicknamed “Tobizaru No.2”, what separates Saruta from other opponents Pacio has faced is that the Japanese athlete has some pretty heavy hands

Saruta is believed to have some interesting style problems for Pacio, who has never had to face an equally talented striker as he is.