Competing amidst the challenges 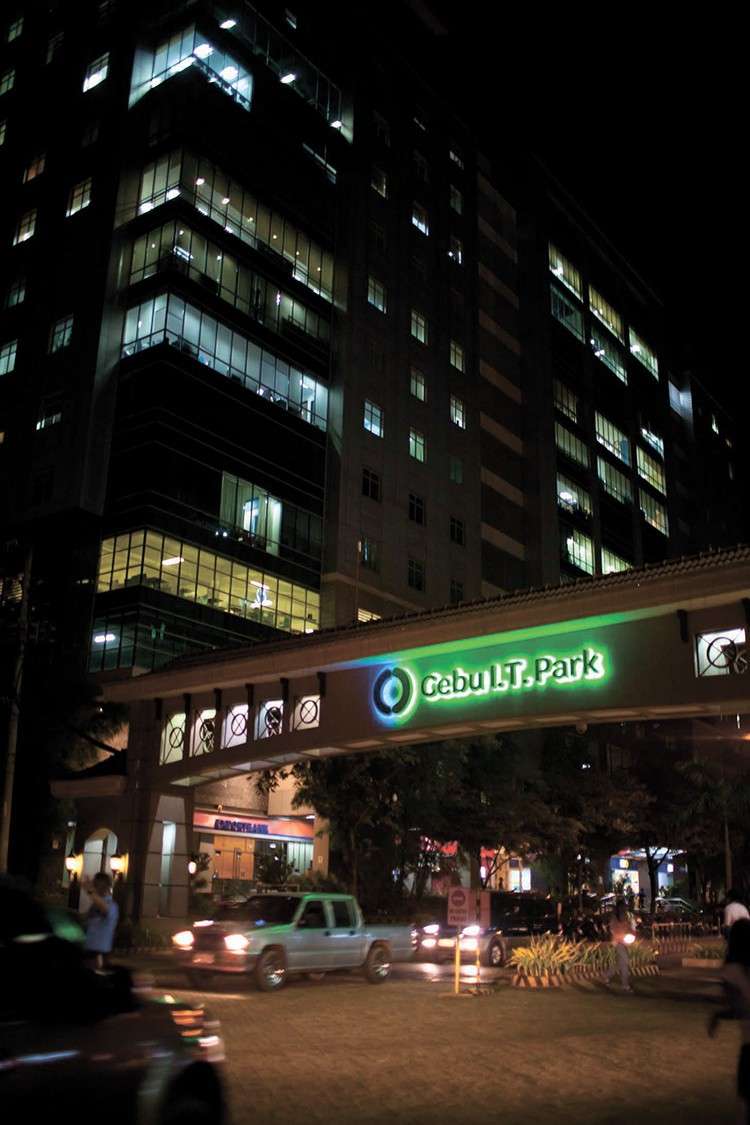 Job generator. Many of the information technology and business process management jobs are from firms with offices at the Cebu IT Park in Cebu City. One of the factors keeping companies from expanding is the Philippine Economic Zone Authority’s slow approval of applications. (SunStar File)

CEBU’S information technology-business process management (IT-BPM) industry continues to maintain a high level of competitiveness, amid the challenges it faced this year.

Cebu IT BPM.Organization (Cib.O) managing director Wilfredo Sa-a Jr. said that even with the wait-and-see stance of investors due to US President Donald Trump’s “America First” policy, and the passage of the government’s tax reform program, Cebu still managed to grow even better than Manila, thanks to the expansion of existing IT-BPM players.

“Surprisingly, there was good growth here,” said Sa-a, hinting that a company grew its headcount by almost 100 percent.

The addition of human resources is one of the measures stakeholders use as a gauge to determine industry growth.

“2018 was a good year for Cebu, even though it was not as good as the previous years,” said Sa-a. He admitted some companies experienced contractions, while some registered flat growth. But he said there others posted growth.

Sa-a noted, however, that if compared to Manila, Cebu fared better, saying Manila’s growth rate has gone down significantly.

He said growth is observed among small players.

Cebu’s strong brand as a trade and tourism destination, coupled with the presence of highly educated and English-speaking workers, continue to attract investors to the province. Sa-a said there’s also a work-life balance in Cebu, although traffic is building up.

According to Sa-a, there may have been no big entrants this year, but existing players have kept expanding their businesses, with some moving to bigger spaces.

“The work performance of our agents here is competitive,” said Sa-a, adding that the country’s young demographics continue to be its upper hand.

“It is something that has made our locators very happy. Most of our locators always say that their Cebu operations is one of their best, if not their best global location. We have very competitive talent here in Cebu,” he added.

Cebu improved a notch from its 12th place in 2017, to the 11th spot in the 2018 Tholons Services Globalization Index of the Top 100 Super Cities released on Oct.1.

He said this recognition has beefed up Cebu’s standing, although he stressed that there’s more work to be done to lift and secure Cebu’s ranking in the Top 10.

“It is not overnight that investors would immediately locate or relocate because of the recognition, but it helps in the marketing aspect and in giving assurance to investors that we can deliver high quality services,” said Sa-a.

Besides the external factors, a number of IT-BPM firms are also keeping a wait-and-see attitude over the planned enactment of Tax Reform for Attracting Better and High-Quality Opportunities (Trabaho) bill, which purges tax incentives provided to the Philippine Economic Zone Authority (Peza).

Sa-a said this is another reason investors and existing locators are cautious about their expansion plans.

The Department of Trade and Industry (DTI) said they are allocating P25 billion for the IT-BPM sector to upscale the skills of its employees once the bill is enacted.

The government will allocate P5 billion annually over the next five years.

Most of the IT-BPM firms are registered with Peza locators, where they are currently enjoying the five percent gross income earned (GIE) tax incentives.

The lower corporate income tax rate of 10 percent is also being provided for regional operating headquarters.

But once the Trabaho bill’s version in the House of Representatives is passed, the five percent GIE tax incentive will be removed for the next two to five years.

Colliers International Philippines also pointed out the delays in Peza proclamations in the first three quarters of the year, which it fears would impede the expansion of the outsourcing sector in 2019.

It noted that the current administration has approved just 36 out of the 78 Peza information and technology (IT) center and park applications.

“As per our conversation with Peza Director General Charito Plaza, the approvals are already beyond her office, so that’s where the backlog is building up,” said Sa-a.

Mandani Bay project director Gilbert Ang, in a separate interview, admitted they are waiting for President Duterte to sign their Peza application for the office building they will be constructing next year.

“The President can always make it happen faster, if he sees there’s a need. We just hope that when that need comes, we can come up with solutions to hasten things,” said Sa-a, adding that they are hopeful that when the industry needs spaces, the developers can come up with readily available office space for lease.

In the first nine months of 2018, only six applications were approved. Not a single application has been approved in the fourth quarter.

Of the 36 buildings and IT parks granted Peza status, 21 are in Metro Manila while the remaining 15 are in areas outside of the country’s capital, such as Cebu, Bataan, Bulacan and Laguna.

Given these challenges, Sa-a said there is no reason for the industry to lose hope because as soon as these polices are ironed-out, and the external conditions become stable, the industry will reap rewards as Cebu continues to build up on its image.

To prepare for the turnaround, Sa-a stressed the need to beef up the skills of the country’s human resources so that when all becomes stable, the industry is ready to capture the opportunities.

“Since we are competing in the global arena of digital transformation, there must be a significant focus on creating an environment of digital skills, culture of innovation and entrepreneurship. The startup ecosystem must be strongly supported by the government, academe and the industry,” said Sa-a.