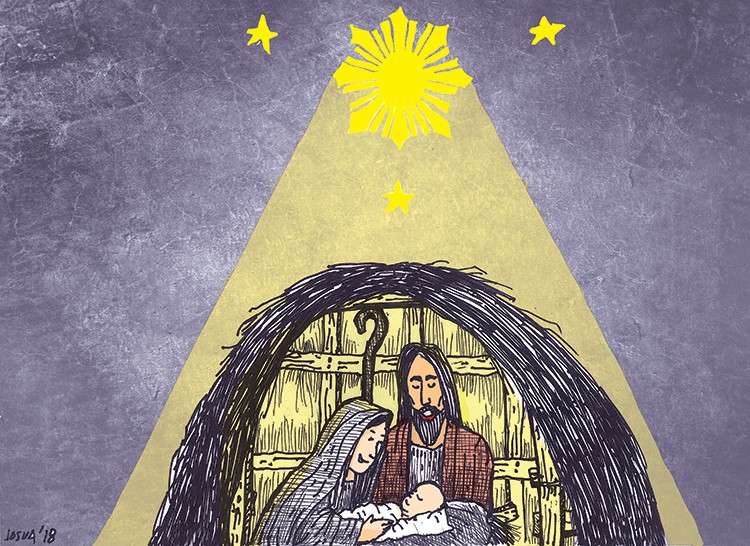 This is the third Christmas season under the Duterte administration and yet the Catholic faithful’s celebratory mood has not been deterred by President Duterte’s continuous verbal assault on the clergy and some aspects of the Catholic belief. This is not surprising because even calamities, like super typhoon Yolanda and the earthquake in 2013, could not dampen it.

In a way, nobody can steal Christmas away from us Filipinos. Our celebration is rooted on the strength of our belief in God even if somebody would call God stupid. Christmas for us is not even about the clergy, or the priests, many of whom the President said are gay, as if being gay is a crime, and the bishops, some of whom the President wanted “killed” for being critical of the government.

We manage to celebrate Christmas even in times of economic difficulty, like what is happening now with the rising prices of goods that government is still grappling with. This is because we feel joy even with the little that we have or the little that we give or receive. For us, the thought of celebrating is what matters in the end.

In the old days, every household gets to be in celebratory mood with the Christmas lanterns or parol hung on the windows and cheap Christmas trees or the “belen” set up in the sala. These days, having cheap series lights on the facade of houses can be enough symbolism. Those lights are observable everywhere now.

Probably because of the economic crunch, firecrackers and pyrotechnics have not been lit often, as these are probably being reserved in the run-up to the Christmas eve. Even carolers are not that visible yet. But they would make their presence felt soon as Christmas nears.

Christmas is just around the bend. It thus pays to greet our readers a very merry Christmas.