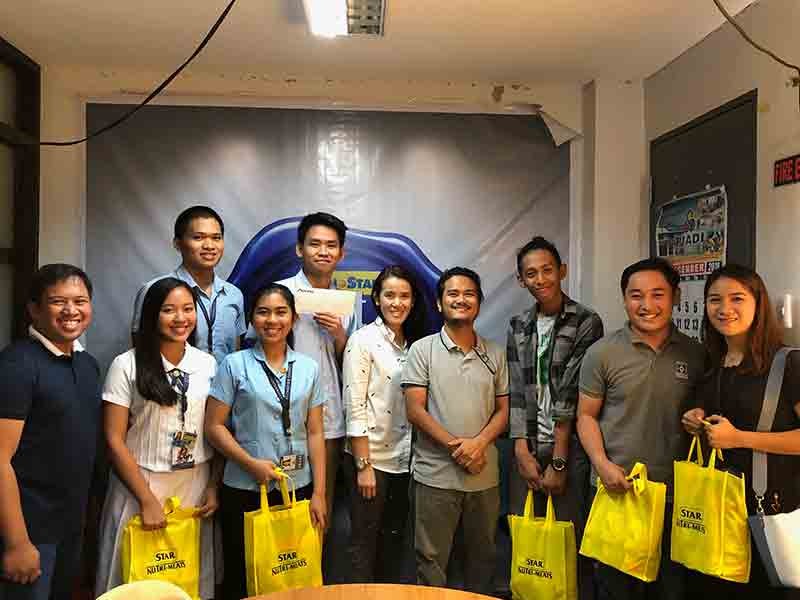 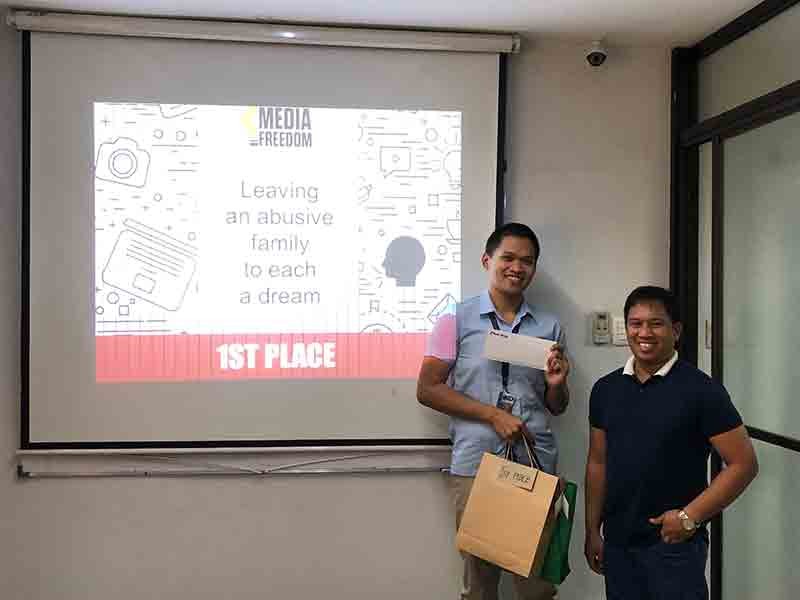 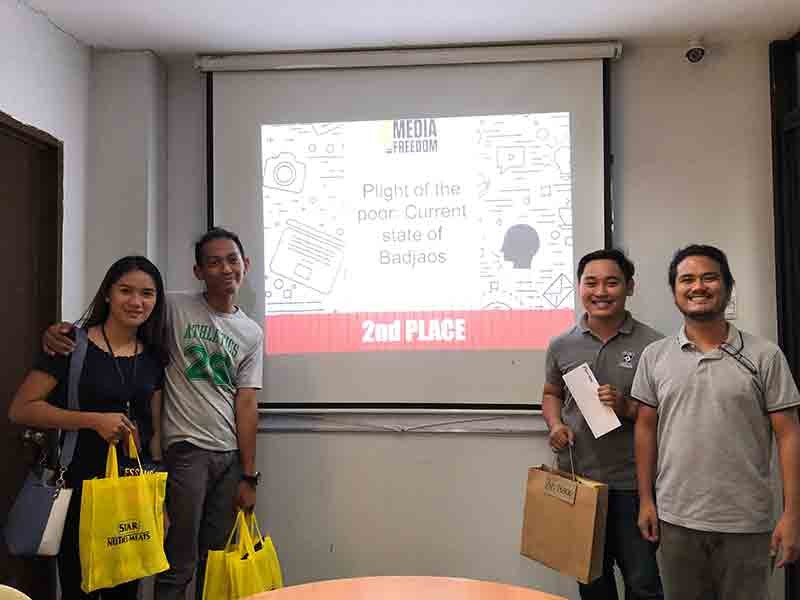 DAVAO. The Collegiate Headlight of the University of Southeastern Philippines (Usep)-Obrero placed second in the competition. (Reuel John F. Lumawag) 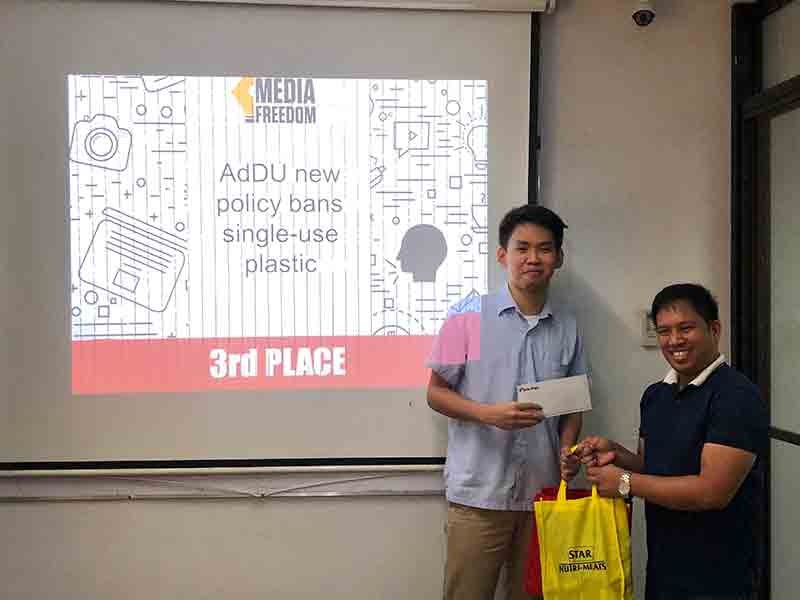 ORGANIZERS of the Davao Media Freedom Day this year decided to step things up with the conduct of the first Storytelling Competition among schools.

After the Davao Media Freedom Day forum at the Holy Cross of Davao College on November 22, 2018, the organizers encouraged the participating students to come up with stories in their community.

From the number of entries that we received, three were chosen as the best.

Clinching the top spot was “Leaving an abusive family to reach a dream” by Claire Yvonne Aznar and her team of Ateneo de Davao University (AdDU). Their story tells about a young girl named Mica who would rather stay at the Kean Gabriel Foundation only to get away from the abuses at her home.

Coming in second was “Plight of the poor: Current state of the Badjaos” by the The Collegiate Headlight of the University of Southeastern Philippines (Usep)-Obrero. This story gives its readers a glimpse of what the Badjaos are facing right now. Some are being threatened of their homes being destroyed while others are being told to stop studying to help in their livelihood.

Allan Acera, Jr.'s “AdDU new policy bans single-use plastics” placed third. His article tackles on the reactions towards the new policy. While some lauded the policy, others raised the issue that it may be a hassle to others.

These stories also highlighted the potential of journalism students in the city's colleges and universities.