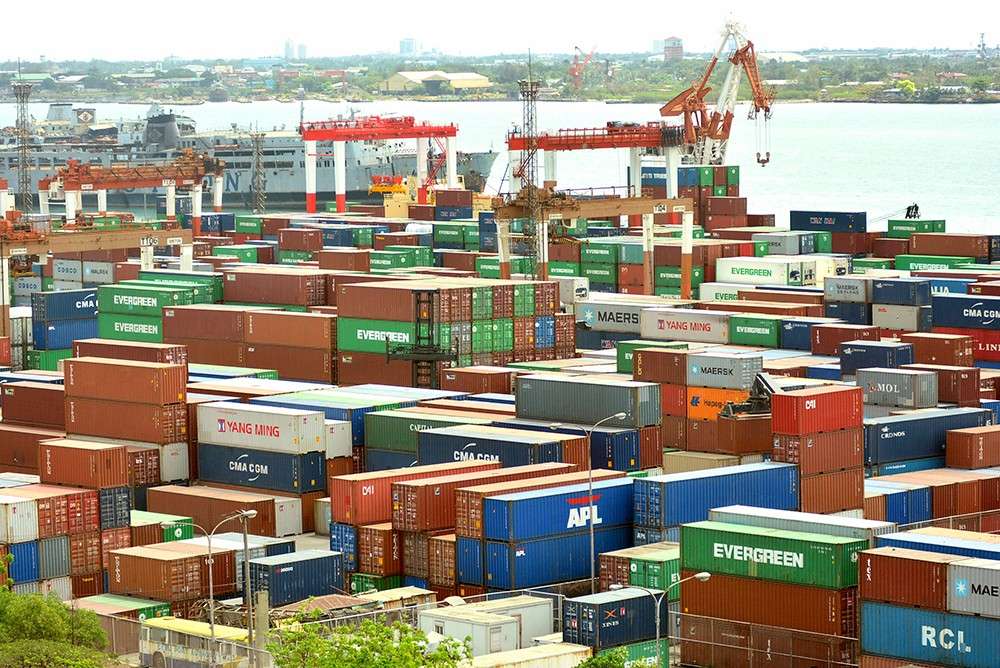 TRADE IMBALANCE. For the first 10 months of 2018, the trade deficit widened to $33.92 billion. Exporters admit the trade tiff between the US and China has had an effect on them. (SunStar file)

UNCERTAINTIES in the global market dragged the growth of the export industry this year.

He said the export sector did not exhibit much growth due to both internal and external factors.

“Central Seafoods export this year dropped by at least 30 percent. The market did not buy from us because we are not price competitive. They buy from Indonesia, India, Bangladesh and other countries,” said Bascones, who owns Central Seafoods.

He noted that raw materials and production cost in the Philippines are high because salaries increased while productivity decreased.

Escalona cited in particular the trade war between two economic powerhouses—China and US, volatility in the global oil prices, weaker currency and other factors, including the tax reform programs of the government.

“There is so much uncertainty in the global markets. Producers have to jack up prices to keep in touch with the US and China,” said Escalona, adding that the world supply will be one of the casualties should the tariff war linger.

For now, both countries have agreed to a 90-day truce.

US president Donald Trump and Chinese president Xi Jinping met at the G-20 Summit in Argentina on Dec. 1. The leaders both agreed to a 90-day ceasefire on the tariffs they imposed on each other.

“There are no winners in a trade war between two of the world’s biggest economies,” said Escalona, adding that the dispute is affecting the trade performance badly.

“Our exports are dramatically down while imports are up,” he noted.

Escalona said that so far, the months of October and November were rather bad. The month of December might show an uptick because of Christmas.

The country’s balance of trade reached a record US$4.21 billion deficit in October, according to the Philippine Statistics Authority (PSA).

Based on its latest foreign trade figures, the PSA said the October trade gap widened sharply from $2.59 billion in the same month last year, as imports continued to grow at a faster pace of 21.4 percent to $10.32 billion compared to the mere 3.3 percent growth in exports to $6.11 billion.

More than half of the imports during the period were raw materials and intermediate goods, as well as capital goods used as inputs for production.

Top trading partners during the period were the US, Japan, China and Korea.

“We are very much affected by the trade war,” said Mandaue Chamber of Commerce and Industry (MCCI) president Stanley Go, adding that should the trade war continue, the world supply will be altered that could either lead to opportunities or doom in businesses.

Go said that if China reroutes all of its export products to other countries like the Philippines, it would lead to trade disruption.

Go fears the local products will have difficulty in selling if the cheaper Chinese products enter the local economy.

But the export organization in Cebu remains optimistic that the US and China can reach an equitable agreement within the 90-day window.

Asked if the Philippines will benefit from the trade war, Bascones who is in the food export sector, said they have not felt it yet but he believes the trade war will benefit the sector, as China is one of biggest competitors of seafood exports to the US.

“I think what China will do is transfer their manufacturing to other countries,” said Bascones.

For the manufacturing sector, ATR Asset Management (Atram) Group chief investment officer Phillip Hagedorn said it will be a double-edged sword, as the exports sector also imports raw materials prior to exporting their finished goods overseas.

While the weaker peso will help raise their profitability a bit, export players expect the favorable currency exchange to be temporary.

Ramir Bonghanoy of Bon-Ace Fashion Tools Inc. described it as a windfall profit, as the extra revenue will be offset by the rising cost of raw materials due to high fuel cost.

Pete Delantar of Natures Legacy Eximport Inc. also shared the same sentiment, adding that the windfall profit will only be enjoyed by the exporters for a month.

“Other supplies will immediately increase, especially the ones associated with oil or oil by-products,” said Delantar.

The Bangko Sentral ng Pilipinas expects the peso to gain strength versus the US dollar in the last quarter of the year.

BSP Deputy Governor Diwa Guinigundo said this will be influenced by strong inflows of remittances, high business process management (BPM) receipts and high tourism arrivals to the country, as well as the crude price plunge in the global market.

The BSP said it is seeing a positive outcome from the China and US discussion. Guinigundo said the recovering stance of the peso versus US dollar is set to continue in 2019, as the outlook on inflation goes down next year.

“We expect the peso to follow the positive outlook on inflation,” he said.

Despite the gloomy performance, there are sectors that exhibited growth this year.

“In 2018, we experienced new and surprise inquiries, and visits of markets and buyers who were affected by the China-US trade war,” said Delantar.

For him, this signals a new opportunity to cash in next year.

“I am positive more will be looking at the Philippines as an additional source for the products aside from China,” he added.

“Importers have realized that they should look for back-up if China’s fiscal policy will have a 360-degree turnaround of focusing on internal markets since their population can consume a lot as well,” said Delantar.

Escalona said among the ways to combat all these challenges is to re-strategize, re-innovate and rebrand.

Exporters are encouraged anew to innovate to achieve the country’s exports target of $122 billion to $130 billion by 2022.

“We need to innovate. And innovation does not necessary mean a great invention. It’s really improving on systems, on organizations, the way we market our product and so on,” said Department of Trade and Industry-Export Marketing Bureau Director Senen Perlada, in a statement. (S)