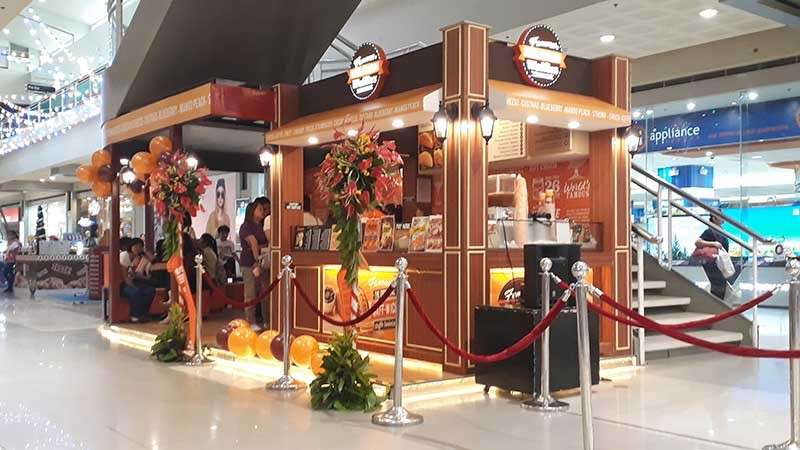 Famous Belgian Waffles, one of the most popular waffle brands in the Philippines, had its grand opening at SM City Cagayan de Oro last Tuesday, December 18, introducing a new look and added variety of waffles to Kagay-anons. (Jo Ann Sablad)

THE Famous Belgian Waffles, one of the most popular waffle brands in the Philippines, had its grand opening at SM City Cagayan de Oro last Tuesday, December 18, introducing a new look and added variety of waffles to Kagay-anons.

According to Alrey Regondola, the marketing officer of Famous Belgian Waffles, this is their first company-owned counter-type outlet in Cagayan de Oro City, as most of their stores are franchised kiosks or carts.

"Our customers, especially we offer drinks, they want na may sitting area so they can enjoy the coffee. Yung waffle kasi is a grab and go snack, but for the coffee you want to drink it with waffle and chit-chat with your friends," Regondola said.

Apart from their new look, they added new products such as Corned Beef with Egg and Cheddar waffle sandwich, Cookies and Cream, Smores and others.

Regondola also shared that they were pleasantly surprised by the high sales they were able to maintain until now since their soft opening on December 1, as he initially expected that it will only last for a week.

The year 2019 will also be a busy one for Famous Belgian Waffle as they will be launching several activities and events that the Kagay-anons will have to look forward to.

According to Regondola, early next year, Famous Belgian Waffles will be offering their party package for weddings, debuts, Christmas and thanksgiving parties, corporate events and others.

"We'll be having our warehouse here, near SM CDO uptown. So, we are tapping to create a party package for events here in CDO kasi malapit lang yung warehouse," Regondola said.

The party package, he said, starts at P8,900 for 100 pax, which includes the Famous Belgian Waffle collapsible cart, two crews, choices of Simply Perfect Menu and waffle cake for the celebrant.

They will also be introducing the Chicken Waffle Sandwich, an addition to their Savory menu, which will consist of chicken strips, lettuce and tomatoes.

Famous Belgian waffle will have its second National Waffle Day celebration on September 15, 2019, wherein customers or mall goers can choose any filling to create their own waffles for free.

He added that the selected venue for the National Waffle Day celebration is their counter-type outlet in SM City Cagayan de Oro.

A day after, on September 16, 2019, Famous Belgian Waffle will be celebrating its 7th anniversary and as part of the celebration, the first 100 customers in each of their outlets and franchise nationwide will each receive a free Chocolate waffle.

Famous Belgian Waffle will also be opening their second out of the country branch in Kuala Lumpur, the first being in Canada.

According to Regondola, they are also aiming to convert all kiosk and cart into counter-type next year and also launch their Wagon Waffle.