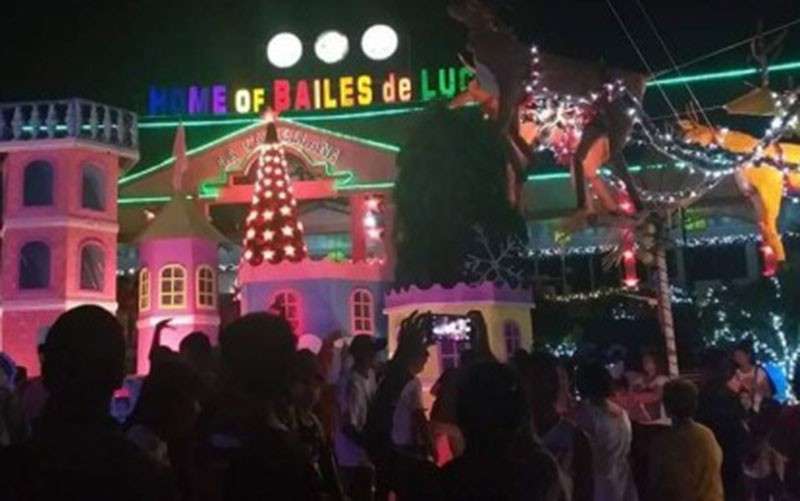 BACOLOD. Residents of La Castellana, Negros Occidental flock nightly to the town plaza which has been transformed into a wonderland of Disney characters fused with colorful lanterns to keep the Filipino Christmas tradition alive. (Photo by Erwin P. Nicavera)

TRUE to being the home to the famous “Bailes de Luces,” or the Festival of Lights, the municipality of La Castellana in Negros Occidental is all lit up for the holidays.

The annual festival runs from December 18 to January 5, coinciding with the Christmas and the New Year celebrations.

This year, the town plaza, through the “Light a Tree” program, has been transformed into a wonderland of Disney characters fused with colorful “parols” (lanterns) to keep the Filipino Christmas tradition alive.

Mayor Rhumyla Nicor-Manguilimutan has said that since the celebrations include the “Bailes de Luces” Festival, the entire municipal hall grounds are being illuminated to spread the spirit of the event.

“La Castellana sparks mainly because of our Bailes de Luces Festival. Through our sparkling plaza, we want to give fun and enjoyment to our people, as well as to the visitors,” the mayor said on Monday.

Various Disney figures and characters are on display, giving everyone perfect spots for photographs. A group of students dressed like princesses and other favorite Disney characters brought joy through their dance performances.

The story of the Nativity is showcased through a “belen” in one of the gardens, while reindeers remind everyone of Santa Claus bringing joy to children waiting for gifts.

Moreover, this Christmas wonderland is not just for the guests’ visual pleasure but is also vying for an award.

For the second year, the Christmas installations are competing for the top prizes. Winners will be announced during the culmination of the “Bailes de Luces Festival” on January 5.

Schools that collaborated in coming up with their respective Disney-themed designs were clustered into six groups.

The non-winning groups will be given a consolation prize of P20,000 each.

The mayor said the activity is a product of the collaborative efforts and ideas of the local government, barangays and the Department of Education.

“We are driven by the concept of ‘Makilahok, Makiisa at Makialam.’ Thus, this is one way of letting our people from different sectors share their abilities, not only during Bailes de Luces, but in all other town activities,” Nicor-Manguilimutan said.

“More than the colorful lights and stunning attractions, the true essence of Christmas is still about sharing and giving,” the mayor added. (PNA)