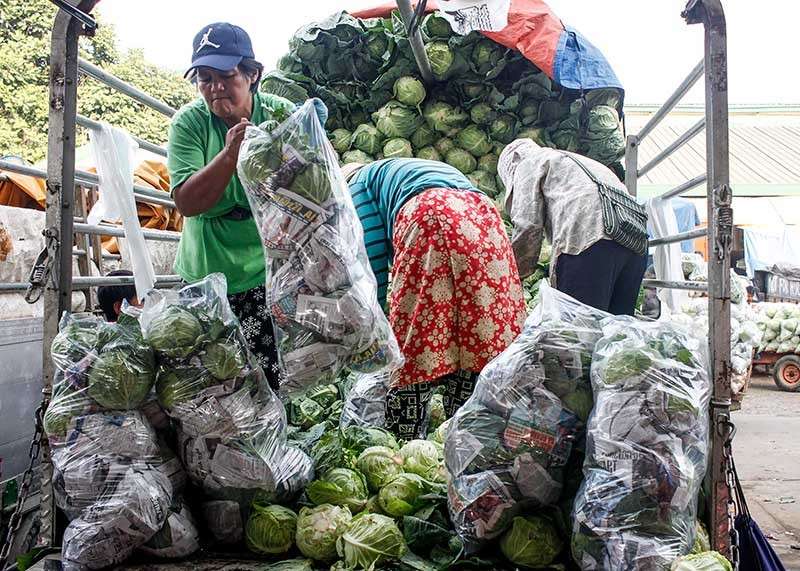 BENGUET. A middle-aged woman carries loads of cabbages as traders from all over the country flock to the vegetable trading post in La Trinidad for the holidays. (Photo by Jean Nicole Cortes)

Violeta Salda, BAPTC chief of operations, relayed that an estimated 800 tons of vegetables are being delivered in the facility.

Augusta Balanoy, general manager of the Benguet Farmers Marketing Cooperative, said with December considered as peak season for vegetable trading, some 2.5 to 3 million kilograms of vegetables are being sold per day.

Balanoy and Salda said with the more than enough supply of vegetables at both trading posts, the stocks may last until next month even with farmers starting to plant late.

Prices of vegetables vary depending on the supply and quality of the vegetables coming from Benguet, Mt. Province and other provinces in the Cordillera region.