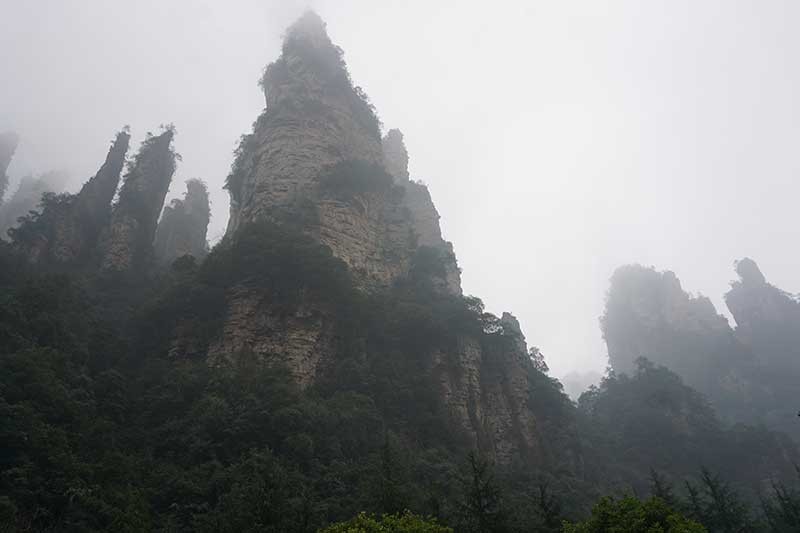 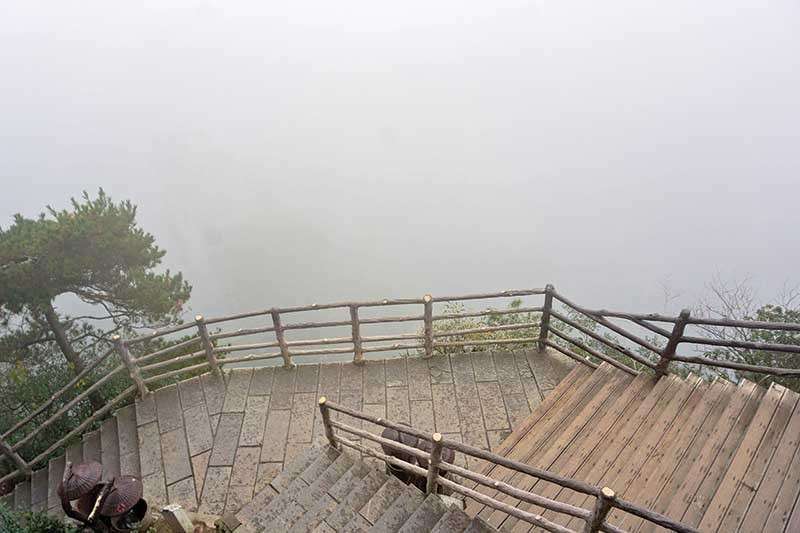 CHINA. We arrived on a foggy winter day so we could barely see the pinnacles from the viewing deck. (Kathleen Pastrana) 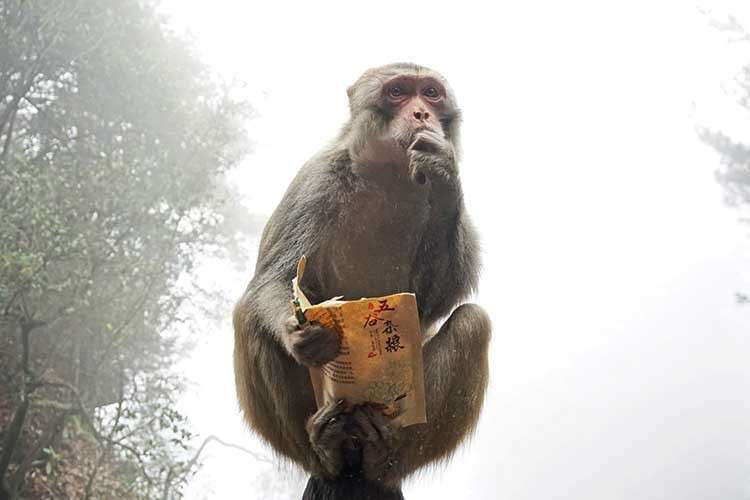 CHINA. A baboon emerged from the fog and stole food from the tourists. (Kathleen Pastrana) 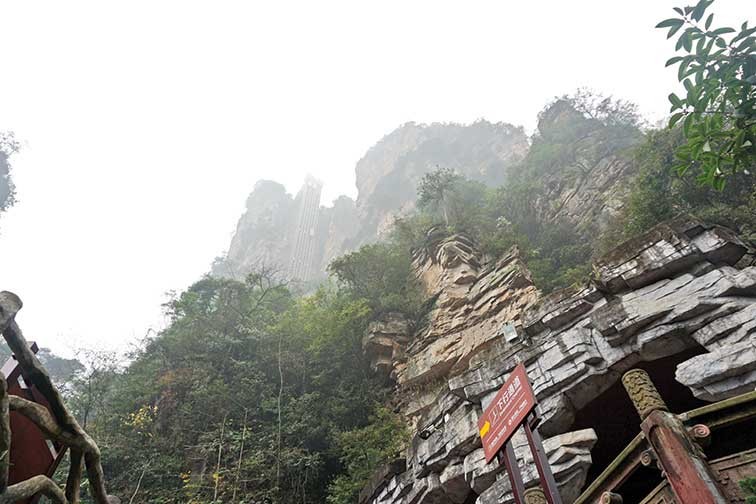 CHINA. A view of the peak and the Bailong Lift from the ground. (Kathleen Pastrana)

IF YOU’VE watched James Cameron’s Avatar, you would remember the Hallelujah Mountains in the fictional moon called Pandora. Following its release in 2009, the movie ranked first in the worldwide box office, making it one of the highest-grossing films ever made.

I thought something as majestic as the floating mountains existed only within the frames of a film, or inside James Cameron’s genius mind. But like all fictional stories and places, the Hallelujah Mountains were based on something real, and I’ve recently learned that you won’t need a spacecraft or a Samson to visit the land of the Na’vi.

The floating islands in the movie were actually inspired by the sandstone pinnacles in the Zhangjiajie National Forest Park in China. It was a terribly foggy winter day when we arrived, so we only saw glimpses of the 3,000 pillars standing like a line infantry. Even with the fog blocking most of our view, I imagined that the mountains covered in overgrown foliage looked like skyscraper breadsticks sprinkled with garlic.

Nevertheless, this version of Pandora was a sight to behold. It felt more real and accessible and not light-years away from my home in Earth.

Although the park was recognized in 1982 as China’s first national forest park, the success of the Avatar movie further catapulted Zhangjiajie into popularity. In 2010, with droves of tourists visiting the iconic monoliths, the Zhangjiajie government renamed the park “The Avatar Hallelujah Mountains” in honor of the film.

Donning five layers of clothing, we explored the forest park, although we were repeatedly warned that the pinnacles would be likely obscured by fog. Instead of hiking, we reached the peak through the Bailong Lift, the world’s “highest, fastest, and largest-loaded outdoor elevator.” At 5m/s, we were transported 326m high in less than 2 minutes. I almost welcomed the sensation of nausea, but the beauty of the scene beyond the glass wall distracted me from feeling anything but awe.

True enough, when we emerged from the lift, thick fog greeted us like a wall of clouds. With the lack of views to marvel at, it felt like staring into an abyss of cotton. We ended up laughing at our attempts to squint and force the pinnacles to appear. When it seemed hopeless, we walked and walked until a troop of baboons materialized from the fog. The baboons, which stole food from unsuspecting tourists, served as temporary entertainment, and we left feeling a little less frustrated.

There are many ways through which the Zhangjiajie National Forest Park can be reached, but for our group, we traveled from Manila to Guangzhou and took a connecting flight to Changsha. From there, we rode a four-hour bus ride to Zhangjiajie, one of the four scenic areas in the UNESCO Global Geopark.