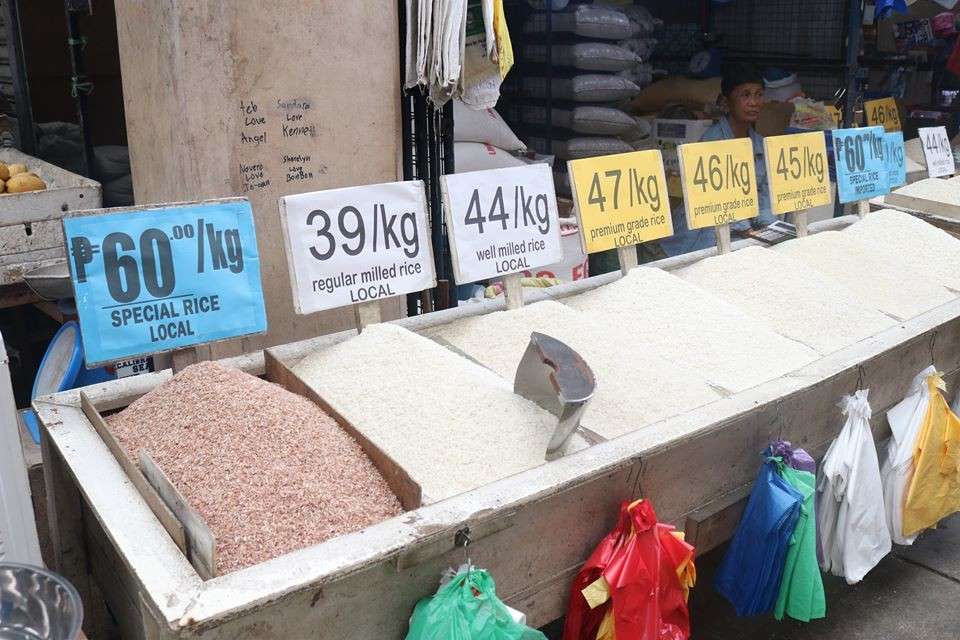 A rice stall at the public market of Bago City selling the commodity based on the suggested retail prices set by the National Food Authority Council starting November this year. (Contributed photo)

AGRICULTURE Secretary Emmanuel Piñol has assured that there will be enough supply of rice in the country in 2019 as there will be no repeat of this year's mistake.

It can be recalled that NFA rice stocks sold at P27 per kilogram in the market were depleted because of delayed importation resulting in speculation that caused the prices of rice to surge.

Piñol, also the chairman of the National Food Authority (NFA) Council, in his Facebook post Wednesday, December 26, said that in preparation for the lean months, the NFA has established a stock inventory of 750,000 metric tons of imported rice.

The volume, he said, will ensure an eight-month supply of government-subsidized rice at 10 percent market participation.

“In addition to the P7 billion worth of ‘palay’ which will be procured by the NFA from local farmers, the NFA has given the assurance that there will be enough supply of government-subsidized rice in the market next year,” the agriculture chief said.

In Negros Occidental, a thin supply of the P27 per kilogram government rice was experienced starting April this year.

This was only addressed when the province received its first import allocation of 80,000 bags in July. Though, it only lasted until October.

While waiting for its additional import allocation of 100,000 bags, NFA-Negros Occidental requested for an augmentation of 20,000 bags from its counterpart in Iloilo.

The second importation, also from Thailand, arrived in the latter part of November.

Given the province daily consumption of 20,600 bags, it can only last for about five days if the NFA supplies the entire requirement.

But if based on NFA rice’s 10 percent consumption share, the additional stocks will be good for more than a month, or about 39 days.

Piñol further posted that NFA acting administrator Tomas Escarez reported that the approval by the NFA Council of the importation before the end of the year provides an assurance that the market will not see a repeat of what happened earlier this year.

Piñol, however, said the NFA will seek guidance on the selling price of the locally procured paddy rice since this will be bought at P17 per kilo on top of the P3.70 per kilogram incentive.

Early this year, prices of commercial rice rose to unprecedented levels after NFA rice stalls ran out of stocks sold at P27 per kilogram, he recalled.

In Negros Occidental, market prices went up to P60 per kilogram of commercial rice.

“It resulted from the disagreement between the NFA Council and the NFA on what mode of importation to use in buying the imported rice,” the official added.

Moreover, with the return of the NFA to the Department of Agriculture (DA), the NFA Council implemented the Suggested Retail Price Program setting a cap on the prices of rice.

President Rodrigo Duterte also issued an Executive Order easing the process for importation which allowed the entry of imported rice which greatly stabilized the supply in the market, Piñol said.

By the end of the year, Piñol said, the country will have a 134-day buffer stock of rice in the warehouses of both the NFA and private traders, and in household storage facilities.

It is said to be the highest buffer stock in recent years.