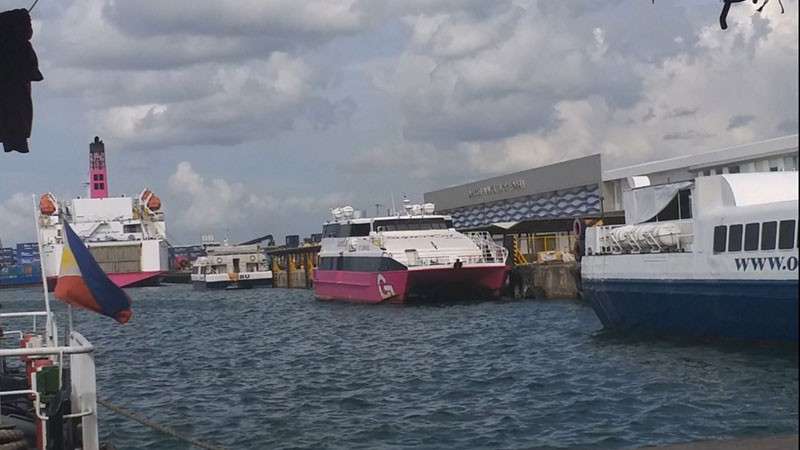 BACOLOD. Some of the fastcraft vessels docked at the Bredco Port in Bacolod City as trips were cancelled Thursday, December 27, due to Tropical Depression Usman. (Erwin Nicavera)

Thus, potential revenues during these times also increase as many passengers are really traveling from Bacolod to Iloilo to spend their long vacation in their respective places.

Carbon, though, said they will not incur opportunity losses with the cancellation of trips.

The order on cancellation of trips among fastcraft and roll-on, roll-off (RoRo) vessels started at 11 a.m.

"It is better safe than sorry," Carbon said, adding that they are not considering it as opportunity losses.

Aside from Weesam, the two other fastcraft vessels are SuperCat of 2Go Travel and Ocean Jet Ferries Inc.

On ordinary days, all three fastcraft vessels normally incur a total of at least P200, 000 in opportunity losses per day due to cancellation of trips.

Unlike New Year, for instance, passengers would still travel once the trips resume, the operator pointed out.

"The stranded passengers will still going to travel once the suspension of trips is lifted as they really want to celebrate New Year in their homes unless the cancellation continues until January 1," Carbon said.

But based on the monitoring of the Philippine Atmospheric, Geophysical and Astronomical Services Administration (Pagasa), the trips might resume Friday, December 28, Carbon also said.

This means that instead of opportunity losses, it can only be considered as "delayed" revenues, he added.