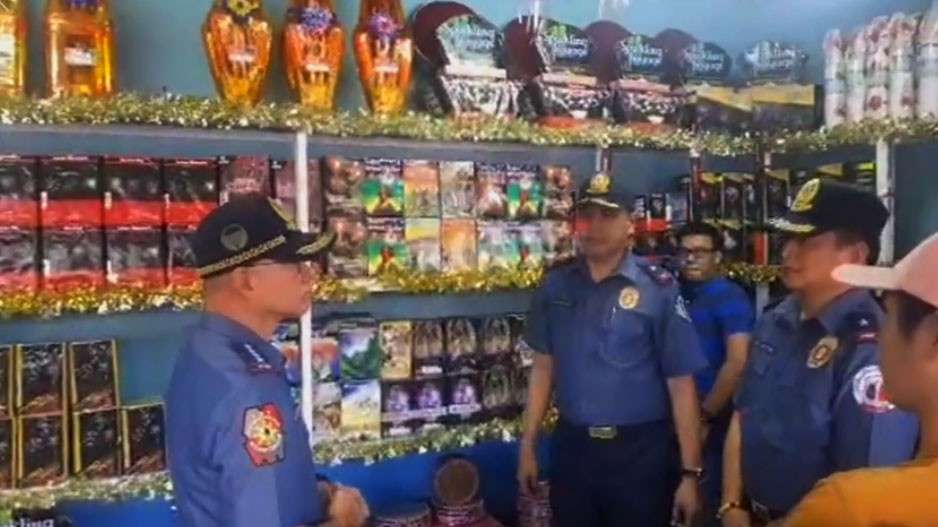 (To our countrymen, let us buy only those allowed by law. Do not buy those huge firecrackers, or we could get hurt.)

Those found violating Republic Act No. 7183 or the act regulating the manufacture, sale, distribution, or use of firecrackers and other pyrotechnic device, will pay a fine of from P20,000 to P30,000, or may face imprisonment of six months to one year.

Albayalde also reminded the public to light firecrackers only in the community fireworks display areas designated in every barangay.

Albayalde said that based on their inspection, all the shops in Bocaue complied with all the necessary requirements such as fire certificates and fire safety equipment.

(The shops we inspected this morning were compliant. They have fire certificates, business permits and permits from the Firearms and Explosives Unit.)

Albayalde also reported that the police did not see any prohibited firecrackers being sold.

Albayalde hoped that firecracker related injuries this 2018 will no longer climb.

Last December 26, the Department of Health (DOH) reported that from December 21 up to December 26 there were 24 individuals who were injured due to fire crackers. The health department said this was 54 percent lower compared to the same period in 2017.

Boga has been the consistent top cause of injuries with 11 cases, or 28 percent of the total.

Piccolo, which has been the top cause of injuries in previous years, has caused only three injuries (8 percent).

The number of fireworks ingestion cases remained at only 2 as of December 28.

“Update on the 2nd case is that the patient was discharged already by the UP-National Poison Management and Control Center,” said the DOH.