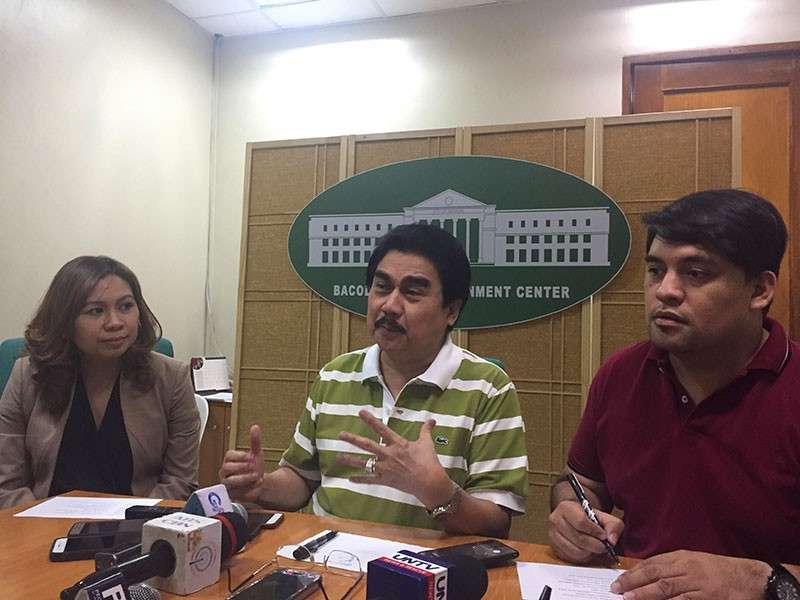 BACOLOD City will hold a New Year’s Eve countdown with a fireworks display at the Bacolod Government Center (BGC) grounds on December 31.

“This is all about the culmination of a great year for Bacolod that’s serving us as our crystal ball of what is the future for Bacolod,” Mayor Evelio Leonardia said.

He said the fireworks display will be sponsored by the PanAsiatic Solutions.

“This time, we will have a biggest and the best fireworks display ever in Bacolod,” the mayor said.

He said they noticed that every year, the crowd gets bigger and bigger.

Leonardia noted that with the full implementation of the guidelines on the regulation and control of the use of firecrackers, more people will join the city’s New Year countdown.

The mayor also clarified they are not competing with the Bago City that also held a Lights of Bago every January 1.

“The focus here is the BGC which is a symbol of Bacolod,” Leonardia said.

Siony Hijara-Ferraris, site director and general manager of PanAsiatic Solutions, said they started the New Year’s countdown in 2011 and from then on they have been a partner.

“We intend to partner with the local government because we are from Bacolod and we are for Bacolod. This will be spectacular fireworks,” she said.

Hijara-Ferraris assured the Bacolodnons that whatever major activities that the city will have, the PanAsiatic is always there to support Bacolod.

Event director Israel Salanga said the program will start at 6 p.m. with a live band and search for Bacolod Singing Idol 2018.

He said they will have a raffle off prizes to Bacolodnons.

The fireworks display will start at 12 a.m. (MAP)