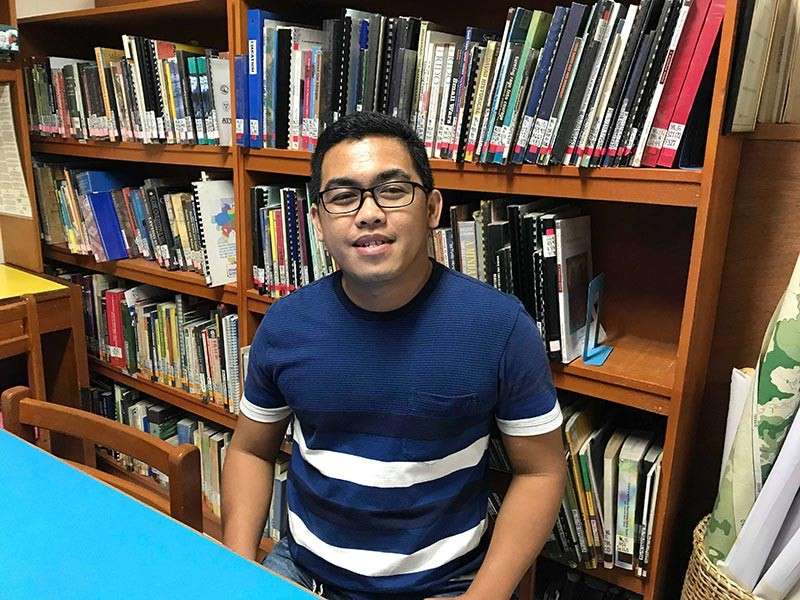 JUN Mark E. Amban, an Obu Manobo from barangay Wines in Calinan District was one of the growing number of tertiary education scholars of Mindanawon Initiatives for Cultural Dialogue based in Ateneo de Davao University, which has a scholarship program exclusively for children of the tribes.

He is presently a junior high school academic teacher at the Baguio National School of Arts and Trade in Baguio Proper, Baguio District, one of only four tech-voc high schools in the city. He also has a masters in Educational Management.

Hosting mostly children of the tribes with a few Moro and Christian settlers, BNSAT provides the skills that would allow the children in this hinterland district to earn livelihood from including welding, automotive maintenance, and cosmetology.

His first stint as a teacher in 2010 right after he passed the LET was at Tamayong National High School in barangay Tamayong, Calinan District, also in Davao City; another area where there are many Ips.

More than 10 years after entering college, Amban said it's a lot different now as there are more children of the indigenous peoples (IP) who are working towards getting college degrees.

Unlike during their time when Mindanawon scholars usually were the first in their tribe or villages to reach college.

"Daghan na IPs na professional karon, kasagaran teachers (There are now many professionals among the IPs, many of whom are teachers)," Amban said in an interview during the Christmas party of the new scholars at Ateneo de Davao University last December 17, 2018.

"Gina-encourage na pud ang importance sa education kay wala na man kaayong yuta na trabahoon (Elders now are more supportive of pursuing higher education because there are no longer that much land to till)," he added.

He is proud to say that many Mindanawon scholars are serving the communities after graduation.

He admits he's at the crossroads now as he is mulling the possibility of taking up Law. He finds inspiration in his fellow Mindanawon scholar Emman Rey Dapaing from the Mansaka tribe in Maragusan, Compostela Valley who is now a full-fledged lawyer after getting his law degree at the Ateneo de Davao University in 2014.

Indeed, IP youths have come a long way since a decade ago, although there are still a lot of hurdles each and every tribe has to overcome; their distance, their poverty, and the peace and order conditions in their villages contributing to these. But with youths like Jun Mark and Atty. Emman overcoming the odds and becoming full-fledged professionals, there will always be inspirations for the next generation.

Mindanawon now has 18 college scholars in different colleges in Davao City. From them will come more graduates who will serve the indigenous peoples.