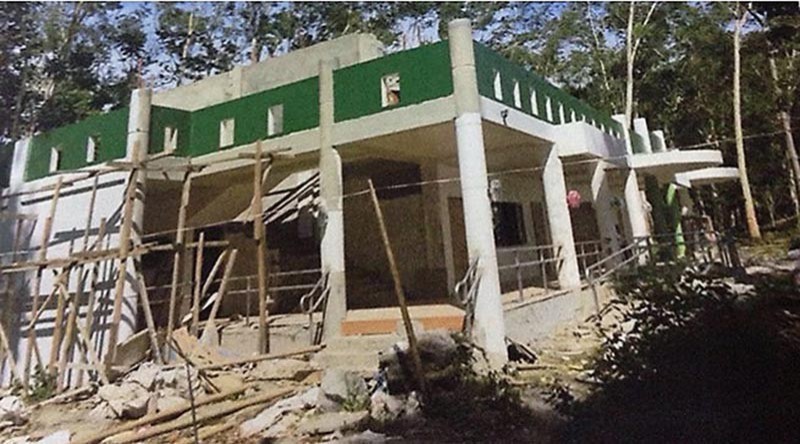 BACOLOD. The construction of Negros First Animal Hub at Panaad Park and Stadium in city was discontinued. 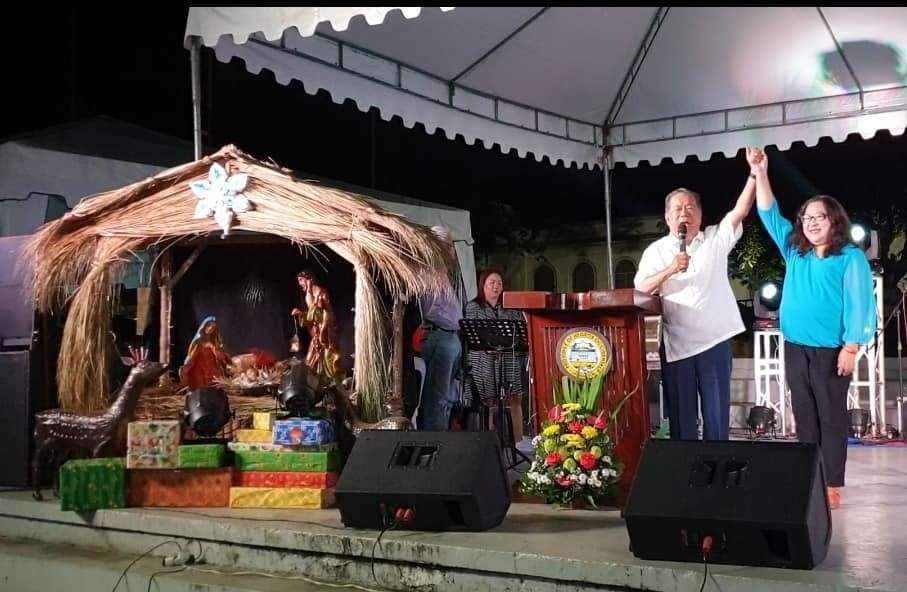 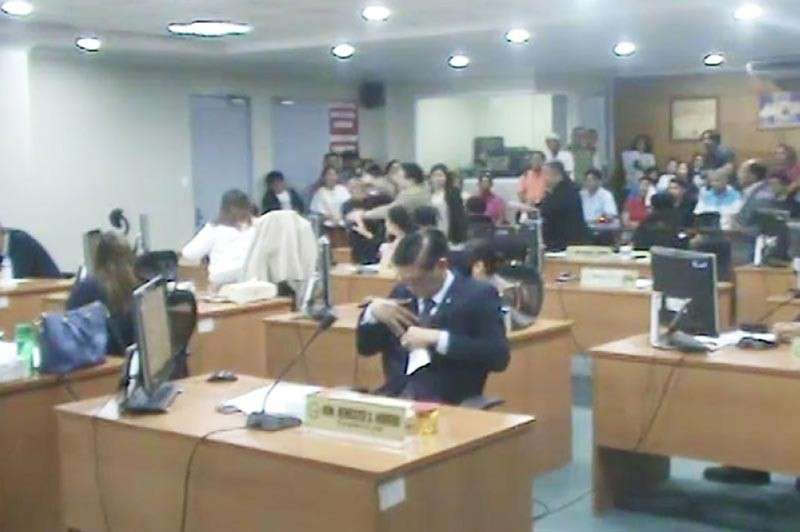 BACOLOD. A screenshot of the video released by the Bacolod City public information officer after Councilor Claudio Puentevella attacked Councilor Dindo Ramos following a heated exchange between them during the regular session in September at the Government Center.

NEGROS.The vehicle of Bacolod City Councilor Ricardo Tan was riddled with bullets following the attempt on his life on December 14. (Carla Cañet) 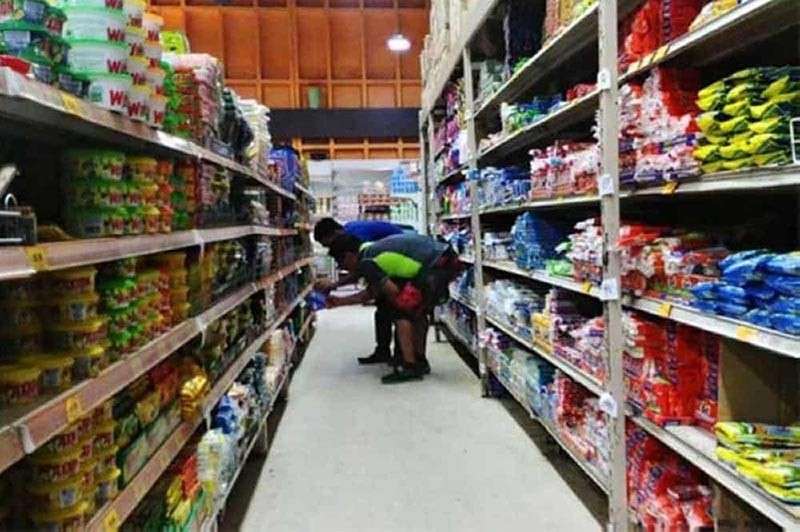 With a higher inflation rate, a labor group believes that there is also an erosion of the purchasing power of the consumers. (SunStar file)

BACOLOD. The construction of Negros First Animal Hub at Panaad Park and Stadium in city was discontinued.

The Provincial Government was marred with controversy after the Animal Hub was discovered to have been erected at the Panaad Park and Stadium in Bacolod City without any permit and has not undergone the bidding process.

Governor Alfredo Marañon Jr. said the provincial government won't pay the contractor of the Negros First Animal Hub because it has not passed through bidding.

Marañon said he has ordered the stoppage of the construction of the building which is almost 80 percent complete and that the contractor may have already spent about P4 million on it.

The governor also said he doesn’t know the name of the contractor.

Marañon said the province will use the building for it stands in the property owned by the provincial government, however, they will have the Provincial Legal Office study the situation first for there could be some legal impediments.

He also said he immediately formed an investigating committee upon learning the construction has not passed the bidding process, adding he got angry when he learned about it.

The controversy stemmed from the complaint letter of I Watch Negros Occidental Inc. sent before the Commission on Audit, Office of the Ombudsman, and the Provincial Bids and Awards Committee, questioning the construction of the Animal Hub building without bidding and purchase order.

Capitol supplier Eva Reso-or has admitted being responsible for the construction of the Animal Hub without the permit from the province.

The governor announced it during the Christmas party of the provincial government in December.

He told the Capitol workers that he personally invited Sigue to join their Christmas party. He also asked the former councilor to join him on stage as he endorsed her as the “next mayor of Bacolod.”

Marañon, who will finish his third and last term this 2019, said he will “exhaust everything” to help the candidacy of Sigue, whom he said “can help bring development and progress, and even clean Bacolod City.”

He also asked the Capitol workers who vote in Negros Occidental’s capital city to help him as they will “clean Bacolod physically, mentally, and morally.”

Mayor Evelio Leonardia has yet to issue a comment on the governor’s endorsement on his challenger.

BACOLOD. A screenshot of the video released by the Bacolod City public information officer after Councilor Claudio Puentevella attacked Councilor Dindo Ramos following a heated exchange between them during the regular session in September at the Government Center.

In September, Bacolod City Councilor Claudio Puentevella was expelled in the session hall after he boxed his colleague, Councilor Dindo Ramos during their regular session.

Puentevella and Ramos figured in an exchange following a deliberation on the contract of the city government with garbage hauler IPM Construction and Development Corporation.

This quickly escalated which prompted the vice mayor to call for a recess.

During the break, both Puentevella and Ramos stood up, and the former attacked the latter. Their colleagues immediately pacified them.

Ramos sustained a bruise on his left face and was brought to the vice mayor’s office while Puentevella left the session hall after he was reprimanded.

Ramos said he did not expect that Puentevella will box him for it was only a normal discussion in the session hall.

Puentevella also issued an apology after the incident.

In October, Ramos filed a criminal complaint against Puentevella for direct assault and disturbance of proceedings.

NEGROS.The vehicle of Bacolod City Councilor Ricardo Tan was riddled with bullets following the attempt on his life on December 14. (Carla Cañet)

A number of barangay officials and lawyers were killed this year while two ambush incidents were perpetrated in the span of one week.

Police are looking at Ligaya’s unpaid debts as the motive of the killing.

In August, a village chief of Libas in Isabela was gunned down by four unidentified men in Barangay Cabcab.

Killed was Rhoy Pagapang, 38. He was with a village watchman when the assailants attacked him. His companion was unharmed.

Police are eyeing revenge as the motive of the incident.

On May 26, Salvacion Samson, 51, was having breakfast with her daughter when the gunman entered the house and fired at her at close range.

Samson was a newly-elected councilman of Barangay Malvar in Pontevedra town.

On May 29, Willie Castor, 58, a newly-elected councilman of Barangay Gatuslao, Candoni town was gunned down by two unidentified men outside his house.

In August this year, defense lawyer Rafael Atotubo was gunned down by two unidentified assailants in a motorcycle in front of his house in Barangay 20, Bacolod City.

Recently, a lawyer was injured while her partner, a former policeman, died after they were allegedly ambushed by unidentified armed men in Talisay City on December 21.

Police identified the fatality as Efren Palmares. Wounded was lawyer Erfe del Castillo, legal counsel of Francis Rey Cabuga, one of the stakeholders of the Metro Inn Hotel in Bacolod City.

The police have yet to establish the motive of the incident.

Issues on inflation have also been hounding the province this year.

The increasing trend in the country's inflation rate has further raised the worries of businesses in Bacolod City and Negros Occidental.

The hike in the country’s inflation rate has been going on since the start of 2018, records of the Philippine Statistics Authority (PSA) showed.

Frank Carbon, chief executive officer of the Metro Bacolod Chamber of Commerce and Industry, said the increase in prices of basic commodities such as rice, fish, and vegetables is already “hurting” the public including small enterprises.

The surge in the prices of fuel and other petroleum products also triggered the increase in prices of basic commodities and other products affecting small enterprises, he added.

Though inflation slowed down to six percent in November, a local labor group claimed that it was not felt by the consumers.