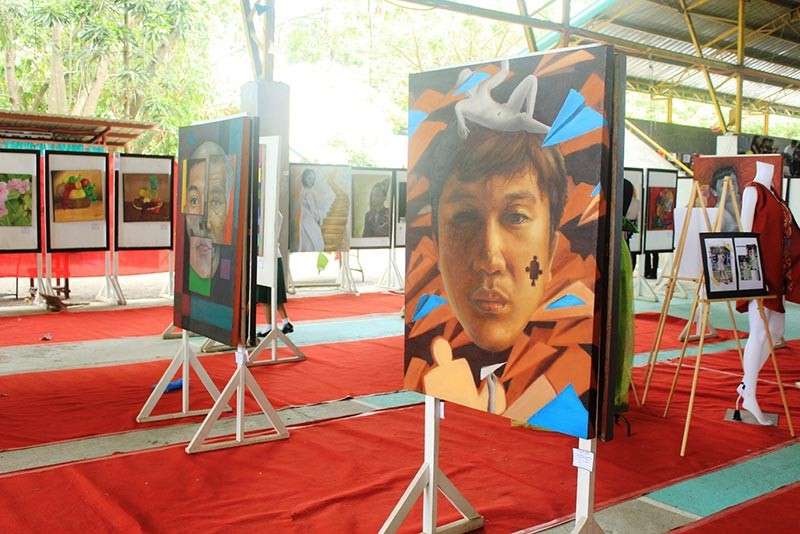 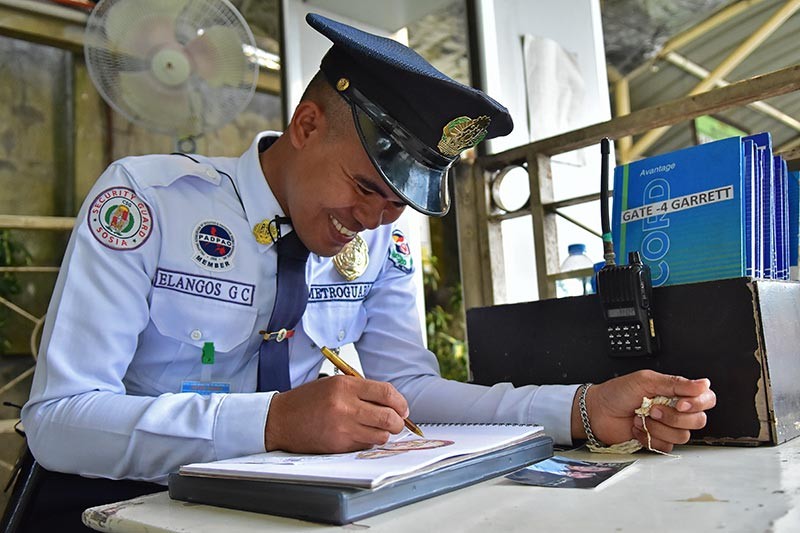 DAVAO. Godofredo Elangos, Jr., a security guard at the University of Mindanao, caught the attention of social media for his sketches. (Contributed photo) 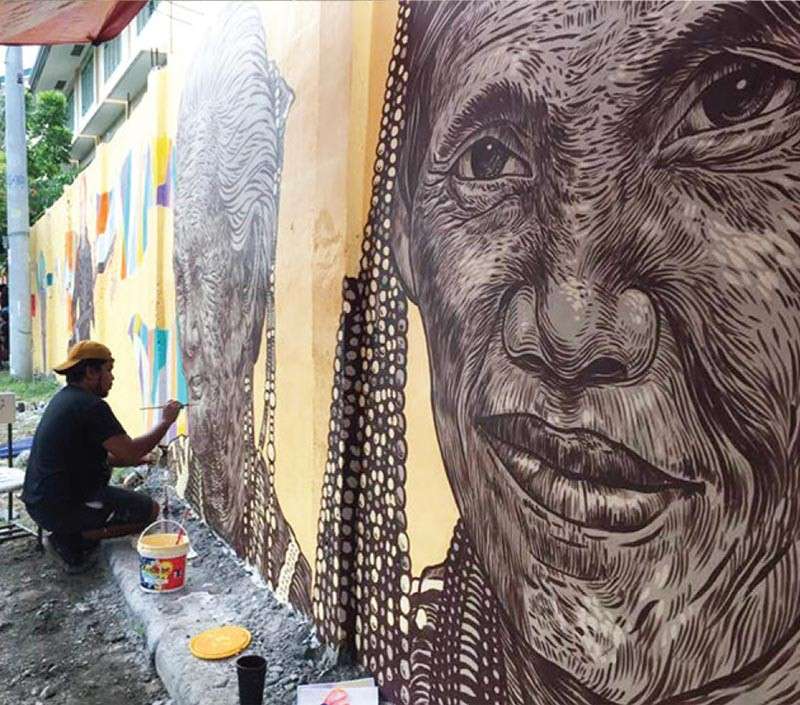 DAVAO. A colorful mural wrapped the fences of Davao City National High School around the middle of this year. (Contributed photo) 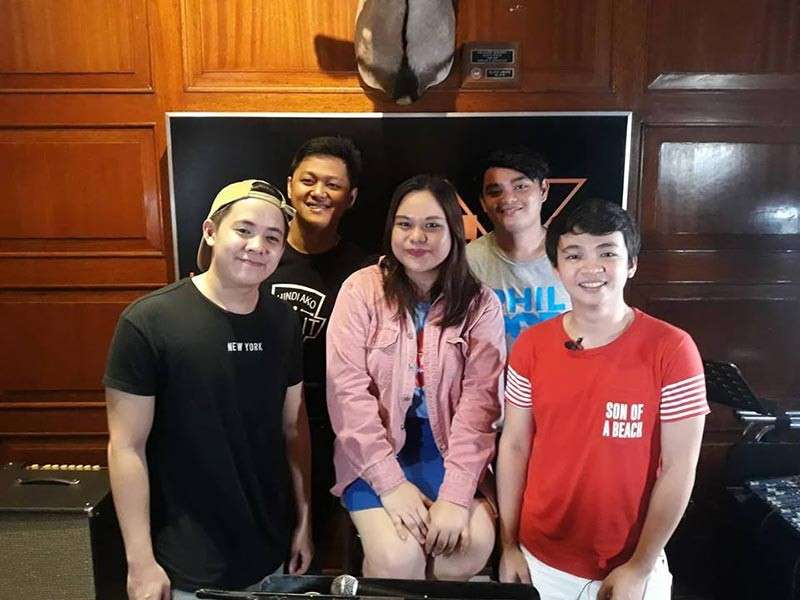 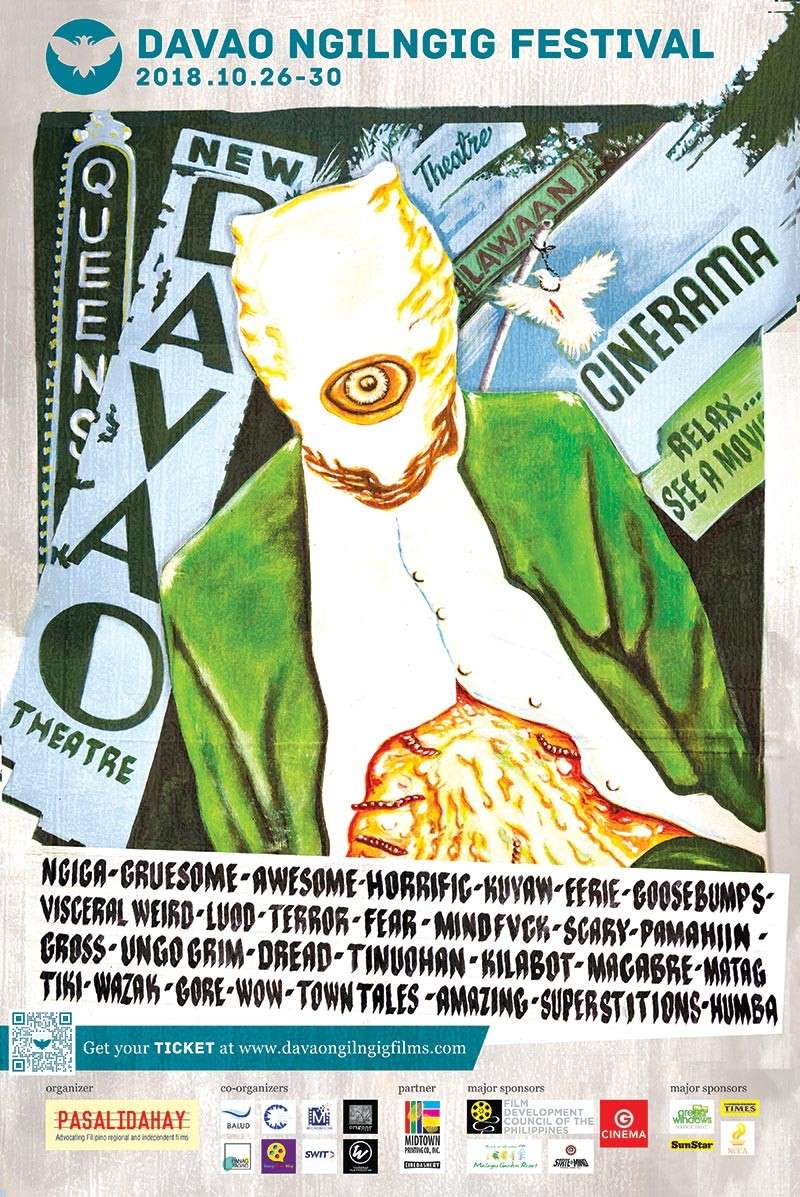 A LOT happened in 2018. The arts and culture scene in Davao City has also been lively this year. Weather it is in the visual arts or the performing arts, there is something to celebrate about.

The students exhibited their paintings, photographs, and fashion designs in “Pigment of Stories”, where the works are inspired by the students’ perceptions and self-expressions in colors and monotones.

Theater Arts class performed their musical play entitled “Gugma-Heh,” a story about the impression of today’s generation on heartbreaks and infatuations performed with OPM tracks.

Cultural, modern, and contemporary dances that spoke of the unity among Mindanawons were performed by Grade 12 students.

Around the middle of this year, one would notice how the fences of DCNHS were wrapped with art showcasing Mindanawons.

"It's a reminder to look at who the Mindanao ancestors are and because Davao City is growing very fast, to be a constant reminder of who we are so that we grow grounded on that identity without destroying our heritage and our environment," said Rey Mudjahid "Kublai" P. Millan, who organized the project.

A total of 44 art students, one art group, and the Special Program for the Arts (SPA) alumni and art and design teachers of DCNHS participated. The artists from the school itself are made up of Junior High Students belonging to the SPA Visual Arts group, and the Art and Design track of Senior High School.

The city's independent film industry may be small but it definitely made some noise this year with the staging of the annual Davao Ngilngig Festival and the Mindanao Film Festival.

The Davao Ngilngig Festival highlights films that are not only on town tales and superstitions, where the Ngilngig project started, but also the weird, the eerie, the "wazak", and those that cannot be described as to what it is.

Aside from the films from local film makers, the Davao Ngilngig Festival also highlights other forms of art like theater, visual art, and literary art.

"The Mindanao Film Festival founded in 2003 as the Guerrilla Filmmaking Festival aims to be the platform for budding and established regional filmmakers in Mindanao to showcase their films to the public," organizers said in a statement.

Festejo made it to the top 10 and was declared as the winner for Philpop 2018.

As Philpop had been a gateway of emerging songwriters in the past, it is only right that these songs made by songwriters from Mindanao be given the chance to be listened to and be sup-ported by a greater audience.

One of SunStar Davao's digital content this year is the #ArtistInFocus, which features artists of different artistic disciplines.

A photo of Elangos and his sketches went viral on social media this year. Using only a pencil and ballpen, he was able to produce beautiful sketches of the loved ones of those asking him to draw.

Suyom, a professional makeup artist, has become known not only for her make-up skills but also her ability to make realistic special effects make-up. She has become one of the go-to artists for those who want to step up their game during Halloween.

Sumangil won Talenthouse's "Venom" alternative poster competition. It was participated by more than 3,000 artists globally and his artwork was picked by Tom Hardy, the Hollywood star in the Marvel’s film Venom, as the best among the rest.

A lot has happened in 2018 and the art scene is as lively as the year was. We hope to see more colors and artistic expressions as we enter 2019.