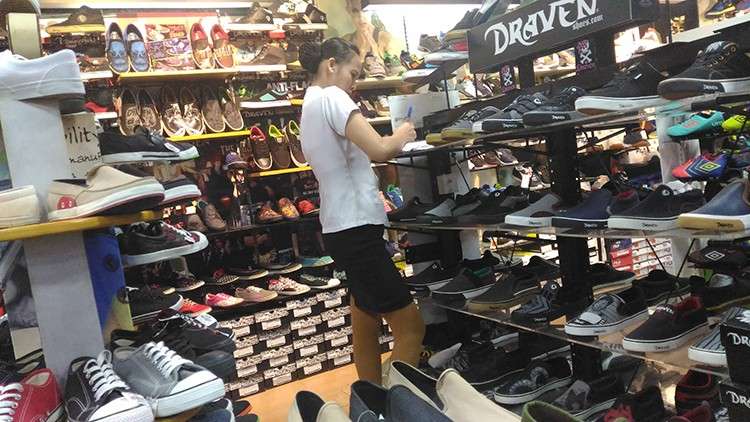 Shopping for a job. A saleslady works in a department store in Cebu. More and more people have been using the online platform to look for jobs, including those in retail, education and banking. (SunStar Foto / Amper Campaña)

AS companies shift to digitalization, online hiring saw a huge growth in the Philippines.

Based on the study by Monster.com, an online career and recruitment resource, online recruitment activity in the Philippines saw a 25 percent year-on-year growth between October 2017 and 2018, as per the latest Monster Employment Index (MEI).

“Eleven out of 12 industries recorded double-digit growth in online recruitment, led by healthcare and retail with 41 percent and 39 percent increases year-on-year, respectively,” it stated.

Tan, in an earlier interview, urged his fellow businessmen to invest in technology to ease the burden not only on current employees but also potential ones.

The interview, however, is still conducted face to face, Tan said.

According to Monster, the sectors of purchase, logistics and supply chain professionals were found to be most in-demand with a 47 percent rise.

“It is accessible, not time-consuming, and you can filter your job search according to the position that you would like to apply for. Looking for a job online is much easier than scanning through classified ads,” she said.

Lopez looked for jobs like being a guidance counselor, psychometrician, life coach and human resource officer.

Asked how her experience was, Lopez said it was positive when it came to online recruitment.

“It was easier and faster, one click and there you go. Your job opportunity is already in front of your screen,” she said.

Another fresh graduate of BS Psychology, Therese Rhoda Oporto, 22, landed a job in just a week through an online website for job vacancies.

“I chose to use the online platform because it is more accessible and convenient rather than buying a newspaper to search through the classified ads,” she said.

Professionals in service-based occupations such as healthcare, hospitality & travel and customer service also witnessed notable growth in demand with growth numbers of 36 percent, 19 percent and 10 percent, respectively, between October 2017 and 2018.

“The Philippines has always counted on the services sector as one of the strongest and fastest-growing pillars of its economic growth. Government estimates show that the share of the service sector in the country’s gross value added contribution has been increasing over time, nearly touching 60 percent last year,” Abhijeet Mukherjee, chief executive officer of Monster.com in APAC and Middle East, said in a statement.

“With the government making efforts towards boosting tourism and attracting investments in Human Resource Department, Research & Development, Finance and Infrastructure, there is bound to be an uptrend in hiring, especially for related professions,” he added.

The only industry in the Philippines to record a decline last month was education with an eight percent drop between October 2017 and 2018.

It records the industries and occupations that show the highest and lowest growth in recruitment activity locally. JOB with PR