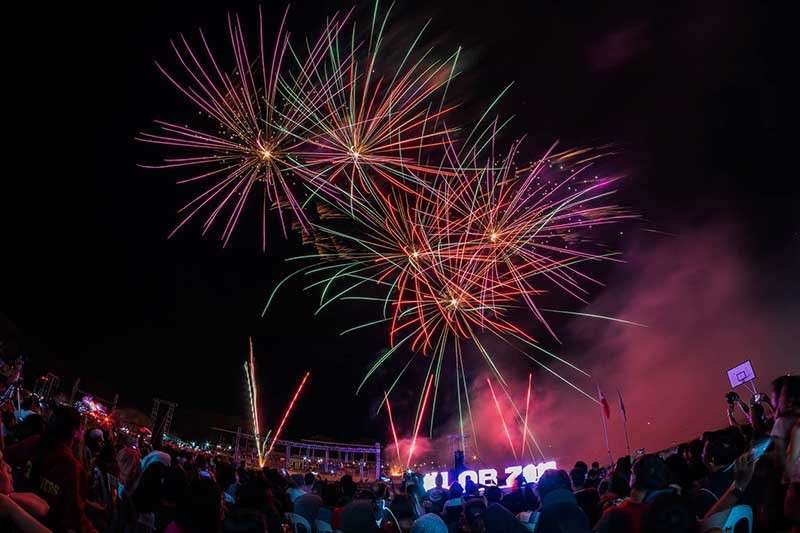 BAGO City Mayor Nicholas Yulo expressed optimism that brighter lights await the locality this year as he vowed to sustain the programs and projects geared towards improving the lives of every Bagonhon.

Yulo, at the sidelines of the 11th Lights of Bago held at the jam packed Manuel Y. Torres Sports Complex in the city on Tuesday, January 1 said the local government is starting the New Year in the same direction.

That is to continue boosting the economy thereby resulting in more employment and livelihood opportunities for the people, Yulo said.

“We will continue to work on attracting more investments. With this goal, we will also train our people to be ready for the skills it may require,” he added.

Being the rice granary of Negros Occidental, the city contributes 19 percent of the province's total rice production.

The local government recognizes that the agriculture sector employs a bulk number of residents.

Thus, it will continue to push for farm mechanization to improve farmers' production and profitability.

Yulo, however, stressed that they are also open to develop and further support other sectors that are also helping many locals.

In fact, they are into developing micro, small, and medium enterprises which is also the thrust of the Department of Industry, Yulo said.

“We are also working hand in hand with various government agencies like the Department of Education and Department of Social Welfare and Development in implementing programs needed by our constituents. Also, to avoid redundancy,” he added.

The mayor furthered that their aspirations are symbolized by the colorful and bright lights showcased during this year's Lights of Bago.

Now on its 11th edition, the 20-minute fireworks display featured some of the greatest hits in the 80s.

“The music of the 80s has become universal and was revived in many generations so it cuts across all ages,” Yulo, in his speech, said.

The theme this year is “Beyond a Decade of Symphony and Music.”

The event has wowed about 35,000 spectators coming from the city and other localities in the province.

“It is really the intention of Stoffel to make Bago known to everyone and come up with a unique annual event where people can converge as they welcome the year with brighter hopes,” he said, adding that “we are achieving such goal.”

For David Villanueva, the fireworks supplier of the city for 11 years, said Bago City has an “incredible” venue for fireworks display from among the local governments they are providing.

Villanueva said because the venue is so big they can do a lot more with the effects, sequences, and light changes.

“We can get a lot of people to watch it. Some people even said that it is better than Disney which has fireworks but not as intense as this one,” he added.