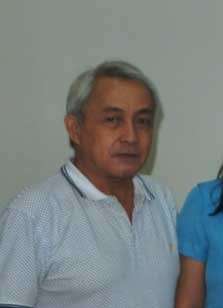 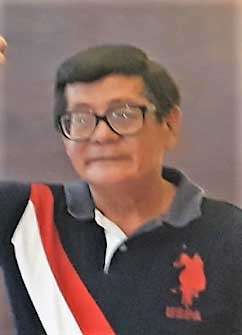 LIKE the previous years, business and labor groups in Negros Occidental have expressed opposing views on what awaits Negrenses in 2019.

For the local business sector, 2019 will be a better year for Negros Occidental.

Frank Carbon, chief executive officer of Metro Bacolod Chamber of Commerce and Industry (MBCCI), said the business sector saw the worst and best of times for the province last year.

Carbon said worst mainly due to rampant killings, and high food prices and fuel costs. On the other hand, best because billions of investments were poured in Negros Occidental and Bacolod City.

Some of these investments, he cited, were brought by property giants Ayala Land Inc. and Megaworld Corp. particularly their mix-use projects, among others.

These are on top of Bacolod Real Estate Development Corp. port's opening of its new passenger terminal, SM's construction of hotel development to support its convention center, and the start of economic highway construction in the province.

“All of these mean that in 2018, we created a lot of job and livelihood opportunities for Negrenses,” Carbon said, adding that “it has been the investment trend in the province for the last eight years and will continue in 2019 and even beyond.”

The local business sector projects that for this year, it is not only the service sector investments that will increase. They also see more developments in the power sector.

Anticipating the growing need of the business and household sectors, its official said the National Grid Corp. of the Philippines is already gearing up for the establishment of its 230-kilovolt Cebu-Negros-Panay Backbone Project.

The transmission utility earlier announced that the project is targeted to be completed by 2020.

“This is another investment, a big investment,” he said, adding that solar power farms may also venture into biomass energy generation to complement their production.

The billion-peso capital expenditures of power distribution utilities, meanwhile, are hoped to be approved by the Energy Regulatory Commission in order to improve their distribution lines.

“Service and power sectors, put it together, there's going to be a lot of jobs and livelihood for Negros in 2019,” the business leader added.

MBCCI also expressed optimism that the government sector, particularly the Department of Public Works and Highways, will continue the development of inter-provincial road networks.

For the group, tourism and information and communications technology are among the major industries of the province seen to further boost this year.

Moreover, in the bid to attract investments resulting in more jobs, the business group recognized the important role of the education sector as well as local government units (LGUs).

LGUs, on the other hand, should work on ensuring water supply stability along with power.

Despite the optimism, MBCCI still has apprehensions for 2019 including the impending increases in the prices of food and fuel.

“Thus, there is a need to create more jobs and livelihood opportunities to offset the possible effects of the rising cost of basic goods and services,” he stressed.

As they assured stronger partnership with the provincial government for various development initiatives, local businessmen also urged the Philippine National Police and other concerned agencies to also address crimes especially killings and drugs.

The local labor group, meanwhile, is not bullish for 2019. For them, there is “no bright prospect” for labor this year.

Wennie Sancho, secretary-general of General Alliance of Workers Associations, said the prices of fuel are expected to escalate by the first quarter of the year.

This follows once there is no more rollback on the prices of petroleum products due to a production cut of 1.5 million barrel per day by the Organization of the Petroleum Exporting Countries, he said.

Sancho also cited the imposition of additional excise tax and continuous implementation of the Tax Reform Acceleration and Inclusion Law as factors for the impending oil price hike.

“This will result in the erosion of purchasing power as the take-home pay of the workers will reduce,” he said, adding that this will compel them to call for another round of wage increase.

The labor group is also apprehensive of the alleged "exodus" of Chinese workers in the country claiming that it deprives Filipinos of the opportunity to be employed.

The state, therefore, does not fulfill its constitutional mandate to uphold the protection of local workers, Sancho said.

“The government should check this anomalous practices. It is detrimental to the labor sector that there are 9.8 million unemployed Filipino workers as 2017,” he said.

The labor leader, moreover, cited the offer of Employers Confederation of the Philippines (Ecop) to regularize thousands of contractual workers.

Sancho, however, said regularization of workers is guaranteed by the constitution and mandated by the labor code particularly for works necessary and desirable to the business to the company.

“So for Ecop to offer is preposterous as it seems that it's their prerogative to regularize workers, which is not,” Sancho said.

He added that “hopes will begin to fade once we are faced by the harsh reality of life given that contractualization is still the name of the game.”

In order to prevent these apprehensions to happen, the perspective of the labor sector is that there should be a change in the economic and labor policy of the government.

“There was a struggle in 2018 but was lessen due to somehow an economic relief in the form of additional wage and number of rollback on fuel prices, but we expect more struggles this year,” Sancho said.