Firecracker-related injuries down in Cordillera 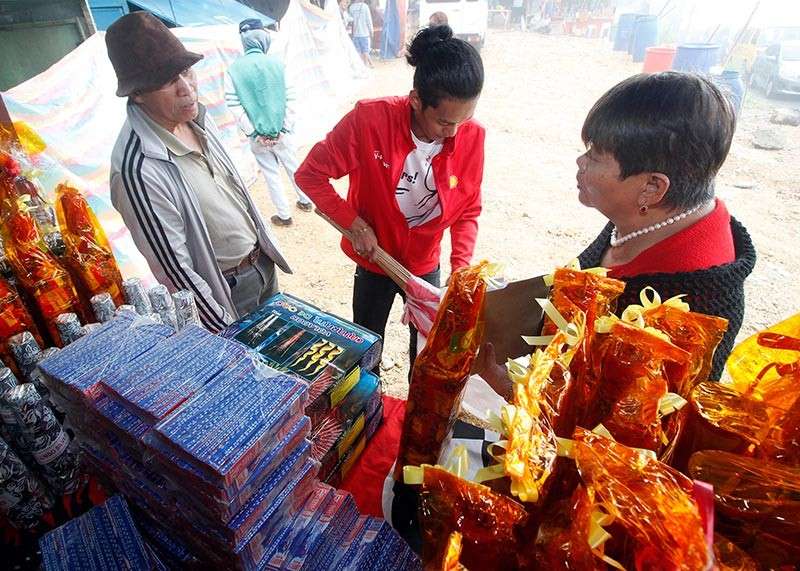 THE Police Regional Office Cordillera (PRO–Cor) and the Department of Health regional office recorded a 53-percent reduction in firecracker-related incidents in the region from December 16, 2018 to January 1, 2019 compared to the same period last year.

Chief Superintendent Rolando Nana, PRO-Cor regional director, said the stronger campaign of the PNP against illegal firecrackers and pyrotechnic devices and the 24-hour patrolling by police particularly on Christmas and New Year’s Eve contributed to the reduction in firecracker-related incidents in the region.

All the nine victims, with ages from 7 to 34, sustained minor injuries from illegal firecrackers like boga, bawang, kwitis, piccolo and 5-star.

Confiscated from the suspects were 14 packs of pla-pla containing 100 pieces each.

The suspects are now under the custody of the police. They will be charged with violating Republic Act 7183.

Nana said there is an order to all field commanders to closely monitor the sale of illegal firecrackers in the region while the campaign on loose firearms of the PNP and the 100 percent personnel on duty during the Christmas and New Year’s Eve also helped in having a zero incident on indiscriminate firing.

Last year, only one incident of indiscriminate firing was reported and the suspect was arrested.

Nana added that PRO-Cor will remain on full alert and will closely work with DOH in continuously monitoring firecracker-related incidents.