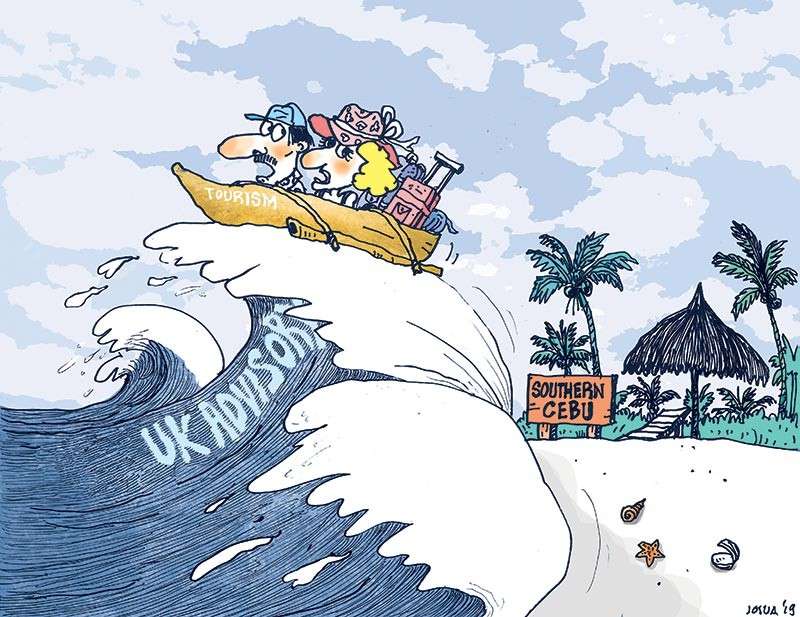 The recent travel advisory from the UK warns its citizens not to travel to Mindanao and southern Cebu following the recent bombing in Cotabato.

“Terrorist groups continue to plan kidnap operations against western nationals in the Philippines. This threat extends throughout the Philippines, both on land and at sea, but is particularly acute in southern Philippines (Mindanao, Palawan and Central Visayas, including Siquijor and Dumaguete),” the advisory read.

But Cebu Provincial Police Office (CPPO) Director Manuel Abrugena said there is no immediate threat of terrorist acts in southern Cebu and the Cebu province is safe, although a security plan is now in place in the towns of Badian, Dalaguete and Oslob. Those areas are being frequented by tourists.

But why southern Cebu only? Historically, southern Cebu figured as among the targets of Moro slave raiders, prompting the residents to build those structures, like the Baluarte in Oslob, against slave raiding under the Spanish colonial regime. That those structures were also built even in areas in central and northern Cebu showed that no area was safe from slave-raiding.

Bohol figured prominently last year when Muslim militants clashed with and were subsequently killed by the police in Inabanga town. And Inabanga is not far from Mactan island in Cebu. Which means that militants can target that island as well. Which is what those travel advisories are about: map out areas where terrorists could strike and warn the concerned foreign nationals about it.

Militants use the element of surprise in their actions, meaning that there is no room for complacency as far as security forces are concerned. That is why the police and the military should continue to be vigilant, whether the UK or the US will issue travel advisories to their nationals or not.