NFA-NegOcc: Additional 160,000 bags of rice from Vietnam up for unloading 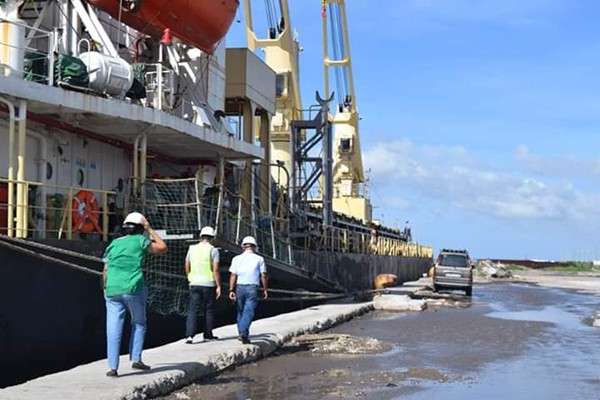 THE additional eight metric tons, or 160,000 bags, of imported rice from Vietnam is up for unloading, an official of the National Food Authority (NFA) in Negros Occidental said.

Gellecanao said the third import allocation for the province for 2018 was shipped via MV Tan BINH 79.

The first import allocation of 80,000 bags arrived in July 2018 followed by 100,000 bags in November. Both stocks were imported from Thailand.

“The additional importation was actually approved by the NFA Council last year and is supposed to be shipped by November. It, however, arrived latter part of December,” she added.

Gellecanao, along with other NFA-Negros Occidental, inspected the vessel on Tuesday.

The stocks were subjected to 24-hour aeration before the unloading can be started most probably on Friday, January 4.

Gellecanao said under normal circumstance, meaning without disturbance like bad weather, the unloading may be completed in at least two weeks.

As of Thursday, the existing buffer stocks stored among warehouses in the province is about 50,000 bags, which are still up for distribution among local retailers.

Thus, the total inventory of government rice in Negros Occidental is currently pegged at 210,000 bags.

These stocks have a selling price of P25 per kilogram for accredited rice retailers. It will still be sold in the market at P27 per kilogram.

Gellecanao said given the province's average daily consumption requirement of 20,600 bags, the existing buffer may last up to 80 days.

NFA rice's participation in the total consumption requirement is only 10 percent, she added.

Agriculture Secretary Emmanuel Piñol earlier assured that there will be enough supply of rice this year.

Piñol, also the NFA Council chairman, said the NFA has established a stock inventory of 750,000-metric tons of imported rice in preparation for the lean months.

The volume, he said, will ensure an eight-month supply of government-subsidized rice at 10 percent market participation.

“In addition to the P7 billion worth of palay which will be procured by the NFA from local farmers, the NFA has given the assurance that there will be enough supply of government-subsidized rice in the market next year,” the agriculture chief added. (EPN)