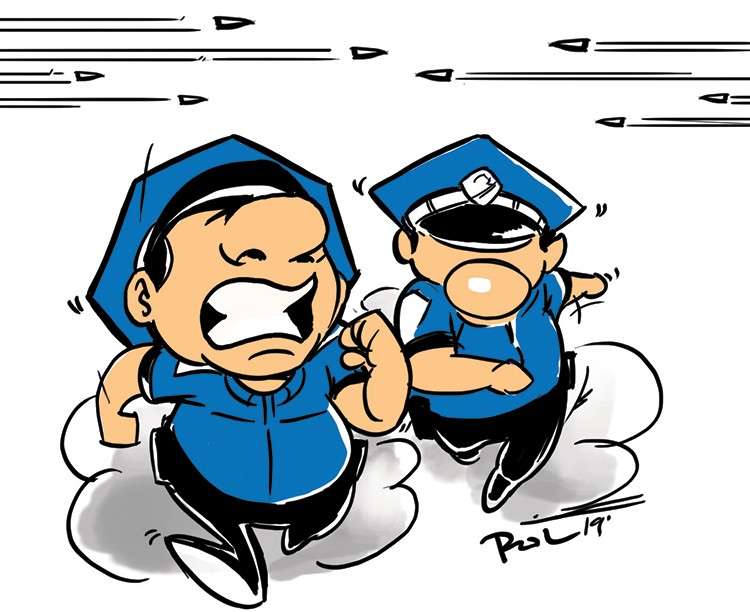 THREE officers of the Police Regional Office (PRO) 7 and two police non-commissioned officers are under investigation after they fled a one-time big-time operation against loose firearms in Negros Oriental last Dec. 27.

Their absence was discovered when their colleagues were serving search warrants against persons with unlicensed firearms.

According to PRO 7 Director Debold Sinas, cousins PO1s Melvin and Thomas Cañete of the Regional Mobile Force Battalion (RMFB) 7 suddenly disappeared during a volley of gunfire.

Their disappearance alarmed Sinas, who ordered all police officers in Negros Oriental to look for the two, because he thought they might have been killed.

Later that night, the Cañetes showed up. They said they got lost in the confusion that followed the gunfire and ended up in a river in one of the mountain barangays of Guihulngan City.

But during the investigation, it was learned that the two cops from Dalaguete, Cebu didn’t go to the mountain with the rest of the battalion because they were afraid. They stayed in a restaurant in the city to await the return of their colleagues.

“When the gunfire started, the Cañetes got scared and fled. They went to the city and hid while the whole RMFB 7 looked for them until nighttime. I got so mad because I thought we had casualties only to find out during our technical support that when their cellular phones were ‘pinged,’ they were in the city the whole time,” Sinas said in Cebuano.

Sinas ordered the cousins to return to their barracks and to surrender their firearms.

He also ordered the filing of charges against them for cowardice and dishonesty.

Three police officers who returned to Cebu without his permission will also be investigated. Sinas, though, withheld their identities.

On Jan. 1, Sinas ordered the relief of the three police officers and the Cañete cousins. They were transferred to the Regional Personnel Holding Accounting Unit where they’d stay during the investigation. (From AYB of Superbalita Cebu)