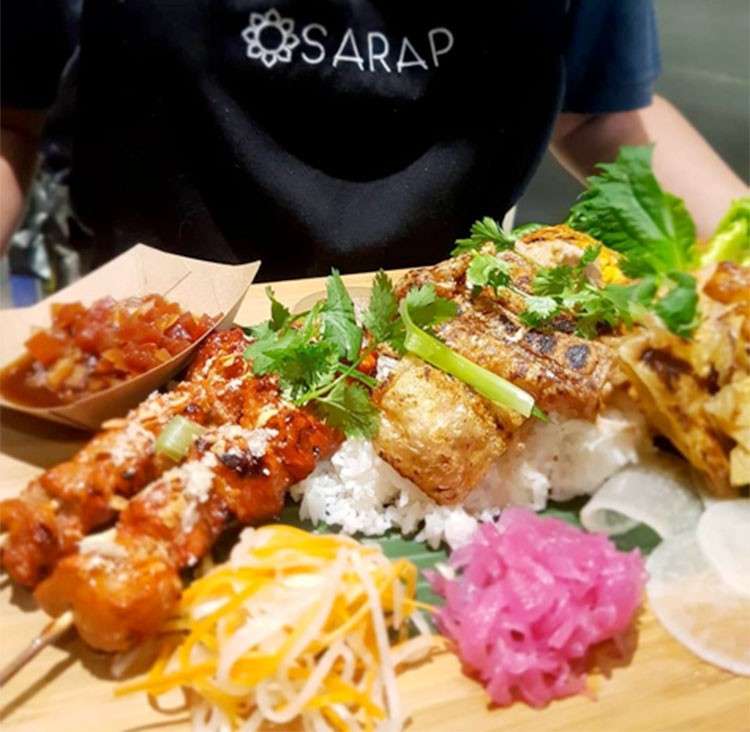 MORE LECHON FOR EVERYONE. Lechon will be available in Soho starting this January, thanks to Chef Budgie Montoya and Sarap London. (Photo courtesy of Sarap London) 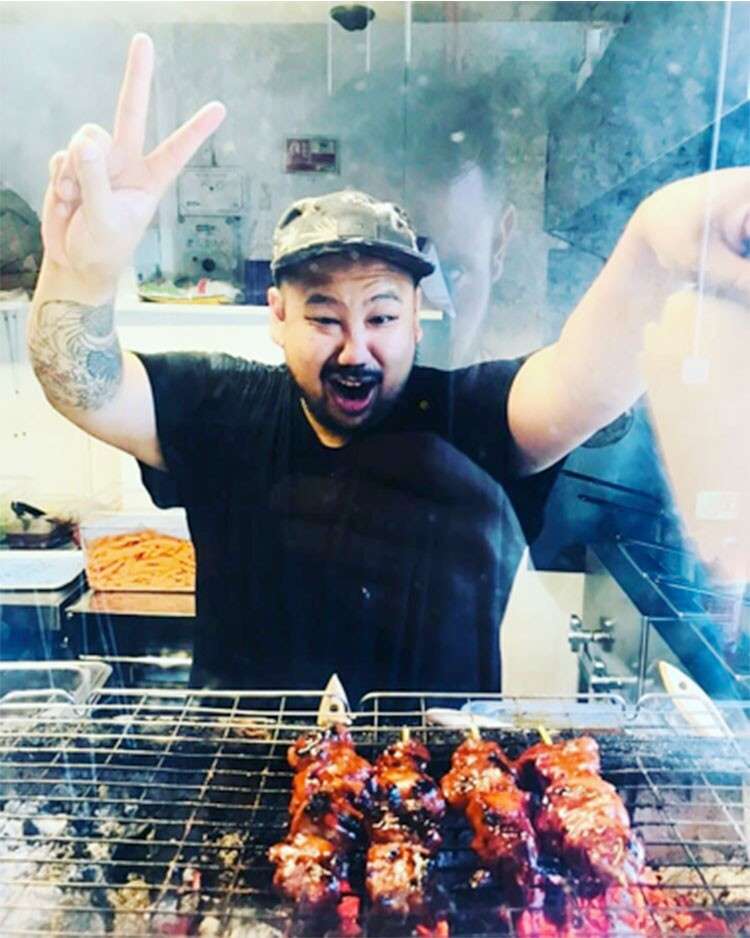 Following a successful residency at Coffe is my Cup of Tea in Dalston Lane, Budgie will is ready to feed the hungry at Soho. (Photo courtesy of Sarap London) 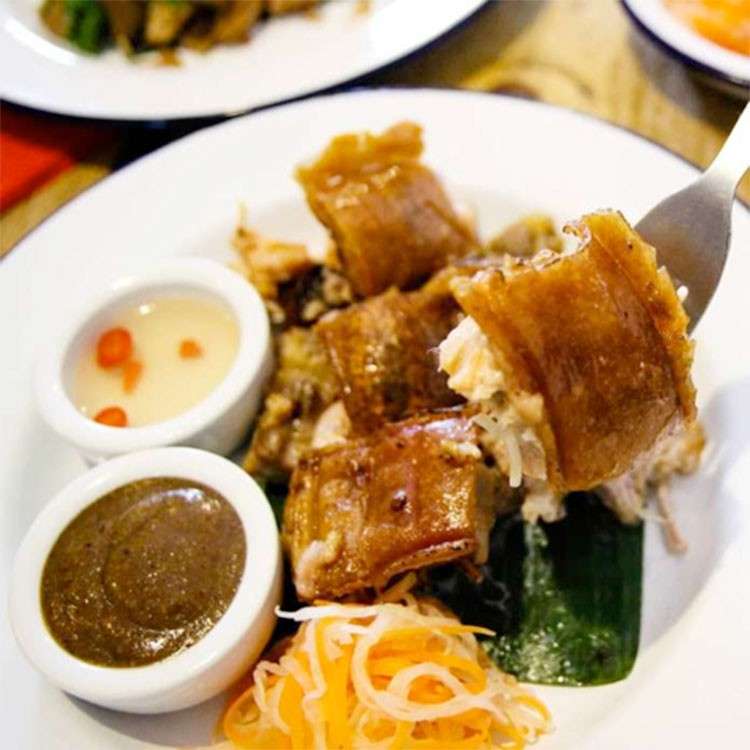 Lechon, pork barbecue, and kinilaw will be among the Filipino favorites Chef Budgie will cook up at Sun & 13 Cantons. (Photo courtesy of Sarap London) 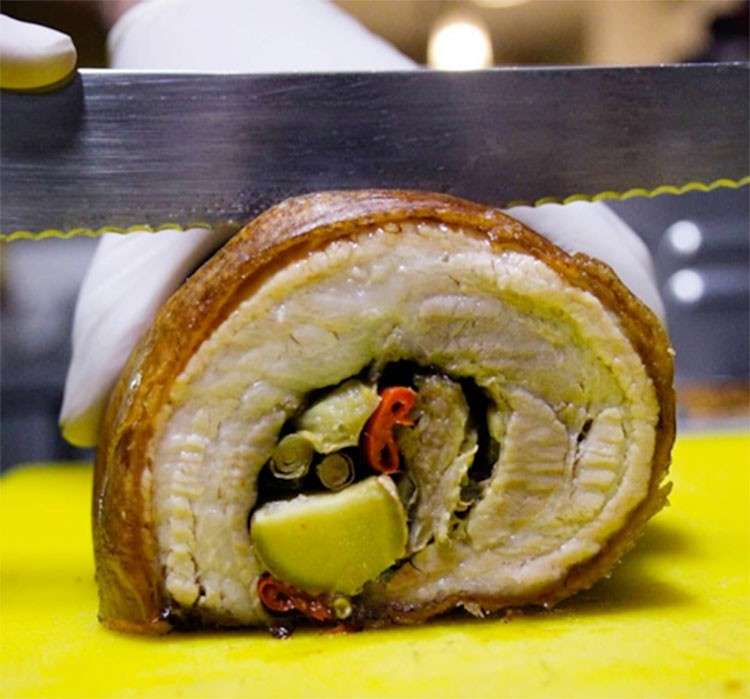 Lechon, pork barbecue, and kinilaw will be among the Filipino favorites Chef Budgie will cook up at Sun & 13 Cantons. (Photo courtesy of Sarap London)

LONDON -- The world can now sink their teeth into the Philippines’ famed lechon and pork barbecue in Central London as chef and founder of hit Filipino pop-up Sarap London Ferdinand "Budgie" Montoya takes up residence at corner pub and restaurant Sun and 13 Cantons in Beak Street, Soho beginning January 19.

Sarap will be serving its signature lechon -- slow-roasted, brittle-skinned suckling pig stuffed with spices -- and Filipino pork barbecue together with extra dessert options in its new location, which is a who’s who hangout of the United Kingdom’s stage and screen stars such as Oliver Reed, Peter O’Toole, Jude Law, Ewan McGregor, Sean Pertwee, Russel Crowe, Gemma Arterton, Lars Ulrick, Mick Rock, and Kasabian, among others.

Lechon is a popular Filipino pork dish that is cooked and prepared slowly over low fire and hot, glowing embers. Although traditionally a dish served during celebrations, lechon skyrocketed to international acclaim as Filipino chefs brought the tradition overseas and as celebrities like the late Anthony Bourdain raved about it in their shows and social media accounts.

“Our lunch menu will revolve around rice plates incorporating some of our regular dishes such as the best-selling lechon liempo and in-house pickles,” said Budgie in an interview with Adam Coghlan of Eater London.

Since his illustrious IT career in Australia for his calling in the kitchen, Budgie has been keen on whetting Britain’s appetite for lechon and other roasted and grilled Filipino fares. Through his pop-up Sarap London, Budgie has been spearheading a monthly supper club called aptly Pulutan Nights, which easily became the talk of the town in the UK’s foodie circles.

While supper clubs allow for limited engagement and a smaller number of diners owing to its traditional format of dining and social club, Budgie’s residency at the Soho joint will open the doors wide for people around the world to feast on lechon and pork barbecue all day, every day. Sarap’s new location is very strategic in that Soho is London’s culinary epicenter.

“Lechon, Filipino pork barbecue and other small plate Filipino dishes that pair well with beer and cider have been warmly received in the UK’s pub circles,” said Ambassador Antonio M. Lagdameo. “Chef Budgie’s innovative take on Filipino food has also been a powerful way to encourage people to discover the joy of savouring Filipino cuisine.”

Man of the kitchen

Chef Budgie left his IT career in 2012 to study culinary arts at Technical and Further Education (TAFE) in Sydney, Australia. He spent his weekends working alongside master chefs in different kitchens to hone his skill and master his craft. He eventually moved to the UK where he was able to cook in top restaurants such as Story and Soho House. Budgie served as a commis chef of Dean Street Townhouse of Soho and eventually as a head chef of Foley’s Restaurant in Fitzrovia, Central London. Budgie established Sarap London, a Filipino pop-up and supper club that has become his chief vehicle in promoting Filipino cuisine in the UK.

Having come of age in Australia, Budgie uses cooking as a way to rediscover and reconnect with his Filipino heritage. His mother’s cooking has been a primary source of inspiration in his culinary undertaking. Yet despite growing up surrounded by culinary traditions, Budgie is fearless when it comes to reinventing Filipino food.

“I think tradition should always be respected but should never be a restriction. In order for Filipino cuisine to move forward, we need to not only look at our culinary traditions but to inject our own personal experiences,” he said.

“I look at tradition as a minimum standard, a starting point if you like. Tradition and authenticity are both words that are too often used to critique something or someone trying to do something outside of the box. But how can we move forward if we remain the same? I don't need to convince Filipinos that our cuisine is delicious, the challenge is convincing the rest of the world without compromising on the authenticity of the flavors,” he added. (PR)