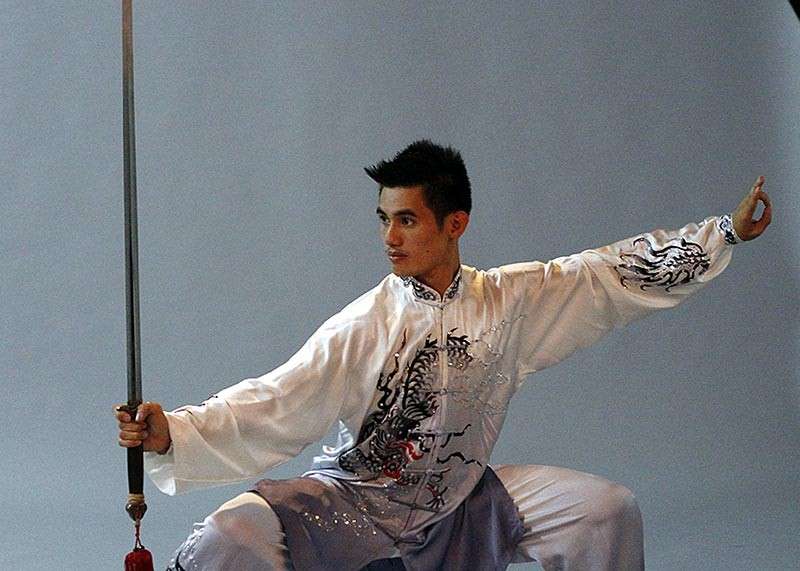 DAVAO. After a fruitful 2018, Daniel Parantac wants more this year as he keeps his focus for the upcoming Southeast Asian Games. (SunStar Baguio File Photo)

IT’S BACK to the gym for Daniel Parantac.

With the hope of winning another medal for the country, Parantac is looking forward for an international competition and month long training in China as he sets his focus on the upcoming Southeast Asian Games this year.

“We are eyeing at least one tournament abroad and another training in China to boost our chances sa SEA Games,” said Parantac.

The Baguio native said the upcoming international competition will also serve as a training ground for him even if he does not win a medal.

Parantac, together with the members of the Philippine Wushu team recently went home with five gold medals from the 1st Asian Traditional Wushu Championship in Nanjing, China from November 26 to December 1 last year.

Parantac, together with Agatha Wong, accounted for three of the five gold medals captured by the national team.

Wong topped the taijijian and taijiquan, while Parantac won one in taijijian along with Llabare and Thornton Quieney, Lou Sayan, with Gajo accounting for two more in changquan and daoshu. Degala and Gainzan each won a bronze medal.

With their recent wins, PArantac, during the Kafagway International Sportsman Luminary Awards Poduim (KISLAP) awarding said they hope to carry the momentum in the biennial meet which will be hosted by the country later this year.

Parantac was one of the 16 athletes and two coaches who were honored during the KISLAP awarding on December 29 at Sunshine Park.

The former University of the Cordilleras student meanwhile said he is looking forward to his possible final SEA Games appearance.