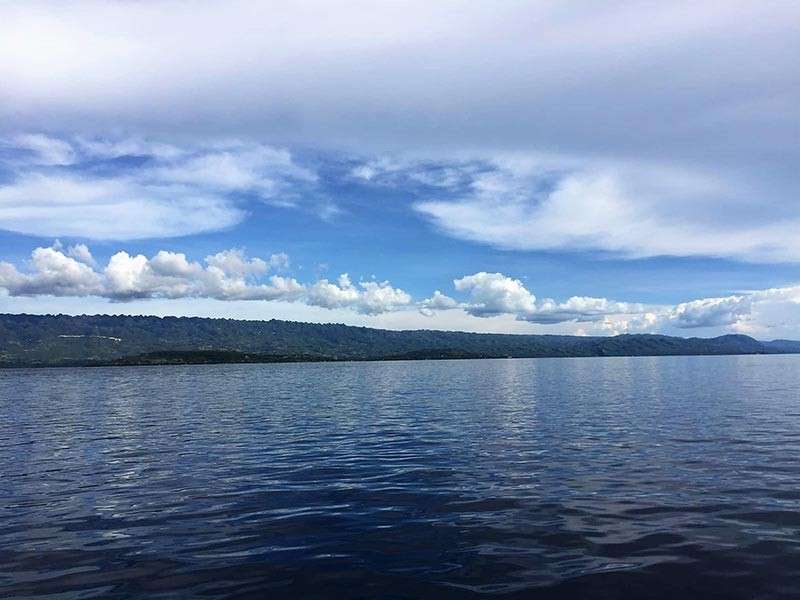 NEGROS. A portion of the Visayan Sea hosting the billion-peso blue crab industry, which is seen to get a boost through a collaboration between United States Agency for International Development, academe, and business sectors. (SunStar file)

A COLLABORATION among the United States Agency for International Development (USAid), academe, and business sectors is seen to boost the billion worth of fishery industry in Negros Occidental.

Frank Carbon, chief executive officer of Metro Bacolod Chamber of Commerce and Industry (MBCCI), said that USAid has tapped Silliman University (SU) in Negros Oriental and University of the Philippines–Visayas in Iloilo City for a possible collaboration to develop the Visayan Sea and southern Negros seas, respectively.

USAid is the lead U.S. Government agency that works to end extreme global poverty and enable resilient and democratic societies to realize their potential.

Carbon said seas in the southern portion of Negros fronting Hinoba-an, Sipalay City, and Cauayan are abundant in high-value fish products like tuna.

The Visayan Sea, meanwhile, hosts the blue swimming crabs particularly among the seas stretching from Talisay City to Escalante City in Negros Occidental, he said.

“We will convince them that the collaboration, particularly for the Visayan Sea, should focus on the Negros Blue Swimming Crabs as this is a billion-peso industry,” the MBCCI official added.

Citing the data of the Bureau of Fisheries and Aquatic Resources, the business chamber said that the blue crab industry in Negros amounts to P8 billion in 2016.

It is the fourth largest export industry in the country. Of which, 30 percent is contributed by the Visayan Sea particularly the northern part of Negros, it added.

Carbon said they were tapped by SU for collaboration for the development of the land side specifically in Negros Occidental.

The chamber understands more the market side like how the products will be processed, market, and even how to look for capital thus, this is where the business sector will come in, Carbon said.

He pointed out that USAid’s concern is on the seaside, the water side. They want to improve, rehabilitate, preserve, and protect biodiversity mainly through research initiatives with the academe.

The ultimate outcome of the collaboration is poverty reduction especially on the shoreline barangays and communities where 60 percent of the population is located, he added.

As this developed, MBCCI already communicated with the USAid’s representative in the Philippines.

The chamber told the agency that if they want to look at the Visayan Sea, the blue swimming crabs industry should be given attention as it will greatly impact the lives of the people.

Instead of low-value fish products which are for marginalized fishing and sustenance only, there is a need for an industry that will create high-paying and organized jobs, it said.

Moreover, the foreign government agency is seen to bring in millions of assistance for this endeavor.

In terms of timetable, Carbon said they expect to finish all the discussions, including the preliminary and exploratory talks, this month.

After the signing of contracts in February, the project may take off in March, Carbon said.

“This is going to have a huge impact in the province economy wise, poverty reduction, and in ensuring the sustainability of marine resources for future generations,” he added.