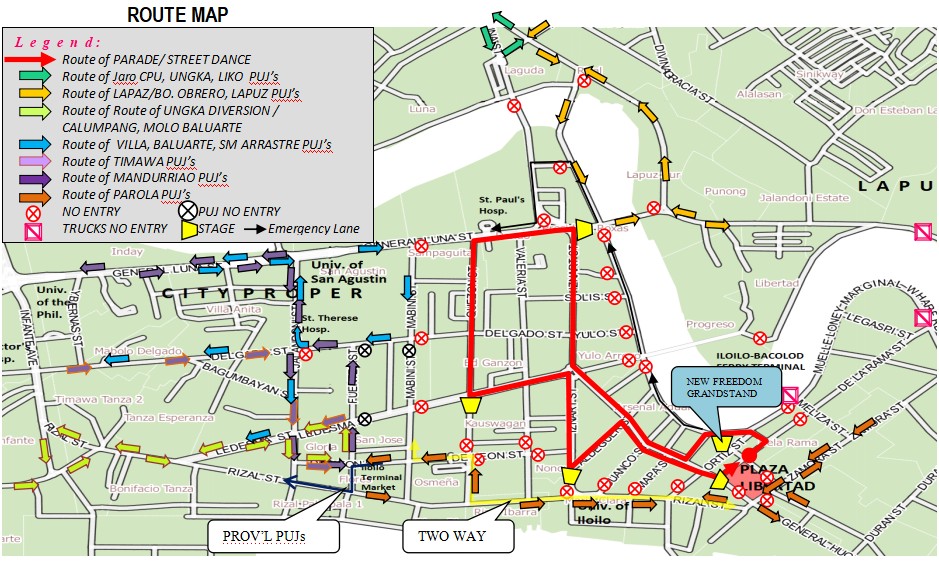 THE Public Safety and Transportation Management Office (PSTMO) has issued new temporary traffic scheme to be implemented during the opening salvo of the 51st Dinagyang Festival at 2 p.m. on Friday, January 11, however, the closure will took place at 1 p.m.