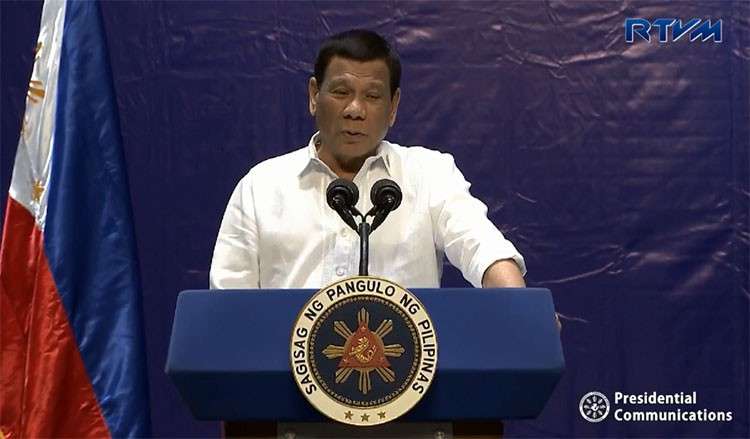 PRESIDENT Rodrigo Duterte on Tuesday, January 8, prohibited members of the police and military from drinking in public places, in an effort to stop them from being involved in trouble when they get drunk.

In a speech delivered in Pasay City, Duterte lamented that some of soldiers and policemen fought each other during drinking sessions, and in some cases, ended up killing each other since they were carrying their guns with them.

(To the policemen, I'm warning you, do not drink in public. I prohibited it in Davao, and now, all over the Philippines. Do not enter into drinking places because when you're already drunk, you become hard-headed. Do not bring your guns.)

Duterte gave the directive to the state forces, as he recalled beating a soldier and a cop in a hospital for shooting each other.

He noted that the police and military usually pick a fight over the microphone.

(Because the Army and the police personnel fight over microphone. 'My way...' The stupid policeman will then say, 'Hey, enough already, son of a b****.' [The one will respond], 'What did you say?' So the two son of a b****, stupid will shoot each other.)

Earlier, the President directed the police officers to stay out of casinos, which he branded as a place "crawling with usurers and kidnappers." (SunStar Philippines)