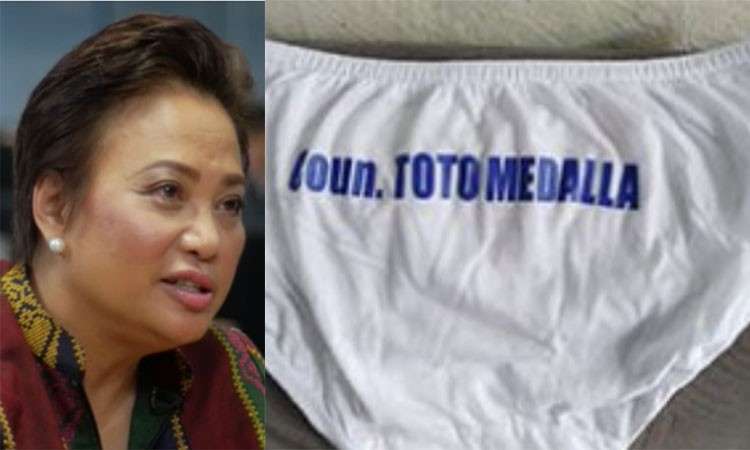 FIRST, people are talking about...

* CHOPPER ON RACE TRACK. To the first explanation of publicist Jonji Gonzales -- that the chopper carrying Presidential Assistant for the Visayas Michael Dino landed at the Ultra sports complex race track to pick up a passenger or passengers -- came Presidential Spokesman Salvador Panelo's defense: Dino was just a passenger; it should have been the pilot's job to clear the landing with the proper authorities.

* IS HONASAN DROPPED as secretary of Department of Information and Communication Technology (DICT)? He was bypassed last December 14 when Congress adjourned; he needs to be re-appointed by President Duterte. It looks though as if some C.A. members think he'd be a square peg in the technology hole. He might be named to another Cabinet post.

Cris Saavedra, self-proclaimed whistleblower on corruption, has raised a point that was probably discussed when the Cebu City Council deliberated last August on the P18 billion Kawit Island joint venture. If it was, the public did not quite get it and might need an explanation.

His concern is that the City Government entered into a contract with only Universal Hotels and Resorts Inc. (UHRI) for a mixed-use development of the island, including a gambling casino. In an interview Thursday (January 10), Saavedra told Jason Monteclar of dyCM radio that UHRI is "Gokonwei-led" but the parent company won't be answerable for liabilities under the contract. The Gokongwei fortune and expertise are not legally bound to the project, he said. The parent company could bail out if things would go wrong.

Saavedra also cited the long wait before the city could share in the venture profits. It is disadvantageous to the city, he said. And that COA allegedly did not have any part in the deal.

In other words, matters which should have been thoroughly threshed out at the City Council and in other public forums -- but apparently were not.

Who would read it?

When is women's underwear with the name of the candidate obscene? When does it demean women? Is it even covered by Comelec rules? As of now, it cannot be deemed unlawful propaganda.

Comelec Commissioner Rowena Guanzon, responding to a Namfrel tweet about a candidate for city councilor giving away women's panties with his name on each article, said Thursday (January 10) that "we should have rule on what materials are prohibited, Those that are obscene or show women as sex objects..." It is still not covered by Comelec regulation.

But is underwear obscene, especially when it is not publicly displayed? Does the candidate's name give the dash of lewdness? Would it "objectify" women sexually even if the candidate also gives away similarly printed briefs for men?

And who would read the name of the candidate printed on the underwear? It wouldn't have the repeat exposure of propaganda on a t-shirt or a leaflet. But it could be better remembered by the voter wearing the undergarment.

Who was more corrupt?

That question was asked in 2017 by Social Weather Stations. And the "winner" was not Ferdinand Marcos, as many people expected, but Gloria Macapagal-Arroyo.

In the SWS poll, conducted in October and released in December of that year (and reported by Reuters.com), GMA polled 42 percent, while Marcos got 35 percent and Joseph Estrada ranked third with 16 percent.

The poll recorded the sentiment of the people at that time.

The nation's pulse was measured by interviewing 1,200 people.

And that sentiment 11 years ago may have changed since then.

It would be interesting what a new poll would reveal: whether the alleged media campaign to "revise" history has succeeded in changing people's perception of the Marcoses.

And whether that would impel GMA to conduct her own "whitewash-history's-dirt" campaign.